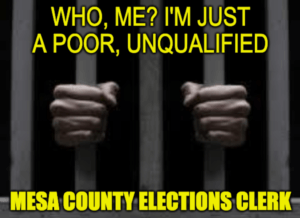 Tina Peters might have more legal exposure than previously recognized for having lost 574 ballots from the 2018 general election.

Colorado laws governing the conduct of elections include “neglect” and “failure to perform duties” among the list of behaviors by elected officials deemed punishable by fines, imprisonment, or both:

Tina Peters arguably violated, neglected and failed to perform her duty to count all ballots turned into the County in the 2018 general election.

Contrary to what the Mesa County Republican Party has asserted, this is not a trivial matter.

Also, the following statute broadly includes “other means” of tampering with mail ballots, and does not contain a provision differentiating between intentional or unintentional tampering:

Arguably, a crime was perpetrated against the voters of the County 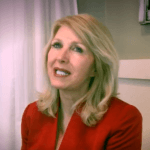 The Mesa County Republican Party argued in a 2/24 press release that the missing ballots were “nothing more than a completely unintentional mistake, and was not plotted or planned for the benefit of any political entity, candidate, or issue.”

Whether it was intentional or not doesn’t matter based on the wording of the statutes, though.

Peters’ election department treated 574 legitimately-cast ballots exactly as though they did not exist, and the end result is exactly the same as losing, destroying or hiding the missing ballots. The law does not say anywhere that if a clerk’s failure to perform her elected duties is unintentional, it is excusable. Peters was the single person legally responsible for the conduct of her department and everyone in it.

If a driver hits and injures a pedestrian and later says he didn’t mean to do it, the driver is not excused from being held accountable based on his claim that the accident was unintentional. The matter would be adjudicated and the driver subjected to a punishment deemed appropriate by the Courts, whatever the circumstances.

The same should apply here. The county’s actions injured 574 Mesa County voters who fully expected their votes to be counted the same as all others in the County. It might be appropriate for the courts to decide the appropriate way to hold the Clerk accountable for her actions, whether or not they were intentional.