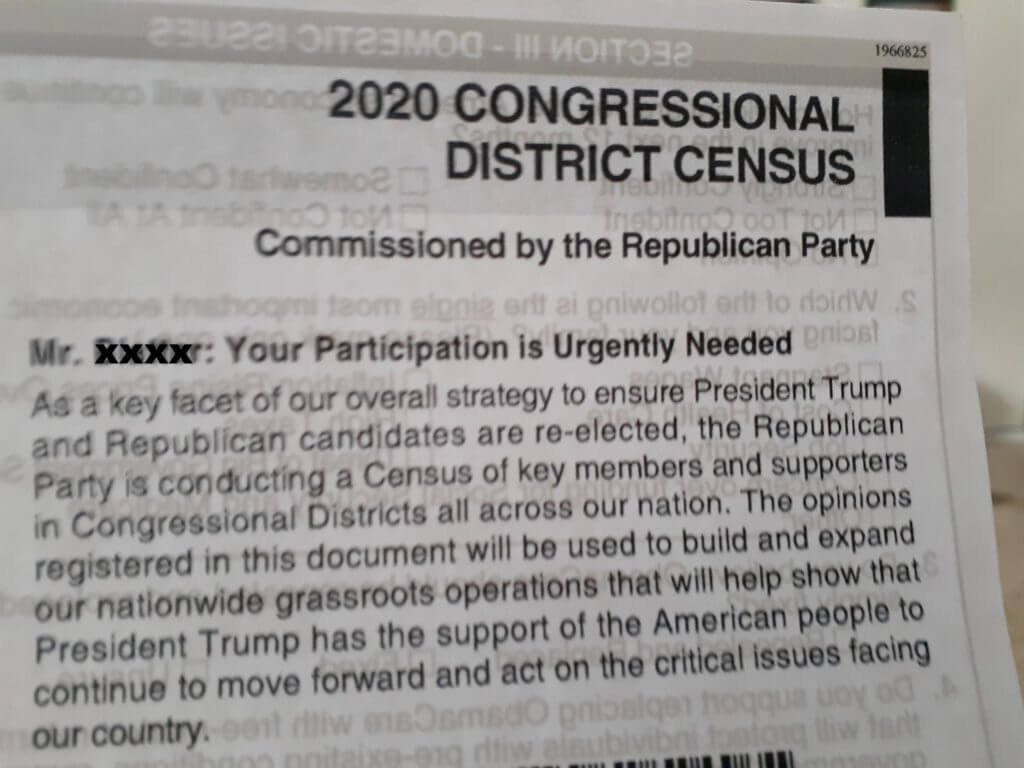 Republicans are sending out fake “census” forms to voters in an attempt to fool people out of participating in the real government census. The fake form also tries to convince recipients to send money to the Republican Party.

The administrator of a private Facebook group called “The Left Slope” posted photos on Facebook of a fake “census” form he got in the mail, sent by the Republican Party. Republicans designed the mailing specifically to resemble an official Census form, with a sheet containing survey questions. The mailer also has big letters declaring that it is the “2020 Congressional District Census.” 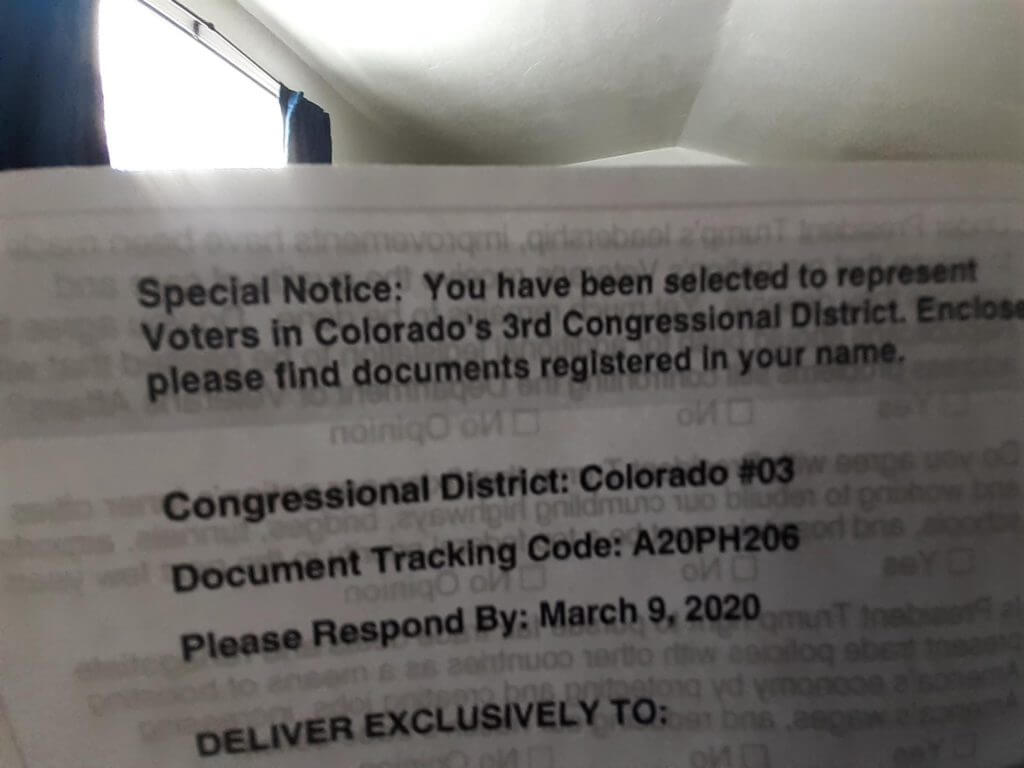 The fake census forms have been mailed nationwide and is timed to intentionally confuse people and discourage them from participating in the real census, which is just beginning now. The results of the government census determine political maps, allocation of federal spending and other important functions. Republicans are trying to discourage participation in a desperate bid to help the party hold onto power. Republicans are having an increasingly difficult time getting their candidates to win on the merits of their arguments, and so they are increasingly using underhanded tactics to try to win.

Mailings that try to raise money under the guise of being a census document are predatory and fraudulent.

The real Census questionnaires will arrive in the mail, but they won’t ask for money, or your social security number, credit card number, bank account numbers or for any funds on behalf of a political party. The real census form won’t ask you for your opinions about issues or anyone in office, or how you identify politically, and they won’t ask things like whether you “approve of the Democrats’ plan to have open borders.”

As the Trump Party faces a shrinking base and more people flee the party, the GOP is becoming increasingly corrupt and taking more and more desperate actions to try to hold onto power.

This mailing is one more piece of evidence reinforcing that fact.