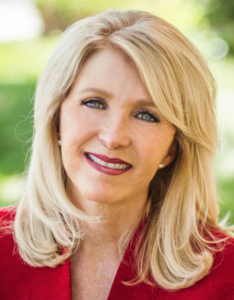 An online petition is up at Change.org demanding Mesa County Clerk Tina Peters resign her office in the wake of her shocking lost ballot scandal.

At first Peters took full responsibility for having forgotten to collect the ballots, which earned her some good will, but in a day or two she was blaming an unnamed former Clerk’s office employee for the error, enraging the public and flushing any good will she had gleaned by taking full responsibility.

Peters claimed the missing ballots wouldn’t have changed the outcome of any of the elections, but did not demonstrate this to the public.

As of February 25, 2020, Mesa County had 96,876 registered voters, but in the 2018 governor’s race, only  just under 29.5% (29,476) of them actually voted, making the number of forgotten ballots even more significant. This means the County Clerk’s office ignored about 2 percent of the votes cast.

It was widely recognized that Peters had zero experience as a county clerk prior to getting elected to the position in 2018. Her stated qualifications on her campaign website were that she helped her husband run a construction business, was a former flight attendant and had home-schooled her children. Her opponent in the primary was Bobbie Gross, a ten year veteran of the Mesa County Clerk’s office with years of experience running elections under her belt. Gross was also in charge of the entire Motor Vehicles division and all its employees.

Despite this glaring difference in competencies, Mesa County voters elected Peters by just 1,344 votes out of about 21,000 votes cast for that office.

Peters was on vacation at the Trump rally in Colorado Springs when news broke about the lost ballots. Since she started the Clerk’s job 15 months ago, about 24 of the 32 employees at the County Clerk’s office have quit. Peters has been hiring temps to try to fill the vacancies.

The Colorado Secretary of State has been notified of the error.