Calls started pouring into the Garfield County Public Health Department (GCPH) at 10:00 a.m. on June 6, 2017, from people complaining  they had come down with severe diarrhea and nausea. In all, 17 people called or walked into the health department that day saying they had suddenly become ill with the same symptoms.

What did all these people have in common?

They had all attended the Rifle Rodeo on June 5 and eaten food supplied by the only vendor at the fairgrounds that day: Lauren Boebert, owner of Shooter’s Grill and Smokehouse 1776.

That’s according to a 10-page GCPH report titled Rifle Rodeo 06/05/17 Outbreak Report, which is publicly available on the internet (pdf).

Boebert is against government regulation, but regulations keep people from doing things that hurt others

Boebert, the Republican candidate for House Representative in the 3rd Congressional District (our district), is a self-described uncompromising ultra-conservative who adheres to the right wing mantra that government regulations have no real purpose and are only there to infringe on people’s personal liberty and the free market.

According to the health department report, Boebert’s

“Food safety concerns and violations … included no cold holding, no hot holding, the facility does not maintain temperature logs so there was no way of showing that food was kept at proper temperatures, bare hand contact with ready-to-eat foods, no hand washing station, no barrier protection from insects, only one pair of tongs on site, no event coordinator paperwork completed prior to the event occurrence, and no temporary retail food establishment license was applied for, or obtained by the persons serving food at the rodeo. GCPH attempted to contact the Rifle Rodeo event coordinator for questioning, with no success. The time of food service at the rodeo was approximately 1700 hours until 2000 hours and occurred within the indoor arena located on the Garfield County Fairgrounds.”

By June 8, thirty eight more people had contacted the health department complaining of symptoms of food poisoning after eating at the Rifle Rodeo. Calls continued to pour in and by June 12th, GCPH’s list of affected people had grown to 80.

Their report noted that “100% of those interviewed with diarrhea ate pork sliders” at the rodeo. 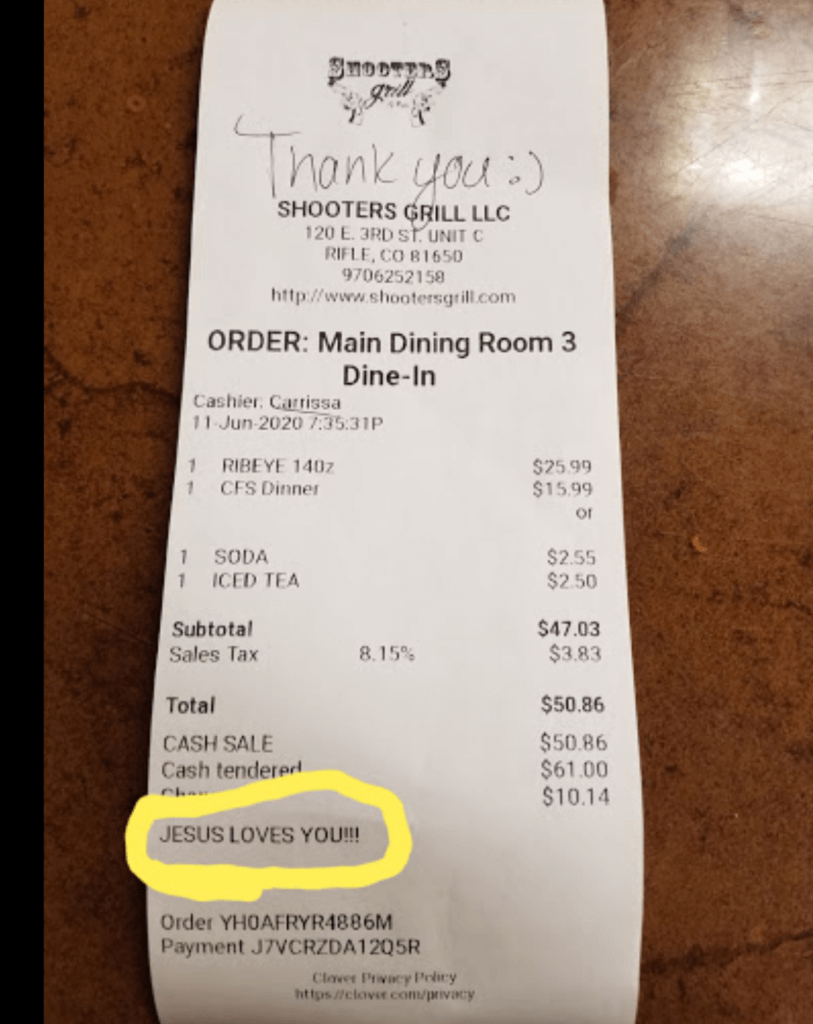 Lab tests found the people who consumed Boebert’s food that day were infected with Clostridium perfringens, the microorganism that is the single leading cause of food borne illness in the U.S., causing around 1 million cases of food poisoning in the U.S. every year.

According to the report,

“Illness happens when people swallow a large amount of bacteria, which then makes a toxin in the intestines that causes abdominal cramps and diarrhea … Illness with C. perfringens occurs when food is left at an unsafe temperature, bacteria multiply in the food, and the food is consumed. When food is left at unsafe temperatures, the number of bacteria present in the food can double every 15 minutes.”

That’s nothing to poo pooh if you are a food service person and care about people’s safety.

Health regulations are put in place to keep people from doing things that  can harm a lot of other people, like mass poisonings.

But whether it was due to her ignorance or her ultra-conservative dogma, Boebert did not adhere to these guidelines, nor did she obtain the required license to safely serve food at the rodeo.

Instead, she just went ahead and did it, safety be damned.

She sickened at least 80 people before she was stopped.

Despite GCHD conclusively linking the 80+ person-food poisoning incident to Boebert’s pork sliders, in a July 18, 2017 article in the Glenwood Post Independent, titled “A message from the owner of Shooter’s Grill,” Boebert did not apologize and disavowed responsibility for the incident. Instead she blamed “fecal matter on the grandstands” for the poisoning.

The moral of this story is that Lauren Boebert will circumvent laws that are put in place to protect people’s safety, and based on her track record, if she gets elected, we can count on her to continue her same thoughtless behavior as a member of Congress.