Former Trump campaign chair and White House adviser Steve Bannon has been arrested along with three others on charges they duped Trump’s supporters into believing they were contributing to building Trump’s border wall, when in reality Bannon and his colleagues diverted donations to fund their personal expenses and lavish lifestyles.

Bannon was arrested with veteran Brian Kolfage and political strategists Andrew Badolato and Timothy Shea. The four operated a crowdfunding site called “We the People Build the Wall” that later became the nonprofit “Build the Wall.”

Trump supporters rushed to open their wallets and fund it. The site raised $17 million in the first week after it was formed and about $25 million overall.

“Build the Wall” promised Kolfage would take no salary for his work and in January, 2019 Kolfage even promised donors that if 100% of the money raised did not go towards building the wall, the organization would “refund every penny.”

A press release issued by the U.S. Department of Justice this morning says:

“The defendants allegedly engaged in fraud when they misrepresented the true use of donated funds.  As alleged, not only did they lie to donors, they schemed to hide their misappropriation of funds by creating sham invoices and accounts to launder donations and cover up their crimes, showing no regard for the law or the truth.  This case should serve as a warning to other fraudsters that no one is above the law, not even a disabled war veteran or a millionaire political strategist.” 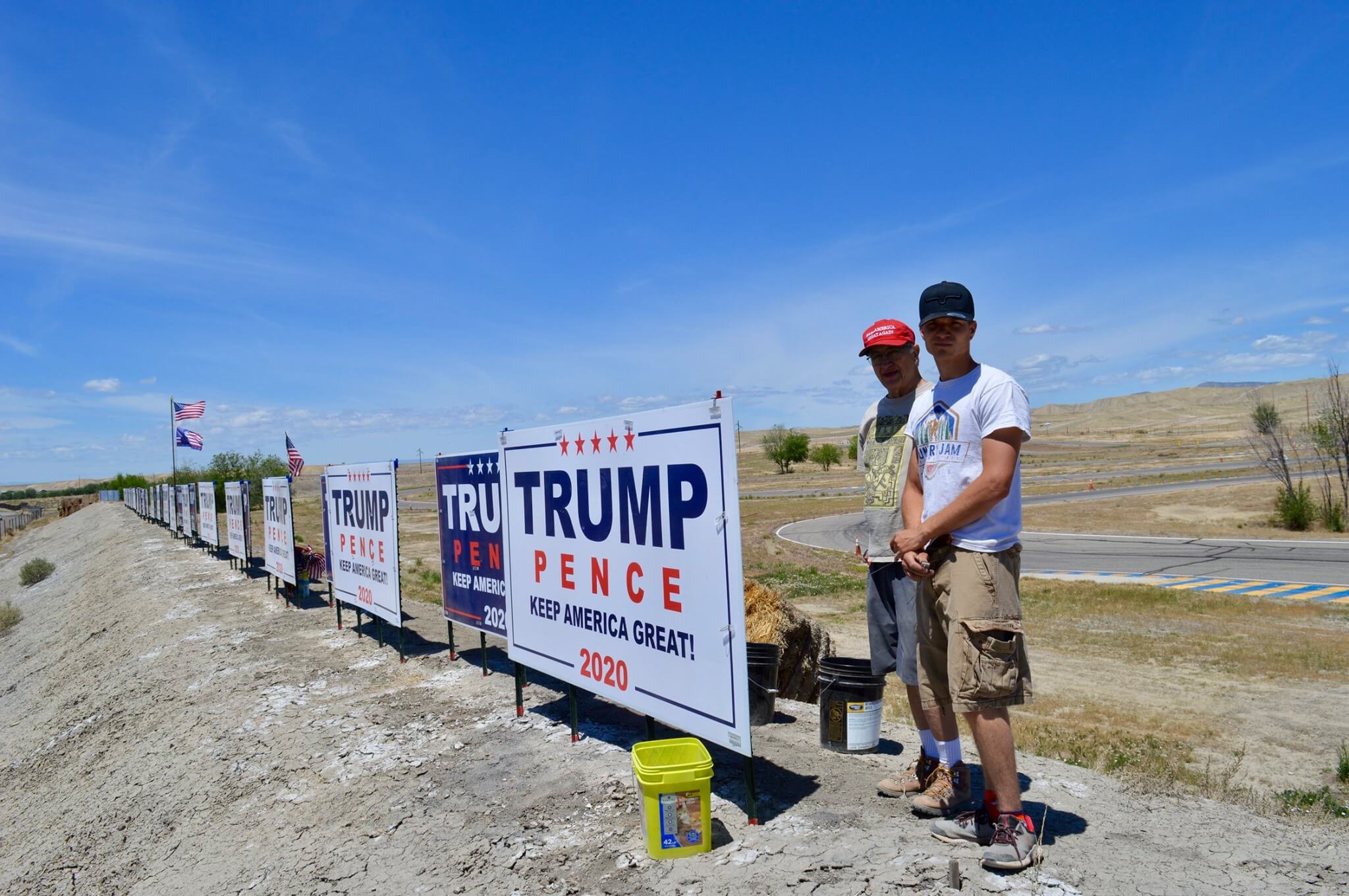 Jim Hargas (L) and Sam Godfrey (R), proud of the massive “Trump wall” they erected along I-70 at the Grand Junction Motor Speedway north of town, owned by Darren and Stacey Cook, and paid for with help from the Mesa County Republican Party. (Photo: Facebook)

The four laundered donations to “Build the Wall” through their spouses, shell corporations, “associates” and additional nonprofits they created, and labeled the laundered payments “media,” “social media” or other general descriptions.

Kolfage paid himself a salary of $20,000 a month and hundreds of thousands of dollars went to Bannon and the others for luxury items and personal expenses. Kolfage, for exampe, spent his money on home renovations, jewelry, a luxury SUV, a new golf cart, taxes, cosmetic surgery and boat payments.

Fox News reports (video) that Bannon was arrested on a boat off the coast of Westbrook, Connecticut.