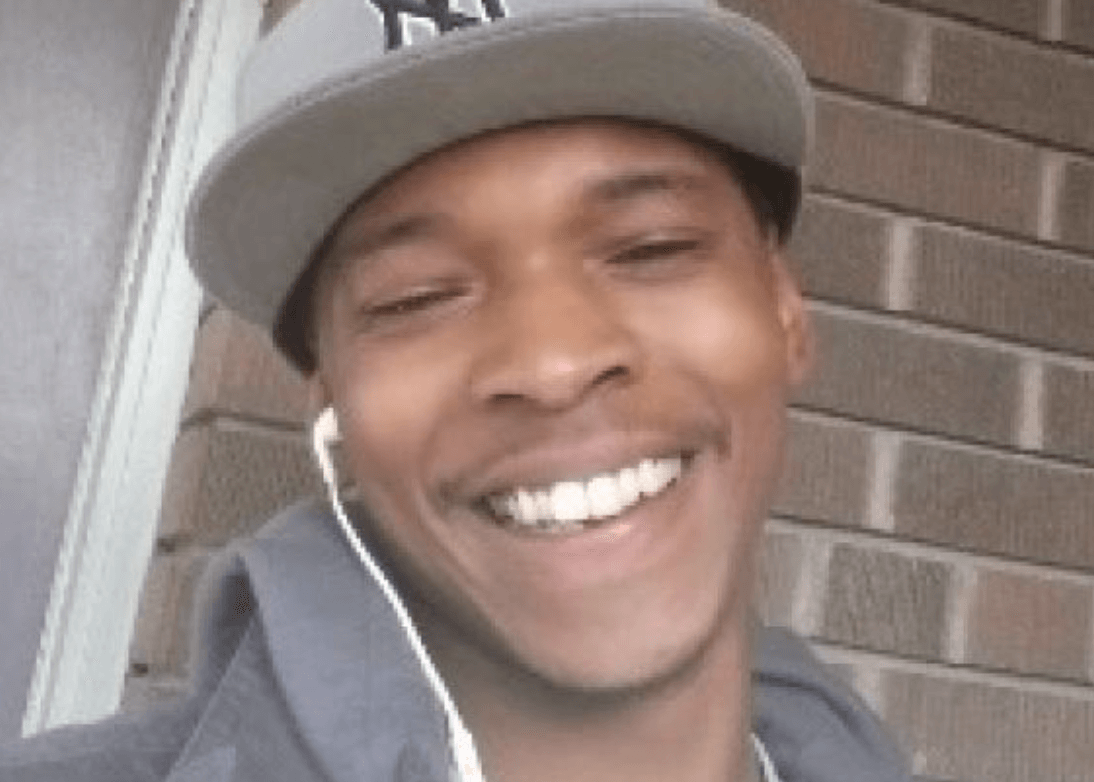 In an alarming case that has received little to no attention, Deandre H. Rogers (pdf), a Black man aged 32, was found hanging in a carport in Grand Junction, Colorado on September 21, 2020. He had participated on June 1, 2020 with a group of local Black Lives Matter activists who met with G.J. Police Chief Doug Shoemaker in the lobby of the Grand Junction Police Department to protest unjust treatment they had experienced at the hands of local law enforcement. The discussion took place about a month after the murder of George Floyd at the hands of Minneapolis Police on May 25, 2020.

Rogers can be seen about two minutes into this video of the discussion in the G.J.P.D. lobby that day shot by KREX’s Star Harvey. Rogers is wearing a black UnderArmour hoodie with a white stripe down the sleeves, and he tells Police Chief Shoemaker about an encounter he had with police that he found extremely disturbing and unfair. (WARNING: There is some profanity near the beginning of the video by other participants.)

Rogers appears about two minutes into the video, describing an incident to Chief Shoemaker in which he (DeAndre) was in a car that got pulled over on North Ave. near the homeless shelter. Rogers says police ordered him out of the car. An officer came over and took a bag of marijuana out of Rogers’ pants pocket. The officer asked Rogers what was in the bag, and Rogers told the officer the bag contained marijuana. Rogers said the officer held the bag up to his body camera and showed it to another officer and then put the marijuana back in Rogers pocket. The officer then gave Rogers a sobriety test in which he asked Rogers to count to the number 30. Rogers counted to 30, and the officer told him he passed the test, yet the officers arrested Rogers for a DUI, even though he said he wasn’t driving. The officers found a locked safe in the car and asked Rogers if he had the key to open it. Rogers said he did, but the officers broke into the box anyway, without waiting for Rogers to open it. Rogers was booked into the jail and charged with a DUI and bringing marijuana into the jail, because the officer had given him back the bag of marijuana. Rogers says he spent 20 days in jail and had to agree to a plea bargain in order to get released. When he finally left the jail, Rogers says, he was given his clothes back, but someone had urinated on them, so jail personnel gave him scrub pants to wear instead. Rogers says that they also “took one of my shoes, just to embarrass me.”

The Grand Junction Police Department would not supply any information on the case, saying the case of Rogers’ hanging death “is currently an open investigation so there is no releasable information available at this time.”

The police and coroner reportedly have both ruled Rogers’ death a suicide, even though the G.J.P.D. said October 22 that the case is currently “an open investigation,” and the family disputes the conclusion.

Local media has not reported on Rogers’ hanging death, which occurs amid a rash of other young men  being found hanged across the country.

Rogers’ death has not been reported locally, except on social media. A family friend created a GoFundMe page to help collect donations to pay for Rogers’ funeral.

The case joins a rash of other suspected lynchings of young Black men throughout the U.S. which come in a time of mass protests about racism. All those incidents were ruled suicides, and most of the families have disputed the conclusions.

The Orlando, Fl Sentinel reported on October 13 that the body of 22 year old Nevan Baker, was found hanging from a tree. The police ruled the death a suicide, which the family disputes.

On May 31, the body of Malcom Harsch was found hanging from a tree outside the public library in Victorville, California. Harsch’s family does not believe the death was a suicide.

In June, a 24 year old Black man, Robert Fuller, was found hanging from a tree in Palmdale, California, next to a church and outside a library. Authorities ruled the death a suicide, but an outcry among citizens caused authorities to re-open the case.

Also in June, the body of a 17 year old Black male was found hanging from a tree on the playground of an elementary school in Houston. Around that same time, a hispanic man was found hanging in an area of Houston called Shady Acres.

DeAndre Rogers was the father of eight children.