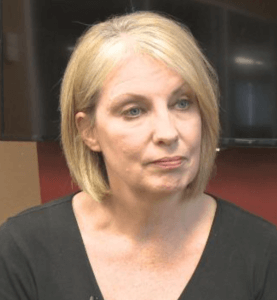 The group engages in “[foster] training with a solid Christian perspective,” and provides training to “Christian parents wishing to foster and adopt.” The group’s website makes no mention of recruiting families belonging to any other religions or of no religion.

2008 Daily Sentinel article showing how Janet Rowland used her religion to grandstand, bringing threats of a lawsuit against the county.

The grant arguably violates the separation of church and state embodied in the Establishment Clause of the First Amendment, which prohibits government from taking any actions that favor one religion over another, and prohibits government from involving citizens in religion against their will. Even though the grant may have violated the law, it was put on the Consent Agenda at the Commissioners’ Monday, December 4, 2017 meeting. A Consent Agenda is for items that are so completely noncontroversial that they “can be approved by a single motion.” Consent agendas normally include rote or repetitive procedural items like renewing public transit contracts, and renewing cooperation between the City and County on processing elections.

The information about the county using taxpayer money to advance Christianity emerged on the heels of a complaint that a worker at a polling place in Clifton Christian Church used her position to tell voter that he should “attend church on Sundays” because church was “a nice place” and the county was lucky to have the church as a polling place. The voter had mentioned to the poll worker that he wasn’t Christian and was uncomfortable with having to enter a church to vote.