Colorado House Rep. Lauren Boebert kept tweeting during the January 6 siege on the U.S. Capitol even after Capitol police repeatedly told her and other legislators not to make any social media posts while sheltering from the armed and dangerous pro-Trump mob.

Boebert posted two messages on Twitter during the attack. The first one said “we were locked in the House Chambers.” In the second, Boebert said “The Speaker has been removed from the chambers.”

Boebert has been accused of posting these tweets to help insurrectionists locate House Speaker Pelosi in order to do her harm.

U.S. Senator Brian Schatz from Hawaii tweeted that legislators “were specifically instructed by those protecting us not to tell anyone, including our family, where exactly we were, for reasons that remain obvious.”

House Rep. Eric Swalwell of California, who witnessed police telling Boebert not to tweet, followed that up by saying “So were we in the House. @laurenBoebert was told by the Sergeant of Arms in the chamber not to make any social media posts. It was said repeatedly. She defied it because she is more closely aligned with the terrorists than the patriots.”

The Sergeant at Arms is the chief law enforcement officer for the House of Representatives, and the person responsible for maintaining order in the House side of the Capitol. 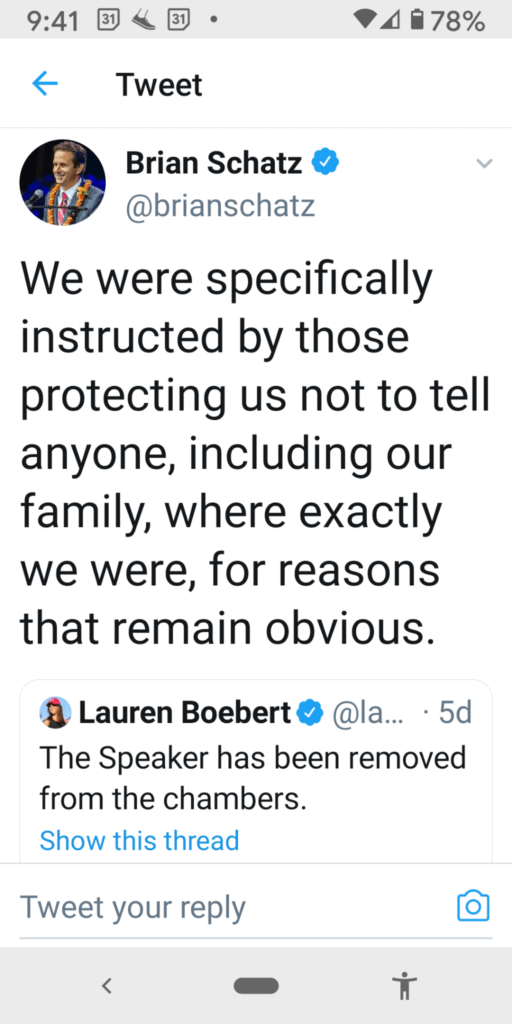 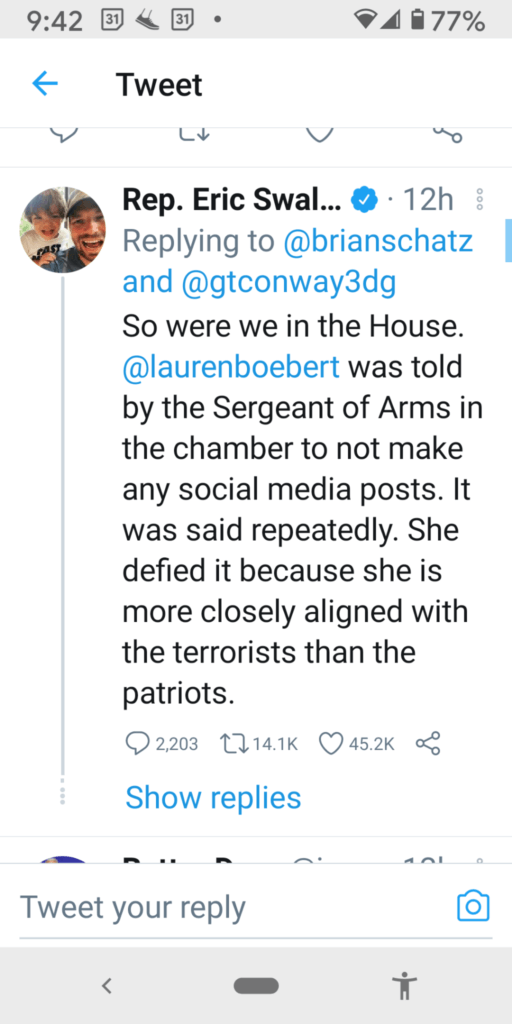 13 comments for “Rep. Boebert violated police orders to stay off social media during insurrection at Capitol”