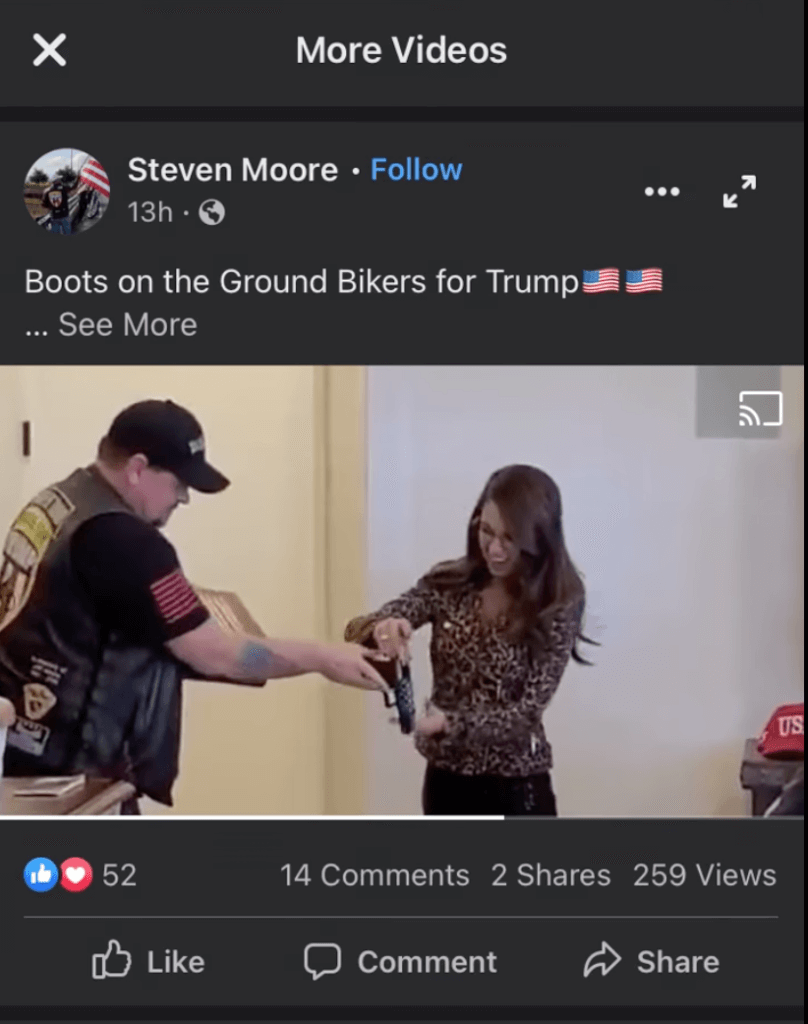 Boebert accepted the gun from a man who uses the online identity “Duke Everest.” He is really Cory Anderson of Grand Junction, of the Colorado chapter of Boots on the Ground Bikers for Trump, who also identifies as a Three Percenter. Anderson posted a photo of himself on Facebook on December 4, 2020 carrying a “Three Percenter” flag at the state Capitol, and he has a Three Percenter patch on his vest at a photo at the gun-gifting event.

Boebert posted a photo of herself on Facebook gleefully accepting the gun at and saying she “had a great time with Boots on the Ground Bikers for Trump and was “very grateful for their support.” She added an after-the-fact CYA “I like it so much, I plan on buying it so I can keep it. What a great group of patriots!”

Boebert has claimed not to know Cory Anderson and his wife Jacqueline Anderson, but many photos of the three of them together appear online, and Boebert appeared with Cory in professional campaign photos. 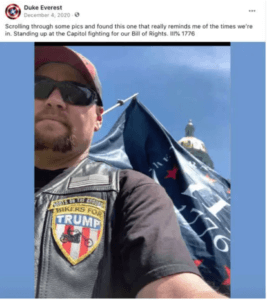 Cory Anderson, who gifted Boebert the custom gun, is seen in this photo carrying a “3 Percenter” flag at the state capitol

The Three Percenters — the group to which Cory Anderson belongs — is among the three top right wing extremist groups currently drawing the most attention from the FBI in their investigation of the violent January 6th insurrection on Congress. The other two groups are the Proud Boys and the Oath Keepers.

Amazon.com has banned the Three Percenters from their charity shopping site, smile.Amazon.com

According to Dictionary.com, Three Percenters are an anti-government group that promotes gun ownership and believes in armed insurrection against the government. Their supporters have been associated with criminal activity, threats and acts of violence, and they are known for violent rhetoric.  Indeed, at the gun-gifting event, Anderson presented Boebert with a box of ammunition for the gun, calling the bullets “seeds of liberty.”

Three Percenters were present at the white supremacist rally in Charlottesville, Virginia in August of 2017 that turned deadly. 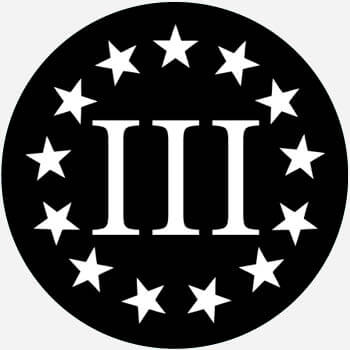 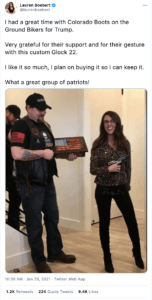 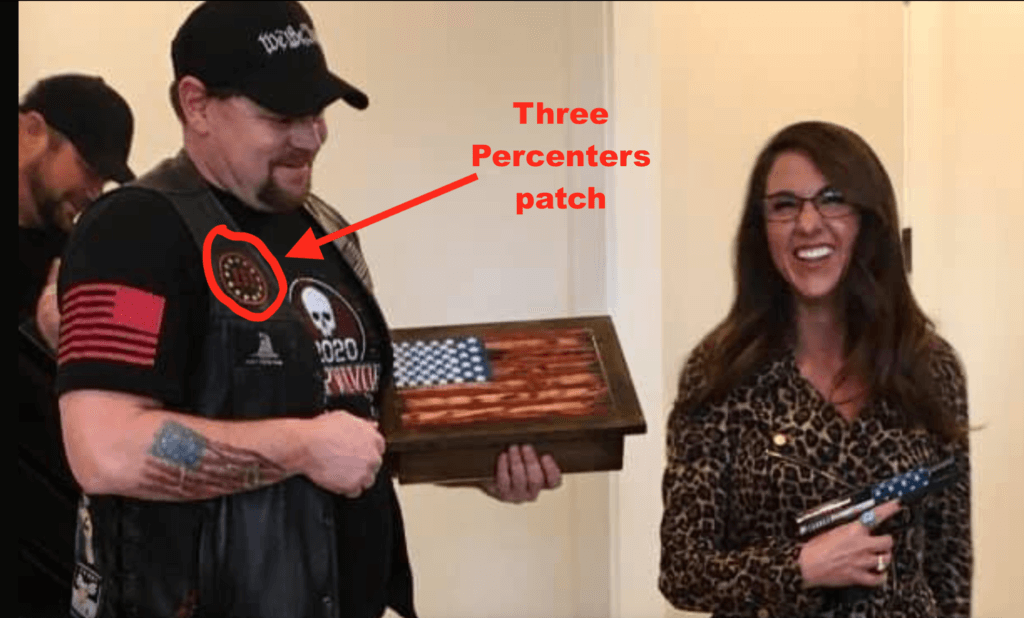 Boebert wrote on Facebook that she was grateful for the support of Boots on the Ground Bikers for Trump, some of whom are members of the extremist group the Three Percenters.

3 comments for “Video shows Rep. Boebert accepting gift of a Glock pistol from member of the Three Percenters”