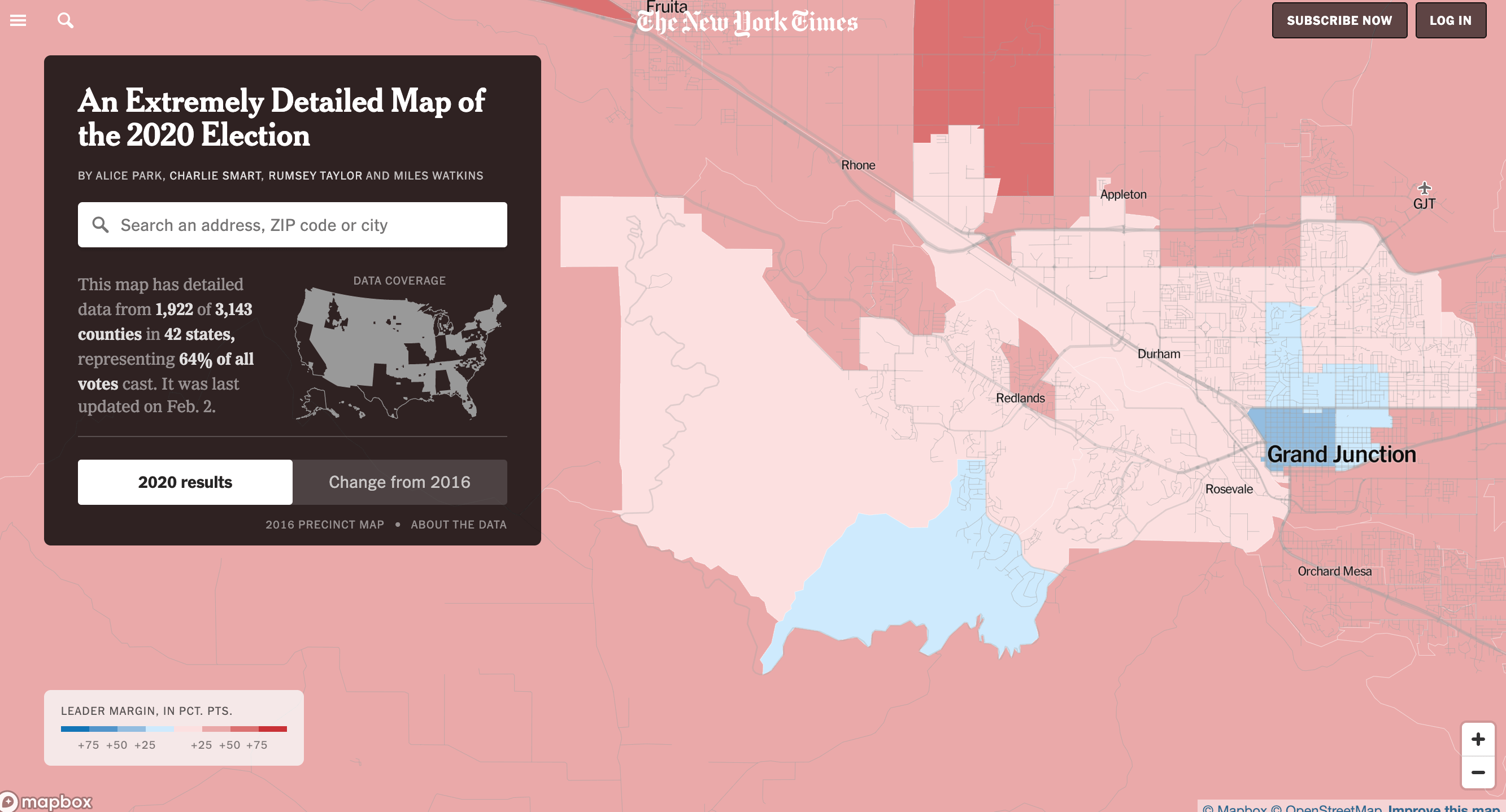 Local races still result in almost across the board wins for Republicans, but underlying trends show noteworthy political changes ARE happening in our area.

An extremely detailed interactive map of the 2020 election results published by the New York Times four days ago shows the Grand Junction are has undergone significant political change since 2018, and is continuing to trend more blue.

This shows a much larger area of Grand Junction trending significantly more blue than in the past, and the Redlands area is starting to follow.

The political change in our area since 2016 will raise eyebrows

The NY Times map also lets you click a button to see the change between the 2020 and the 2016 election maps.

From 30,000 feet, the political change going on in our area is actually quite astounding.

The map showing political changes since 2016 shows every single area of the Grand Valley floor trended more blue in 2020, ranging from just under 1% more blue in the areas with less prominent change, to over 17% in the areas that have undergone the most significant change. Here is the map of changes in vote locally since 2016, by area, with the darkest blue areas showing the strongest trend toward the Democratic Party. Virtually every area with any significant population trended more blue: 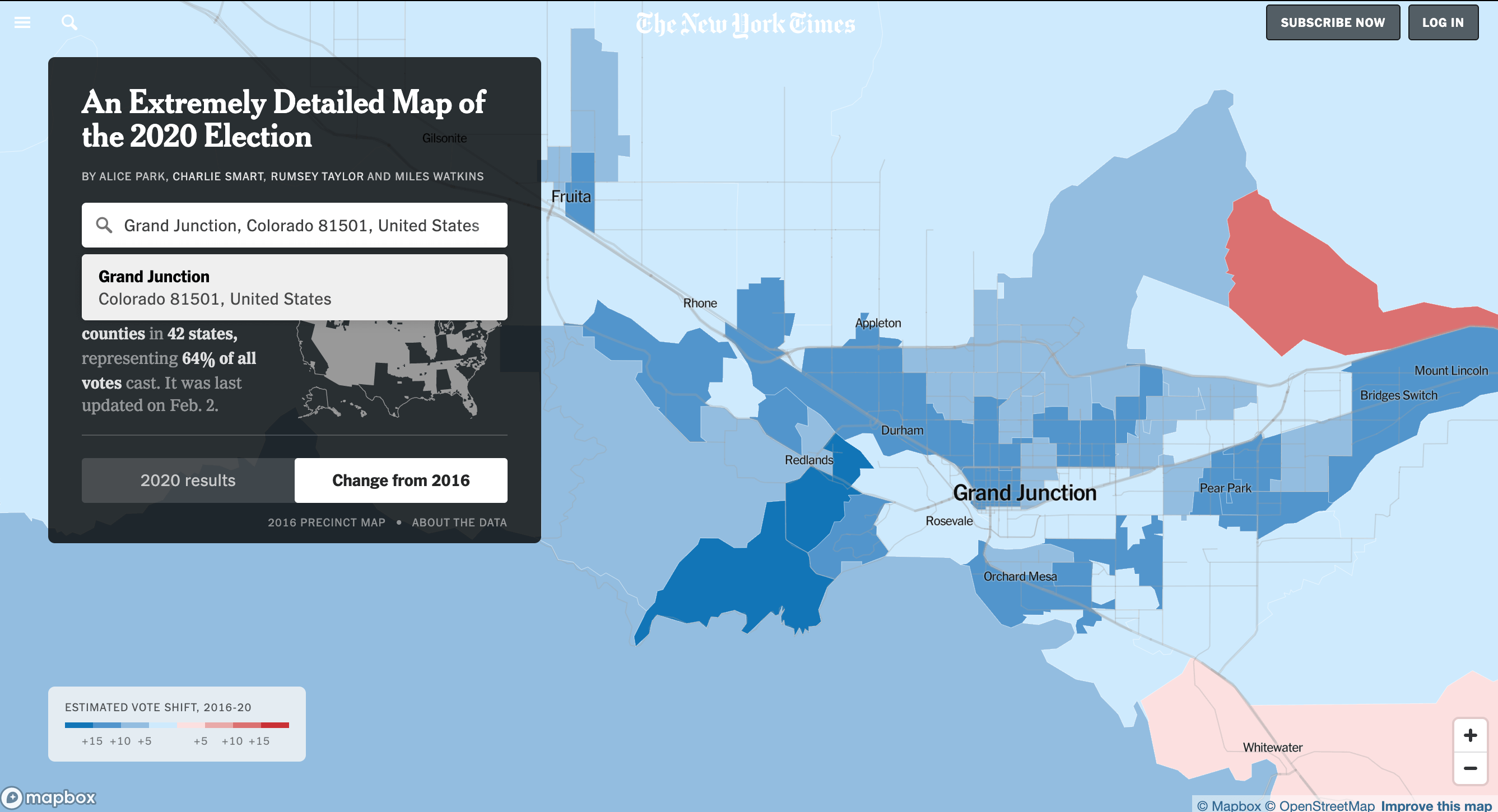 A map of how the vote in the Grand Valley has shifted politically since 2016 shows every single area trending towards being more Democratic.

It’s just a matter of time

So while for the time being Republicans continue to dominate politics in Mesa County, the 2020 election results reveal that our area is actually in an clear march towards becoming more Democratic.

It’s no wonder, since the Republican Party has started embracing lies, hateful speech, crazy conspiracy theories and attacks on democracy, and statewide, thousands of Republicans left the party after the insurrection at the Capitol January 6th.

The only question is, at what point will this trend towards blue reach a tipping point and make races in Mesa County more competitive?

At this rate, it could be sooner rather than later.