McCarney urges audience to file charges against Secretary of State

In his talk, McCarney first says he’s been a staunch, longtime defender of Mesa County Clerk Tina Peters, and then launches into a discussion of voting machines and how people have the right to look inside them. He tells the crowd that the Colorado Secretary of State has “committed crimes” and urges them to file charges against her for “voter intimidation.” He also says the FBI needs to be “brought up” on charges. McCarney finishes his talk by saying he expects to be targeted by the Internal Revenue Service (IRS) in April of 2022 for speaking out because “they already hate me…” and “they already hate you.”

McCarney’s talk begins about 31 minutes into the video. 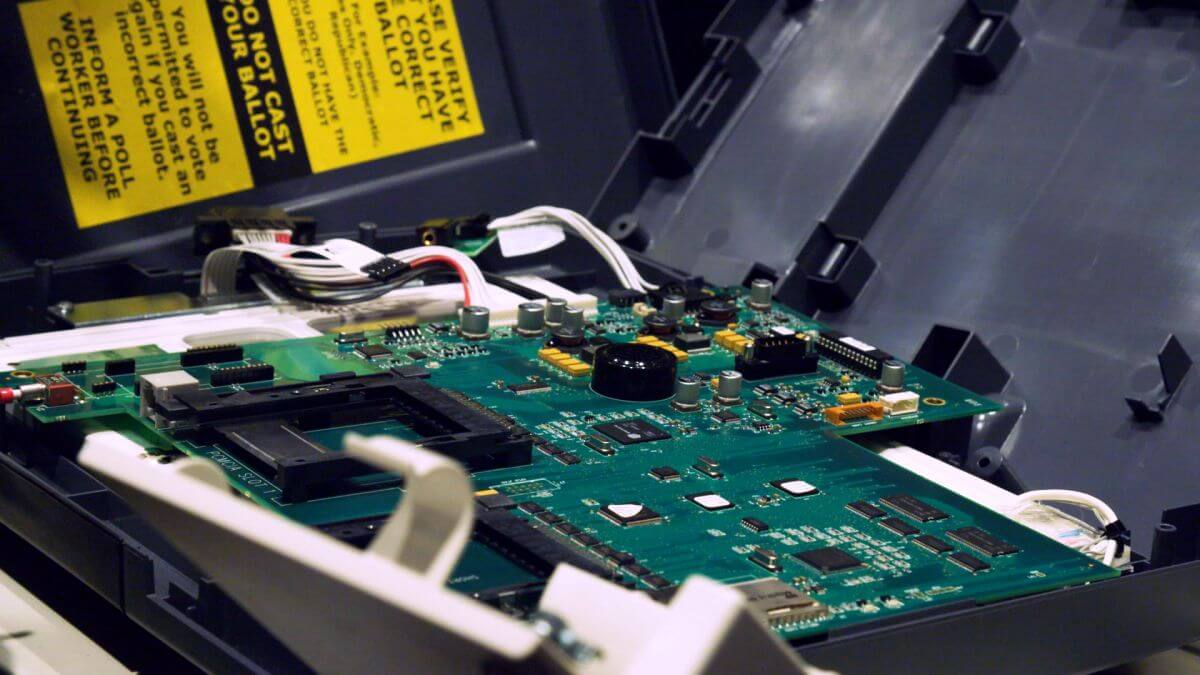 The inside of a voting machine (Photo: CNN)

“You have the right to look in those [voting] machines because you pay for them, you pay for them there’s nothing proprietary there. You pay for them. Sometimes I think they must think we’re all geniuses, that we can build our own computers and write our own software, and if we get a look at the components we’re going to steal their business.”

…”You can fight for her [Tina Peters] and you need to fight for her. You need to file charges against Jenna Jameson for voter intimidation. That is a violation of your civil rights. You should be able to look in the machines, that’s a violation of your civil rights if they don’t let you… I’ve got to tell you I have two friends … here right now — Corey, his wife — they have been hounded. They’ve had their phones tapped. They’ve been intimidated by the FBI, Jena Griswold … Those charges need to be filed. They need to be brought up, the FBI needs to be brought up. They’re the most corrupt institution in the United States right now. I worry [about] what’s going to happen next April because I’m out here shouting off that I’m going to get on it by the IRS because they already hate me, they already hate you. Hate does not win, the pastors made that clear tonight. We need to work hard without hate in our hearts. Give glory to God and fight for Tina. God bless you all and God bless Mesa County.”