Note: In light of Chamber President Diane Schwenke’s recent announcement that she is finally retiring after 25 years at the Chamber, I am re-posting articles about her disastrous tenure at Chamber in hopes that the Chamber Board will see what a boondoggle she’s been and finally take an entirely new direction when they hire a new president after she leaves. This article was originally posted on 9/28/21.

Local candidates usually tout their endorsements by the Grand Junction Area Chamber of Commerce, but the Chamber’s long track record of endorsing deeply flawed candidates shows that candidates should run from a Chamber endorsement as fast as they can, or at least politely decline it.

Observation of the Chamber’s endorsements going back a decade reveals that the Chamber does not evaluate candidates based on criteria like experience, background, education, knowledge or qualifications to hold office. Rather, the Chamber only considers a candidate’s political and religious ideology before endorsing them, and nothing more.

This extraordinarily narrow criteria has resulted in a flawed process that has proven detrimental to our community many, many times over. 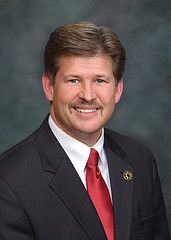 In 2012, Colorado House Rep. Laura Bradford, a Chamber- endorsed candidate, was pulled over by Denver police for driving under the influence of alcohol. She apologized and did not run again.

In 2012, the Chamber endorsed Rose Pugliese for county commissioner.

In 2010, Pugliese was an activist for a group that considered global warming “junk science.” She helped gather signatures on a petition demanding District 51 stop teachers from teaching about climate change, saying it scared children unnecessarily. While in office, Pugliese worked to kill the beloved Riverfront Trail system. She approved using taxpayer funds to retain a group that recruits exclusively evangelical Christian foster families, she spread false stories during the pandemic, promoted a climate change denier who spoke at Colorado Mesa University, rewarded a Collbran landowner for repeatedly violating the law, picked nasty public fights with now-deceased Department of Human Services Director Tracey Garchar, and backed the disastrous Tina Peters for Mesa County Clerk. 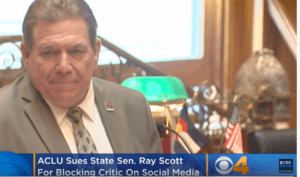 Ray Scott was caught double-dipping on his expense reimbursement

In 2014, the Chamber endorsed Ray Scott as a replacement for convicted felon Steve King, and they endorsed Scott again for election to the State Senate. In 2018, Scott was found to have double-billed both his legislative and campaign expense accounts for over $1,000 in Uber rides, effectively doubling his personal reimbursements. In 2019, Scott was sued by the ACLU for blocking constituents from his official government social media accounts, which had already been well-established as illegal — costing state taxpayers tens of thousands of dollars in legal fees unnecessarily.

In April of 2013, the Chamber endorsed Rick Brainard for G.J. City Council. Four days after he was elected, Brainard was arrested for assaulting his live-in girlfriend badly enough to turn half her face black and blue. In May of 2013, Brainard pled no 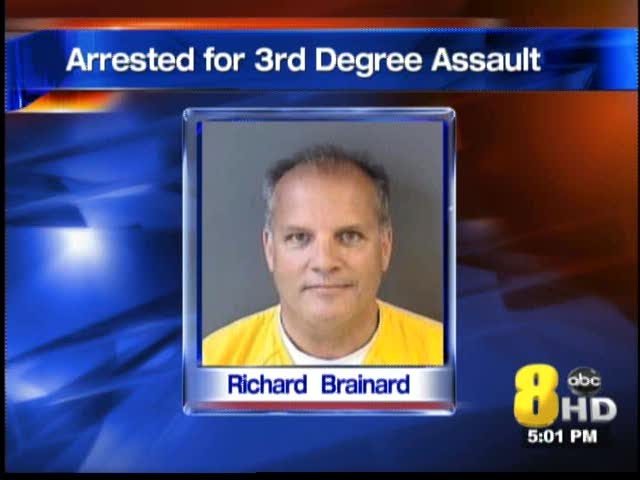 contest to the assault, but refused to step down from City Council until July of 2013, after generating months of outrage among Grand Junction citizens, and after citizens had put substantial time, effort and money into organizing a recall campaign against him.

In 2017, the chamber backed a candidate for school board, Tom Keenan, who couldn’t even write a coherent sentence.

In 2018, the Chamber endorsed Matt Soper for House District 54. In 2020, the Delta County GOP posted a video on Facebook of Soper spewing lie after lie to Delta-area citizens in a speech he gave about the pandemic on a street in downtown Delta. The Delta County GOP has since pulled the video from their Facebook page, but not before I transcribed some of Soper’s speech, so people could see the lies he told his constituents.

The chamber has backed a long list of boondoggle projects, too.

The above is just a fraction of the Chamber’s long record of tragic candidate endorsements.

But the Chamber doesn’t only endorse people who turn out to be double dippers, embezzlers, felons, woman-beaters, DUI recipients and marginally-literate candidates. They have also promoted a long list of expensive boondoggle projects, including Amendment 68 in 2014, which would have brought in large-scale gambling. They’ve also promoted a downtown events center, a widely disliked attempt to rename North Avenue to “University Boulevard,” and a project to widen the 25 Road corridor that was opposed by almost all businesses on 25 Road, whom the Chamber did not even consult before backing the project.

Historical evidence shows that almost without exception, a Chamber endorsement foreshadows a poor outcome for Mesa County citizens, and amounts to little more than a negative predictor of character than an objective analysis of who is the most suitable candidate for an office, or of what projects would actually be of benefit the area.