The comments were caught on video by PatriotTakes, which documents activities and statements of right wing extremist elected officials. 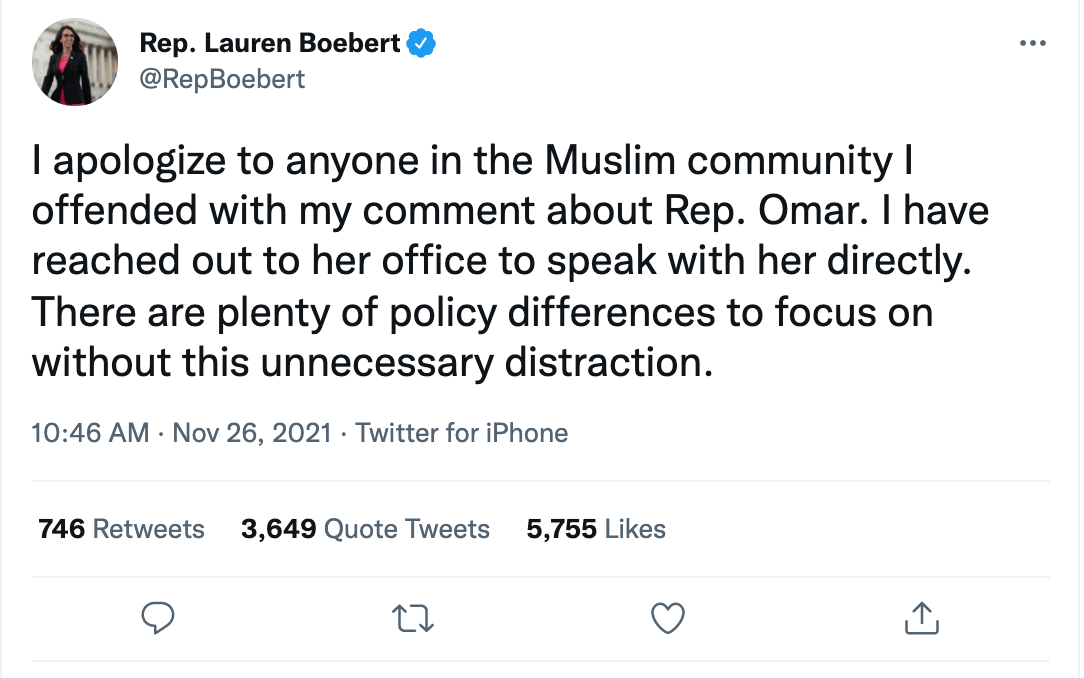 Boebert’s racist joke drew wide condemnation, to the extent that just days later she was forced to issue a rare apology on Twitter. Boebert, however, did not apologize directly to Rep. Omar, but instead apologized “to anyone to anyone in the Muslim community I offended with my comment about Rep. Omar.”

The incident made the 9News show “Next” in Denver, which, along with other news outlets, grappling with how to best cover Rep. Boebert’s almost-constant stream of hateful, bigoted and cruel public comments without giving her more media attention than they give to civil and humane elected officials. Boebert appears to make such cruel, hate-filled and bigoted comments frequently to aid her fundraising from an apparently similar base of bigoted voters.