Colorado House Rep. Lauren Boebert once again roundly embarrassed her western Colorado constituents nationally with her continuing over-the-top bad behavior, this time by shouting at President Biden during his first State of the Union speech on March 1 as he began to talk about his deceased son, Beau, who died at age 46 from brain cancer in 2015. Biden raised the issue of members of the military who, like his son, had “ended up in flag-draped coffins” after being exposed to toxic burn pits in the military. As Biden mentioned the soldiers who had died, Boebert yelled out “You put them there. Thirteen of them!” apparently referencing the explosion carried out by an Isis bomber at the Kabul Airport in Afghanistan last August that killed 13 American service members.

The unidentified member of Congress at left reacts to Boebert’s outburst during the State of the Union by putting his head in his hands.

Beau was an Iraq War veteran who had been exposed to toxic burn pits during his service in Iraq and Kosovo. Biden attributes his son’s early death to exposure to the toxins these pits emit. The military uses such burn pits to dispose of large quantities of materials used on bases, like plastic, used batteries and car parts.

The day after the State of the Union speech, Boebert used the news coverage of her cringeworthy outburst in a fundraising appeal that she sent out to her constituents: 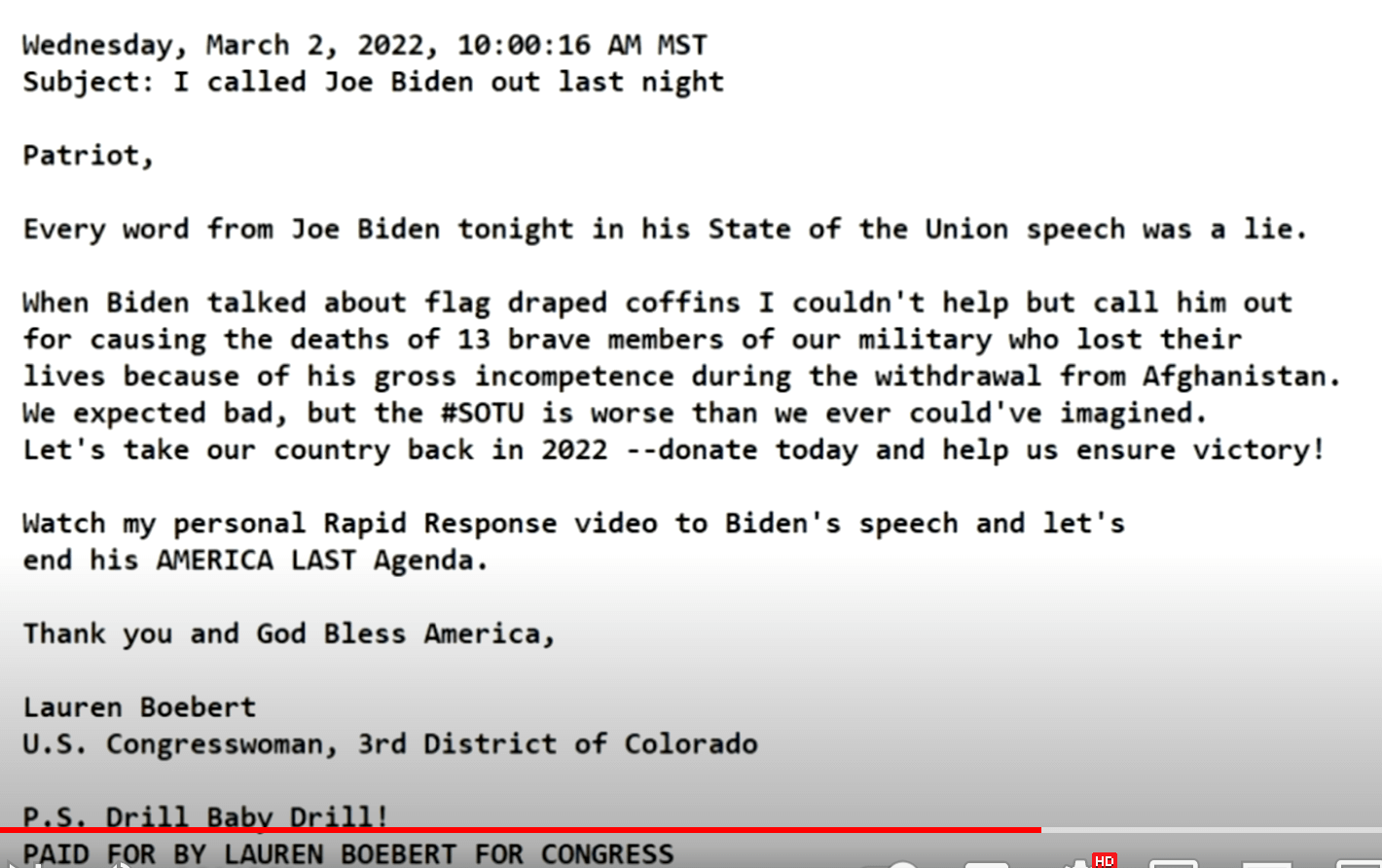 Democratic analyst Mike Dino said Boebert’s bomb-throwing approach is not helpful to her constituents, suggesting it would be more helpful for Boebert to “transition away from this class clown, immature act that she’s putting on.”

Even members of the Republican Party agreed Boebert’s latest stunt crossed the line. Republican political consultant Dick Wadhams said Congresswoman Boebert’s behavior was “very inappropriate” and said extremists like her are “poisoning the atmosphere” and making it harder to get work done in Congress. Even far-right Republican Rep. Ken Buck said her behavior was overboard: 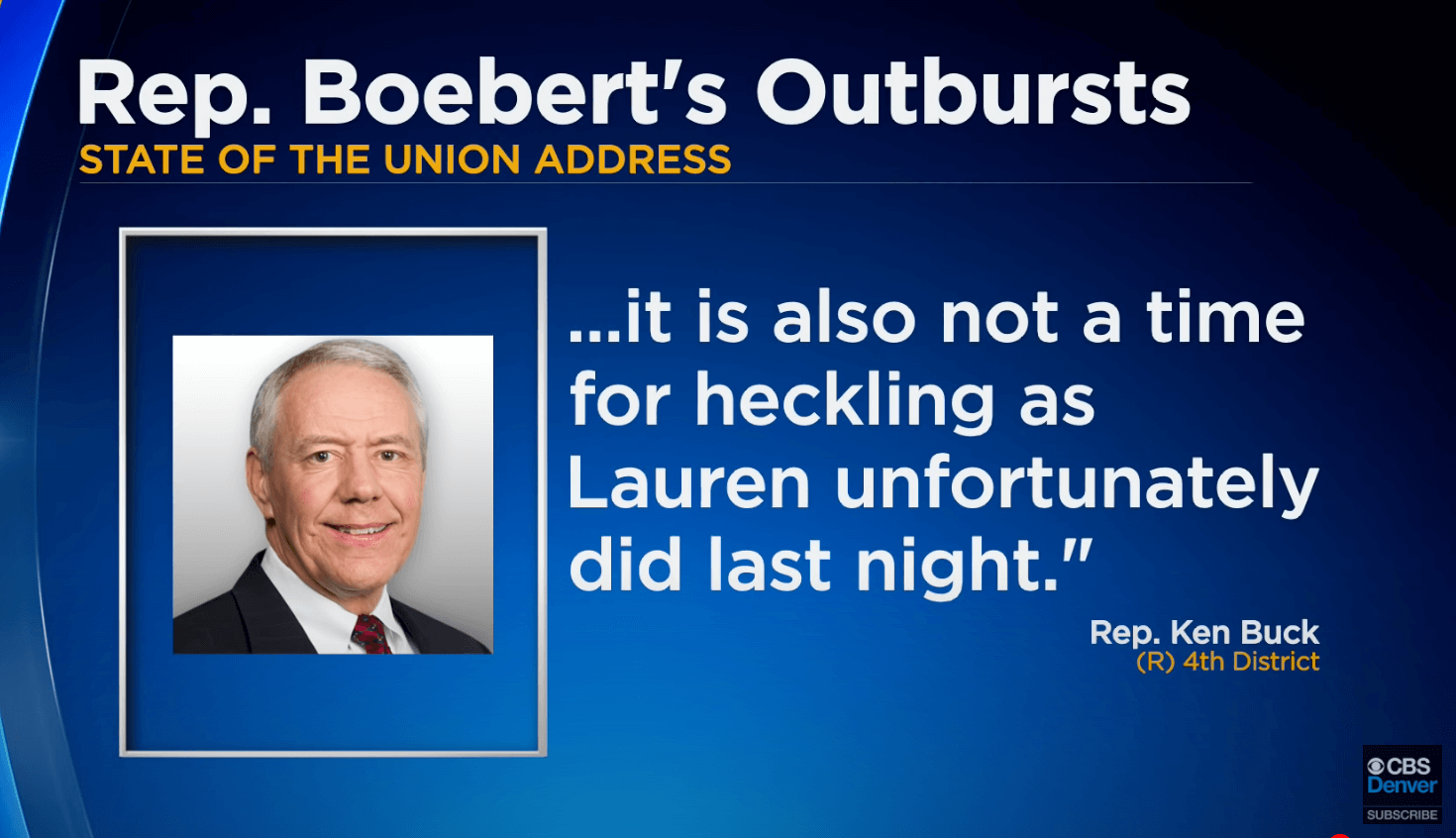 Ken Buck, himself a far-right extremist member of the Republican Party, reacted to Boebert’s shocking outburst

15 comments for “Rep. Boebert embarrasses western Colorado again with shocking outburst at State of the Union”