Support for Mesa County Clerk Tina Peters appears to be waning among her “base” in Mesa County as people discover Peters is willing to lie and sacrifice other people to further her own ends.

The Daily Sentinel reported today that enthusiasm for Peters among members of the far-right group Stand for the Constitution (SFTC) appears to be waning. The group, previously a strong supporter of Peters, invited Peters’ opponent for Secretary of State, Mike O’Donnell, to speak at their most recent meeting. The meeting was sponsored in part by Andrea Barber, the sister-in-law of Gerald Wood, whose identity Tina Peters stole in order to smuggle a third person into the Elections Department to copy voting machine hard drives. 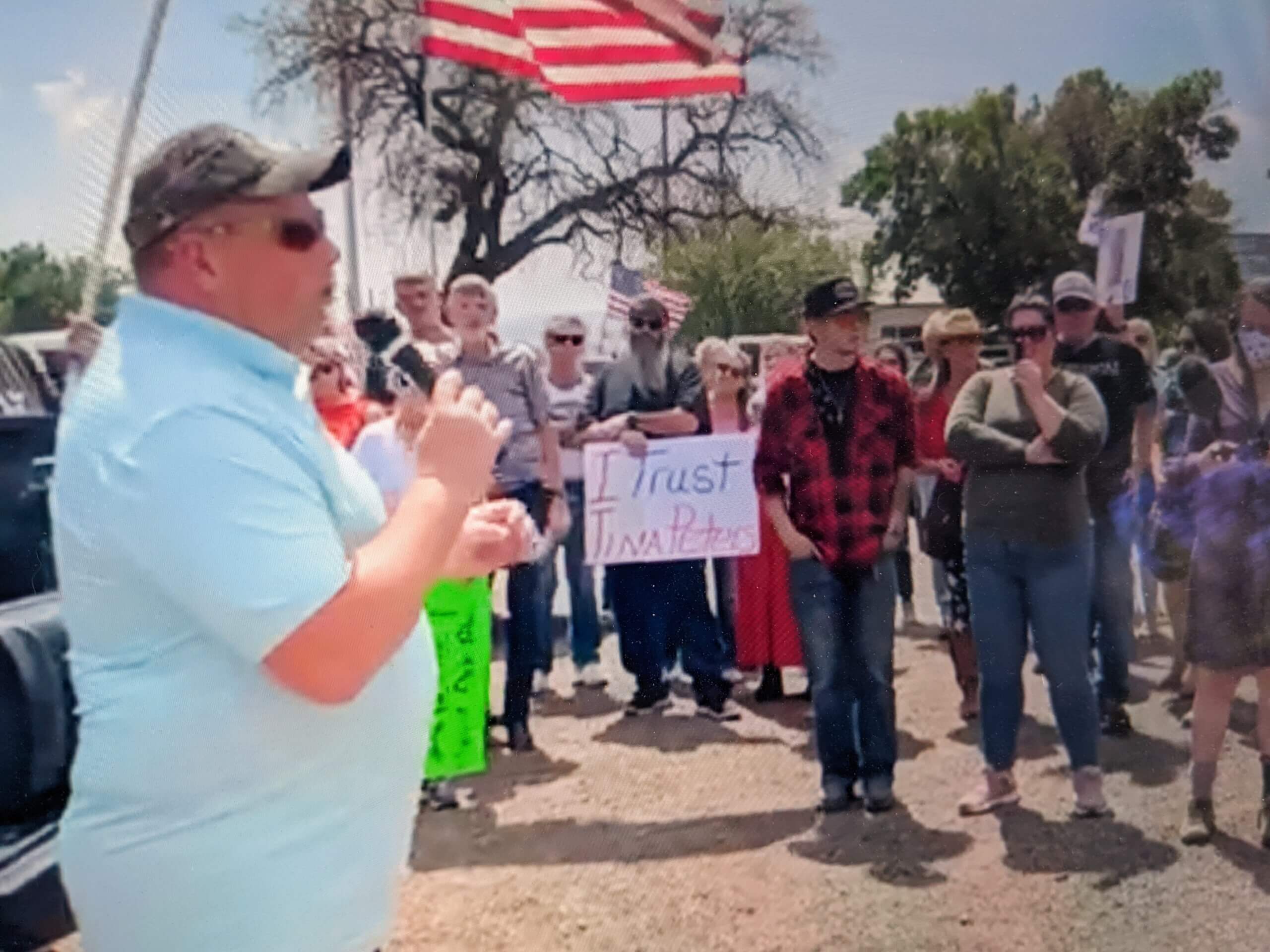 Peters’ actions swept up Fruita resident Gerald Wood into the criminal investigation of Peters’ election tampering, forcing Wood to have to prove to authorities he was not present at the time Peters had the hard drives copied.

Barber appeared at the Mesa County Commissioners meeting Tuesday, June 7 to invite them to an upcoming meet-and-greet with O’Donnell at the Ale House, saying,

“Good morning. My name is Andrea Barber and I am here today just to invite you to a meet and greet that I’m hosting for SOS [Secretary of State] candidate Michael O’Donnell. I have invitations that I can hand out, but as the most people in this room know, this issue became very personal for my family. Our duly elected Clerk Tina Peters stole my brother-in-law’s identity. She used his badge, while he was at a graduation party, to swipe into a secure area in Mesa County and left him and his family very vulnerable, taking the fall for her actions. Now that he has finally been cleared, we are actually able to talk about that.”

Barber also said Peters “goes on and on about the [voting] machines, which is something that she’ll have no control over as SOS,” while Mr. O’Donnell “will be focused on voter rolls, which is the job of the Secretary of State.”

Members of Stand for the Constitution rallied in front of the Mesa County Clerk and Recorder’s Office in August, 2021, chanting “We love Tina!” and displaying signs in support of Tina. That initially strong support appears to be waning now as more information emerges about what Peters has done.