This clip begins with Rep. Jaime Herrera Beutler telling the January 6 Committee about a phone call between Republican Minority Leader Kevin McCarthy and then-President Donald Trump, that she overheard during the attack on the Capitol January 6.

Rep. McCarthy, a staunch Trump supporter, was desperately trying to get Trump to call off the attack. But after the President refused to listen to McCarthy’s plea or take any action to stop the attack, McCarthy then tried contacting Ivanka Trump, and then Ivanka’s husband, Jared Kushner, and others, asking them to get the president to call off the attack.

The footage the Committee shows before the out-takes of Trump in the Rose Garden was what was happening at the Capitol around the same time McCarthy was on the phone, trying to get Trump to help them.

Three hours into the violent attack on the Capitol, at 4:03 p.m., Trump finally gave in to everyone’s pleas for help and went to the Rose Garden to make a statement. His staff had prepared a brief script for him to read, but he refused to read it. Here was the script they had prepared for him: 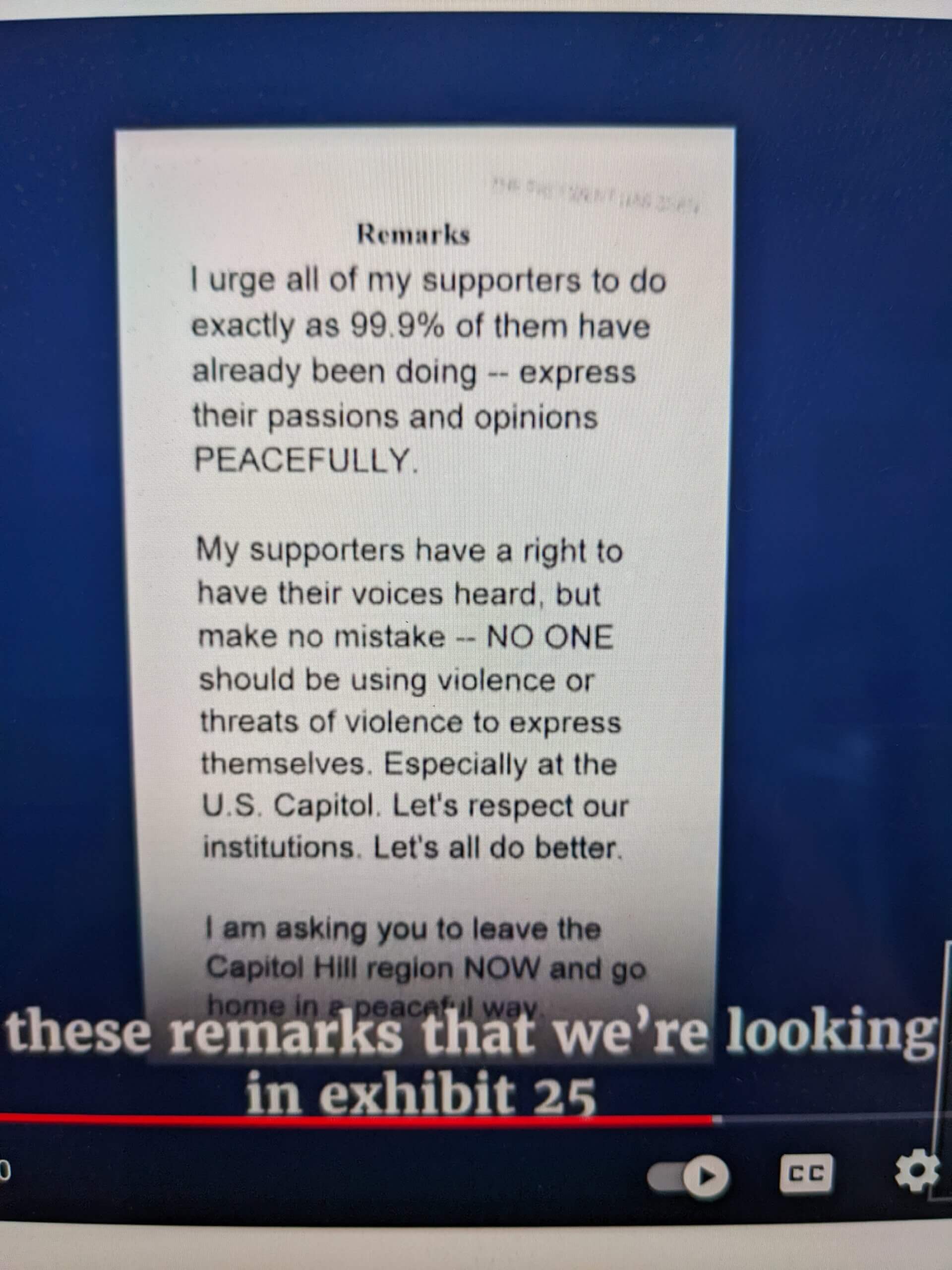 The Script Trump’s staff prepared for him to read January 6, calling off his supporters who were attacking the Capitol. He refused to read it.

Instead, Trump made off-the-cuff remarks that continued to stoke the lie he had already made about “a landslide election that was stolen,” and “a fraudulent election,” and told the violent attackers at the Capitol “We love you, you’re very special.”

The never-before-seen raw footage of the President recording his off-script message starts at 5:29 into the video.