Tina Peters recorded an 11-minute long message August 29 for the premier of the movie “Selection Code” at Mike Lindell’s “Moment of Truth Summit.”

The “Summit” was a two-day re-hash of Lindell’s failed “cyber symposium” in South Dakota last year, in which he tried once again to convince Americans that electronic voting machines must be eliminated.

Peters wore a long, dark evening gown with pearls sewn onto the sleeves, like one might wear to the Emmys. She was in a home living room backed by about 20 clapping, cheering people who were whooping and chanting “Tina, Tina, Tina!” One person held a red and white “Tina Peters for Secretary of State” campaign sign. 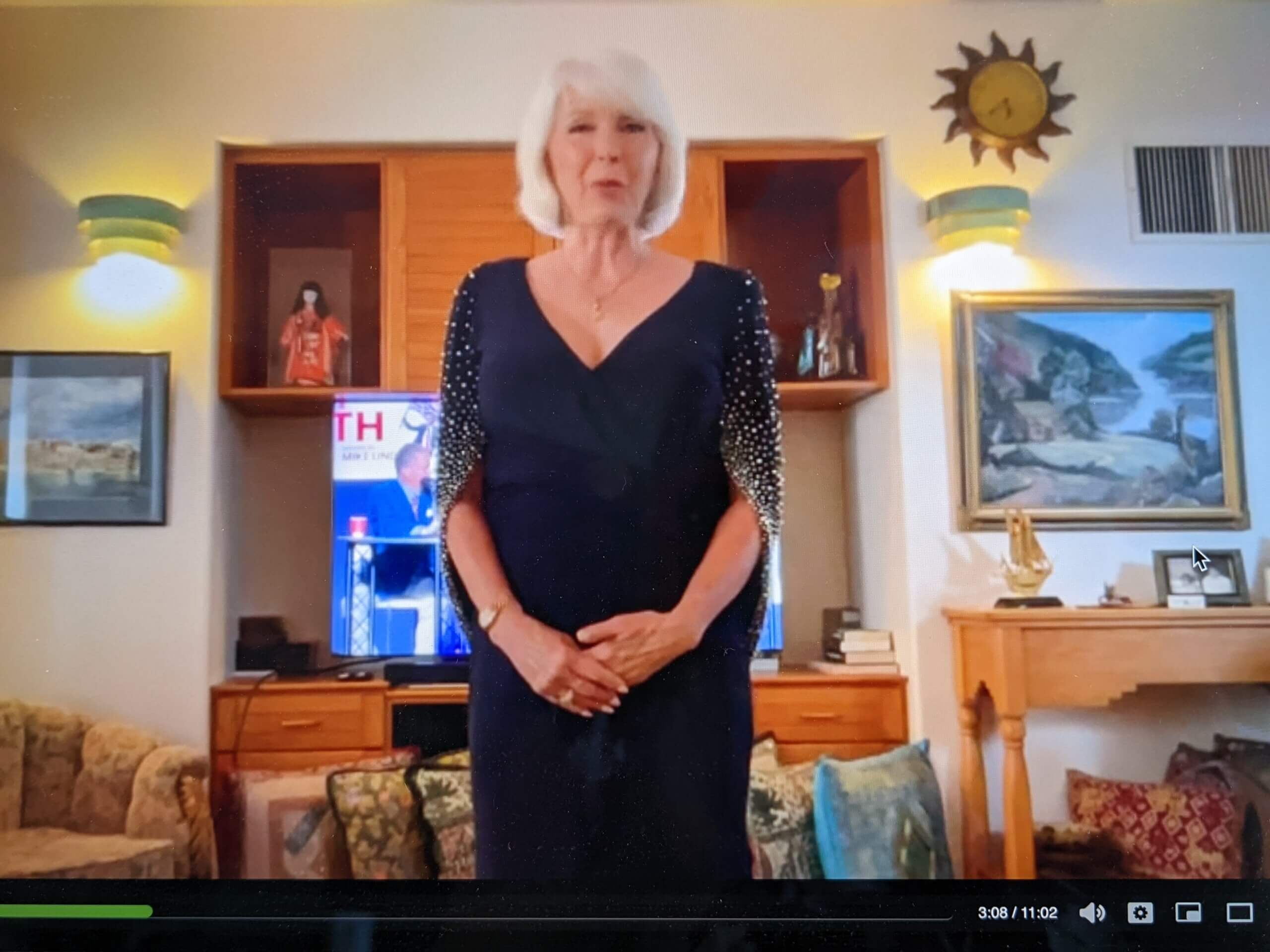 Tina Peters: “We have taken the world stage,” “the creator sees all,” “We need righteous judges”

Tina had a male off-camera read aloud Mesa County District Attorney Dan Rubinstein’s motion to the Court opposing her request to travel to Missouri for the event, as her way of explaining why she wasn’t attending the premier in person.

Smiling proudly to the camera, Tina crowed, “These events are going on all over the United States,” and “We have taken the world stage…”

She continues, “The people matter, and the people want to be rid of these machines. People want their country back and want to be free once again to have the life that we deserve to have as Americans.”

She repeats the lie that the Secretary of State deleted election records in Mesa County that should have been retained and says,

She praises what she calls “good media,” giving examples like “Steve Bannon’s War Room” and shows on Lindell TV, again repeats phrases like “the creator sees all,” and if a “66 year old grandma can be fearless” then everyone can, and again tells her viewers “We’ve got legal bills,” and directs people to her campaign website to donate and download her proprietary reports about election machines.

6 comments for “Tina Peters at movie debut: “We have taken the world stage””