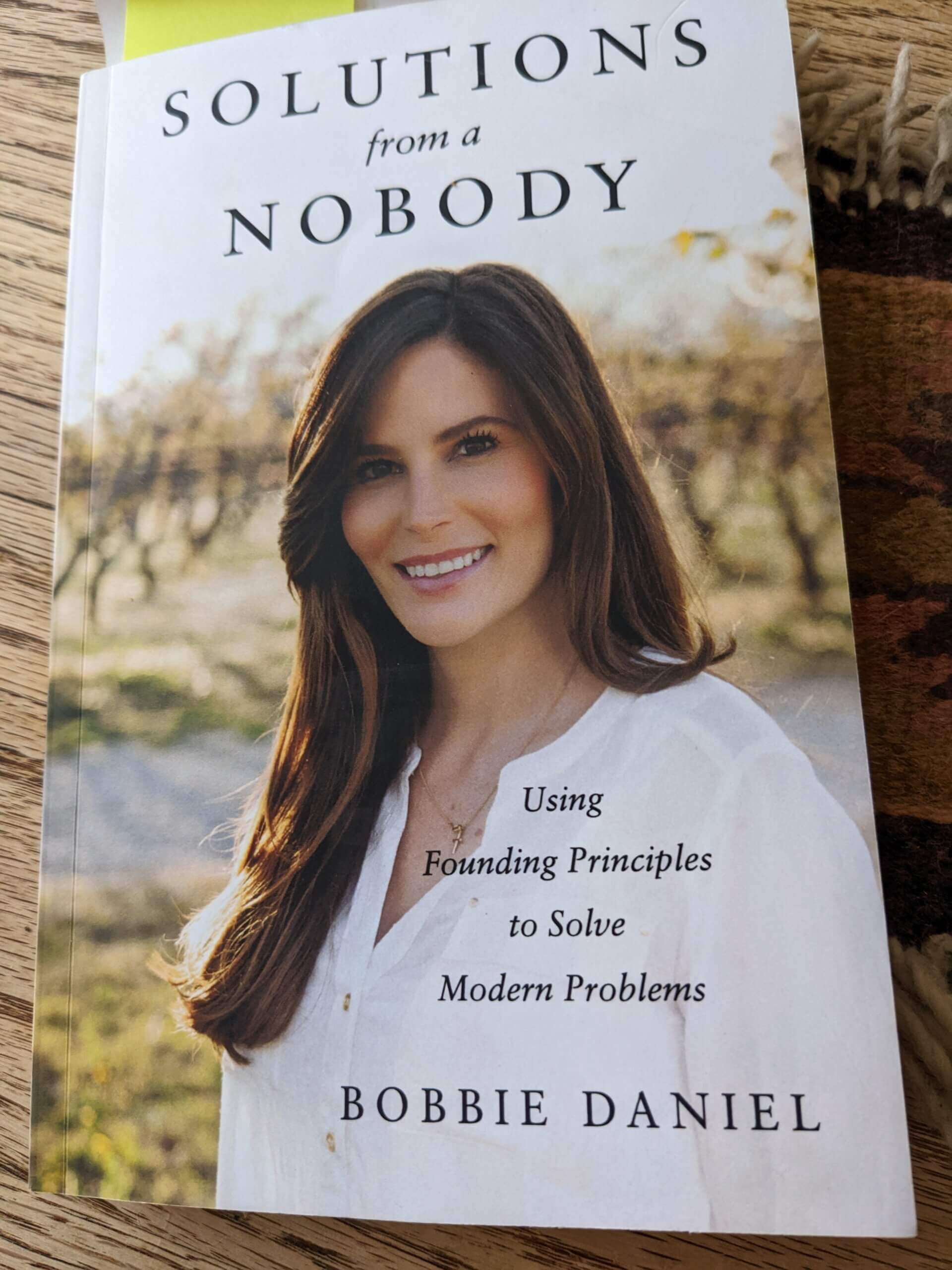 Plenty of progressive, even socialistic ideas 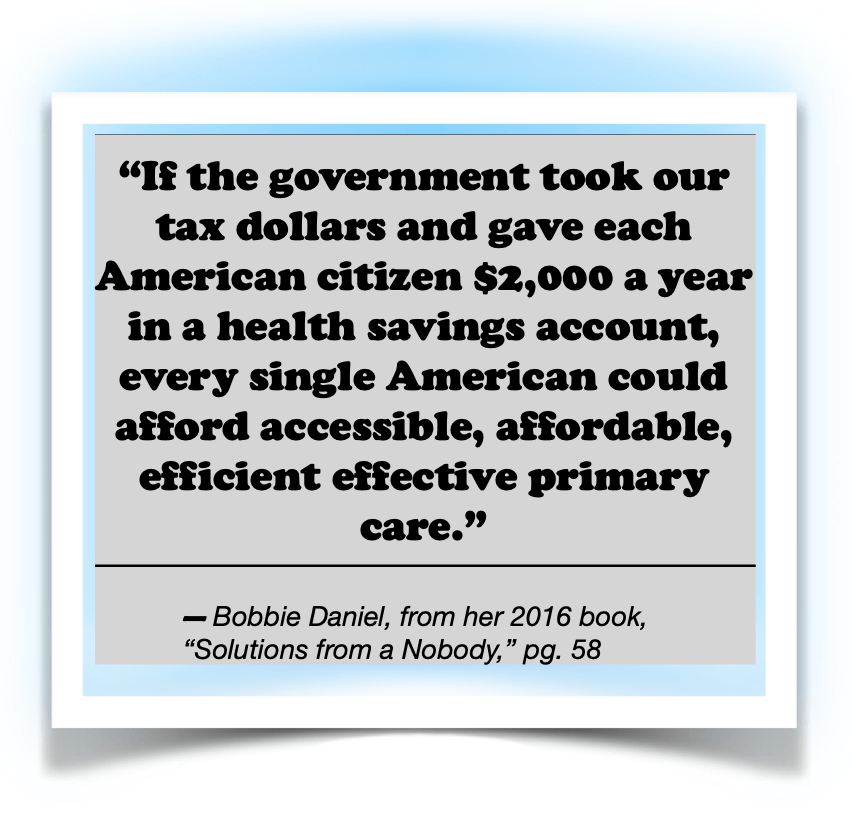 That said, while the Mesa County GOP is no doubt backing Daniel out of a belief that she is a pure ideological conservative, many of the policies she proposes in her book could have come out of a left wing political playbook. For example, Daniel opposes using taxpayer-funded school vouchers to pay for private schools. She believes the most popular forms of contraception should be made available over the counter, and she supports government-funded public education starting earlier than age 5, something Colorado Governor Jared Polis championed during his 2018 gubernatorial campaign. Polis made this a reality when he signed a bill in April, 2022 that provides free universal preschool to Coloradans.

Daniel opposes private prisons, supports decriminalizing all drugs, and wants to take all the money away from the “war on drugs” and put it into mental health treatment.

She opposes standardized testing in schools and would rather have the money for that go towards funding free meal programs for kids, and she wants the federal government to fund some decidedly socialistic financial perks: On page 58, for example, she says she wants every American to get $2,000/year in a government-funded health savings account (HSA), something that would cost the federal government more than $660 billion/year, but she presents no ideas on how to fund it.

That said, not all of Daniel’s policy ideas could be construed as progressive. In the vein of a true conservative, she opposes minimum wage laws, wants guns for everybody, expresses a strong dislike for the federal government until she wants it to fund one of her pet policies, and she favors states rights and wants zero laws that compel anyone to have to pay for anything, ever. 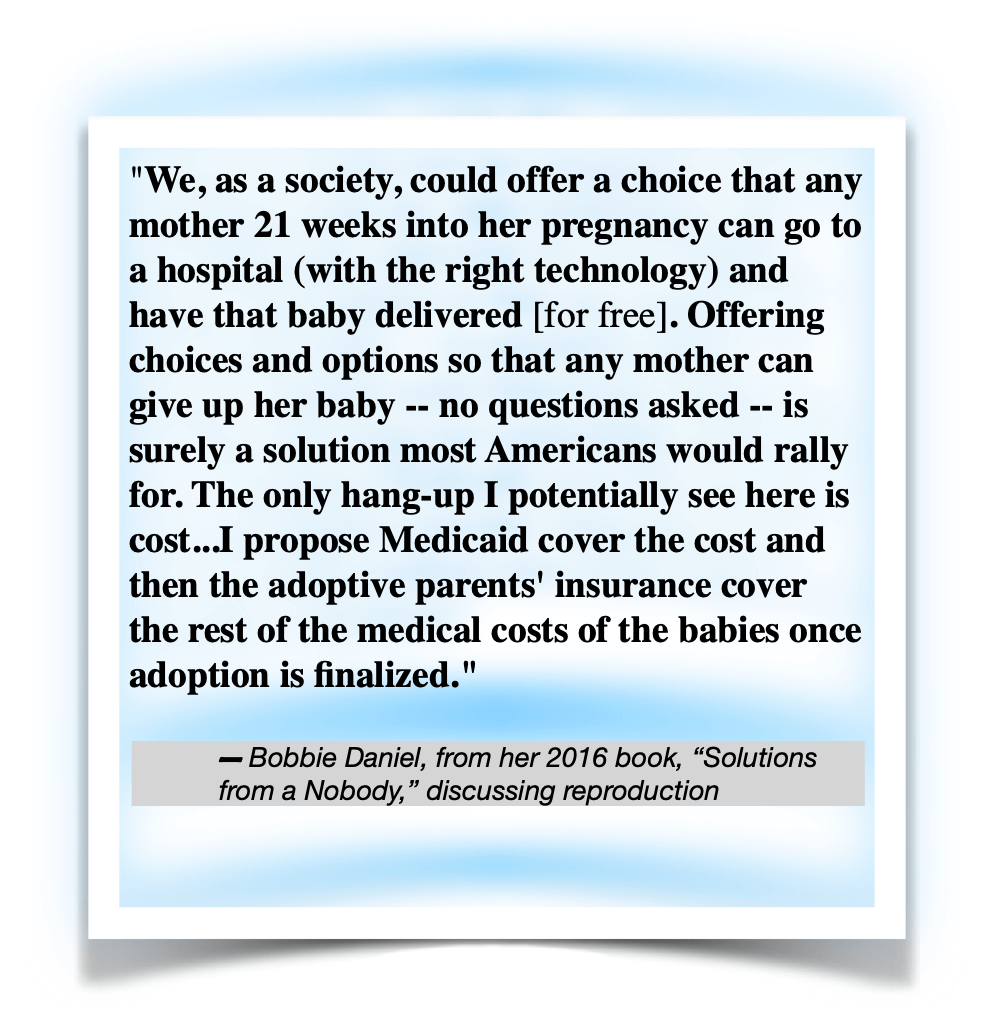 Throughout the entire book, Daniel’s proposed policy solutions are simplistic, naive, even childlike in their execution. Many of her views are based on conservative tropes and unsubstantiated assumptions. For example, on page 126, in her discussion of gun control, Daniel advocates unfettered gun possession for everyone by using the glib line:

“‘Did you hear about that police station shooting?’ said no one ever!”

Yet a quick Google search reveals five shootings occurred inside police stations so far this year alone in the U.S.: one on July 29 in the Newton, Pennsylvania Police Station, another on August 5 in the Aliquippa, Pennsylvania, police department, another one on October 18 in the Sparks, Nevada police station and yet another one on October 5 inside the West Side Chicago Police Department.

So Daniels’ premise that no shootings ever occur in police stations because the police are heavily armed immediately goes out the window, and thus one of her main arguments completely loses validity.

On Page 47, in her section about health insurance, Daniel wrote,

“It’s never a good idea when someone is forced to buy something.”

But she ignores that in some instances compulsory insurance has proven to be a societal good that protects innocent people from negligence and bad actors.

She doesn’t consider that mandatory vehicle insurance protects people on the road against accidents that aren’t their fault. She doesn’t consider why employers must have workers compensation insurance: to ensure they pay the expenses for employees’ on-the-job injuries, medical care, lost wages and death benefits for deceased workers’ surviving spouse and kids. And Daniel doesn’t consider why health professionals must have liability insurance — to cover the cost of their medical mistakes, negligence and accidents that render innocent people disabled and help cover their medical costs and costs of recovery.

Daniel’s frequent reliance on conservative tropes without any deeper investigation indicates her simplistic thinking and keeps her from engaging in deeper reasoning about what is just, and what is not just in policy making.

On page 205 of her book, Daniel asserts that the government withholds taxpayer money from children who have the lowest standardized test scores, but this isn’t true. The Colorado Department of Education says “Funding is never withheld from schools or districts with low test scores, and increased funding is available to assist where students are struggling.” So Daniel’s assumption on this count is mistaken, leading her to mislead readers and arrive at the wrong conclusions.

Some of Daniel’s policy positions are even downright heartless. On page 50, she opposes laws that require hospitals to stabilize everyone who comes through their emergency room doors and treat anyone in need, regardless of whether they can pay for it or not.

Other policy positions put her cluelessness on full display. On pages 54-55, Daniel opposes the provision in the Affordable Care Act that makes health insurance companies cover preventative care for subscribers. Daniels concludes it is an unwarranted additional expense for insurance companies because:

“We’ve solved the problem of preventative medical care with the direct primary care model. With this, doctors who practice preventative care work directly with their patients and completely eliminate the need for insurance all together.”

Daniel is talking about membership-based primary health clinics like The Trailhead Clinic in Grand Junction, where members pay a flat fee each month for easy access to doctors for primary care. But these clinics don’t cover many diagnostic tests, including colonoscopies, MRI or CAT scans, mammograms, ultrasounds, or a host of other tests. They likewise don’t cover the cost of medications, so people can still incur huge bills for medical care even if with a membership in such a clinic.

Daniel thinks health insurance should only cover emergency care, because that would make everyone’s premiums cheaper. She says people who can’t afford emergency care insurance could just “go to a learning clinic.” 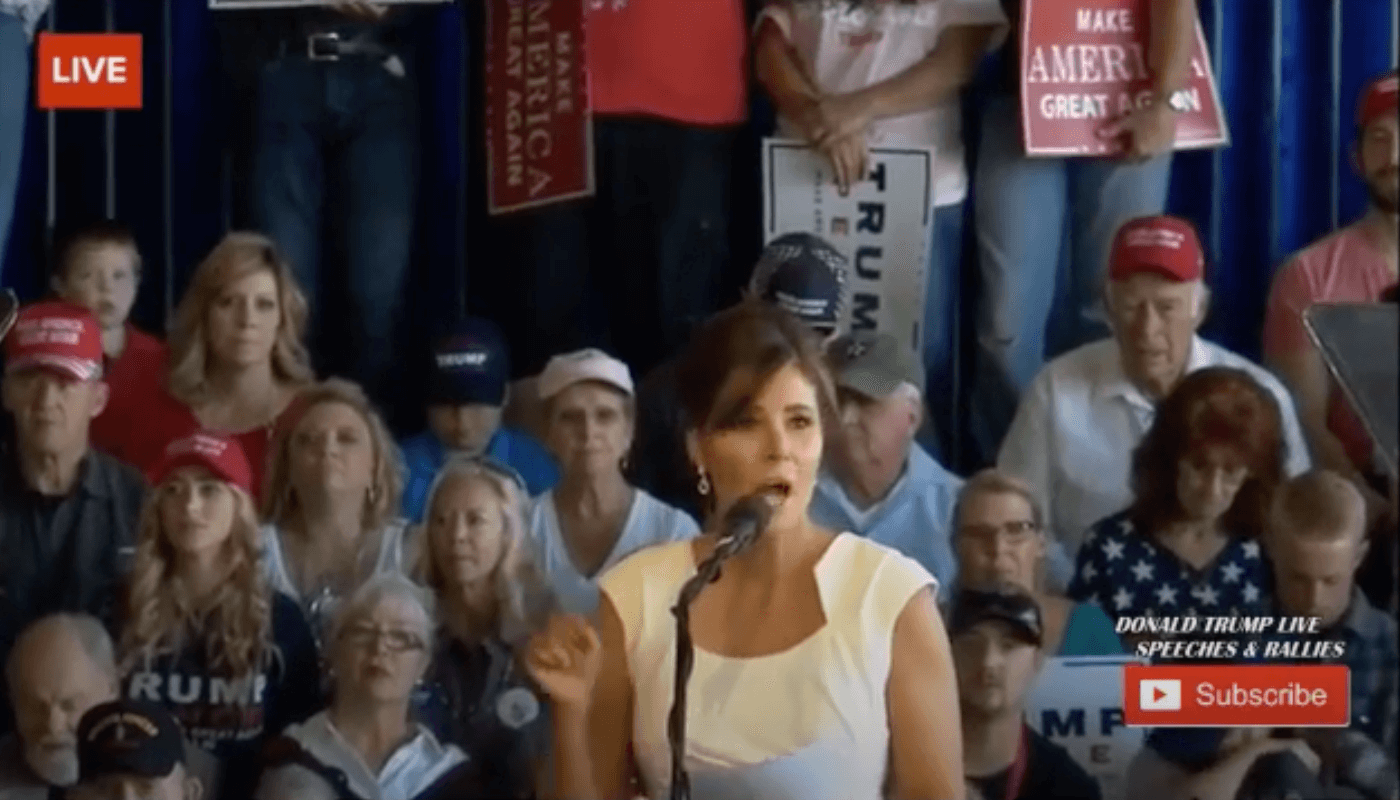 Daniel wants to do away with the current system of seven federal tax brackets and substitute a flat tax of 15-22% on everyone, with no loopholes or write-offs. She gives as a shining example Russia’s 13% flat tax on all citizens. But Daniel fails to address the inequity and regressiveness of such a tax, or how it would leave low income people completely unable to meet basic needs like food and housing, while people with higher incomes would be relatively unaffected.

In discussing reproductive issues, on page 69 Daniels proposes a bizarre answer for abortion, saying that

“We, as a society, could offer a choice that any mother 21 weeks into her pregnancy can go to a hospital (with the right technology) and have that baby delivered [for free]. Offering choices and options so that any mother can give up her baby — no questions asked — is surely a solution most Americans would rally for. The only hang-up I potentially see here is cost…I propose Medicaid cover the cost and then the adoptive parents’ insurance cover the rest of the medical costs of the babies once adoption is finalized.”

Babies under 22 weeks gestation almost invariably die. Babies delivered long before full term usually require costly, extended periods of time in neonatal intensive care that are likely to cost well over $100,000. It would be hard to find a more clueless proposal than this one.

Any way you look at this it is, dare we say, a completely crazy idea that is detached from reality.

Bobbie Daniel’s book confirms that while she does think about things, she doesn’t think very deeply, or bother to educate herself about the nuances of any particular topic. She is naive about about funding mechanisms and the only frame of reference she seems to have for most of the policy “solutions” she presents is her own personal lived experience as a white, middle class-and-sometimes working woman steeped in western Colorado right wing ideology, with no exposure to reality or ideas outside that sphere. And having authored a book doesn’t make you an expert on anything. The quality of the content of the book really matters, and this book is not of laudable quality by a long shot.

Her book shows that when it comes to policymaking, Bobbie Daniel is clearly not ready for prime time.