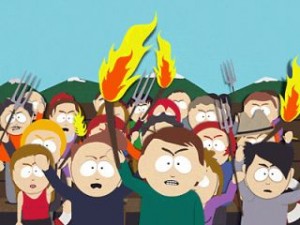 The Mesa County D.A. has whipped up local anger about the former Blagg juror, and is responding to the desires of an angry mob to punish her further

The abused Blagg juror in Grand Junction and her further prosecution by the Mesa County District Attorney are raising questions among local women about exactly what constitutes domestic abuse, and whether and when someone experiences it or not.

The U.S. Department of Justice defines domestic violence as “a pattern of abusive behavior in any relationship that is used by one partner to gain or maintain power and control over another intimate partner.  Domestic violence can be physical, sexual, emotional, economic, or psychological actions or threats of actions that influence another person. This includes any behaviors that intimidate, manipulate, humiliate, isolate, frighten, terrorize, coerce, threaten, blame, hurt, injure, or wound someone.”

Under this definition,  whether an act constitutes domestic violence or not depends entirely on the point of view of the targeted partner. In the case of the Blagg juror, her former husbands’ actions drove her to divorce them, but someone can certainly file for a divorce without feeling intimidated, threatened or abused by the other partner’s actions. If her husband’s actions just angered her and pushed her to divorce them, does that really make her a “victim” of domestic violence?

Maybe it just makes her a strong woman.

Whereas society used to entirely accept a man beating up his wife, now domestic violence is defined by things as subtle as using dirty looks, playing mind games, using children to relay messages or taking away someone’s cell phone.

Moreover, whether or not a partner’s actions rise to the level domestic violence depends on a number of differentiating variables, like frequency and intensity of violent acts, and the presence or lack of other forms of maltreatment, like chronic attempts at financial control or isolation. Other factors like substance abuse, the aggressive partner’s history of abusive actions, or a history of mental illness or possessiveness, can also figure into a definition of what constitutes domestic abuse. It’s also important whether a pattern of abuse exists or not. If a one-off threat or act by one partner drives the other partner end the relationship permanently, does this rise to the level domestic violence?

Mesa County District Attorney Pete Hautzinger, caving to an angry public, is poised to heap further abuse on a beleaguered former juror in the Blagg case who has been targeted repeatedly by the Defense for more than a decade

Again, it depends on the point of view of the person targeted by the act. Despite this huge gray area in what constitutes domestic abuse, a Mesa County Court judge has told the former Blagg juror exactly what her marital experiences amounted to, and how she must define them.

This is a tremendously presumptive position by the Court. It’s also a tremendously unfair position in which to put the juror. Further, in return for having the temerity to disagree with the Court about her own experiences, the D.A. is now is poised to punish her further with jail time and thousands of dollars in fees and fines, in addition to the thousands she and her current husband have already been forced to shell out to an attorney to help defend her.

By now one thing in this case is truly clear: the former Blagg juror has suffered far more abuse from the Court system and the D.A. than she ever did from her former husbands.

The D.A.’s actions to further punish this already aggrieved former juror will no doubt put a healthy dose of fear and trepidation into everyone who gets a jury summons in the future. The Mesa County District Attorney is now also poised to severely deplete the already small pool of people who are willing to serve on a jury, and probably not just locally, but will create the same difficulty for courts across the country.