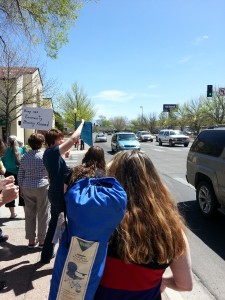 Rick Brainard’s election to the Grand Junction City Council and subsequent arrest for assault and harassment have appalled and galvanized City residents, but it’s also raised awareness of a sea change happening in Grand Junction politics right now that would otherwise have gone little-noticed. City Councilman Tom Kenyon alluded to it when he told the Grand Junction Daily Sentinel the day after the election that “This election was very different” from others. “It was very organized,” Kenyon said, “It felt like they were out to get you. They raised a lot of money.”

Kenyon was right. This election was very different from previous local elections. That’s because, thanks to the Grand Junction Chamber of Commerce, a new group has appeared in town that has vowed to take a “proactive role” in setting local public policy. Translation? That group has vowed to take control of the City of Grand Junction. That group is the Grand Junction Chamber of Commerce’s newly-created 501(c)4 political arm, the Western Colorado Business Alliance (WCBA), which exerted its muscle in the last election to seize control of Grand Junction’s City Council.