Two more companies have dropped their affiliation with the American Legislative Exchange Council (ALEC), the conservative nonprofit organization that drafts pro-corporate “model bills” which Republicans then introduce in state houses across the country as though the legislation was their own. One of the companies is Wendy’s, the country’s second largest fast-food chain. Wendy’s tweeted about ALEC on it’s official Twitter account, “We decided late 2011 and never renewed this year. It didn’t fit our business needs.” Wendy’s departure from ALEC is key, according to Mother Jones magazine, since the company has supported politically conservative causes in the past, including Rick Berman’s Center for Consumer Freedom, an astroturf group that battles regulation of the food and beverage industries.  The second company to depart ALEC is Reed Elsevier, a large publisher of medical and scientific books and journals. Reed Elsevier resigned from its board seat at ALEC and ended it’s membership in the group. A spokesperson for Reed commented that, “We made the decision after considering the broad range of criticism being leveled at ALEC.” ALEC has been criticized for promoting laws that liberalize gun use, privatize schools, restrict people’s right to vote, crush unions, and more. 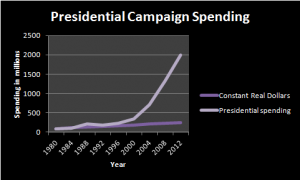