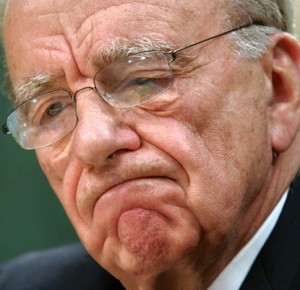 Members of a British Parliament committee have declared 81 year old media mogul Rupert Murdoch, owner of News Corporation, the Wall Street Journal and Fox News, unfit to lead a major international company. A bipartisan House of Commons parliamentary committee reached the conclusion after issuing a detailed, 125 page report on May 1, 2012, about a phone hacking scandal involving Murdoch’s UK newspaper, the News of the World.  The report accuses Rupert Murdoch, his son James and their media company News International, of purposely misleading the government’s investigative committee, intentionally covering up the truth about their paper’s phone hacking scandal and failing to conduct a proper internal investigation of the matter. The MPs wrote that the Murdochs’ “instinct throughout, until it was too late, was to cover up rather than seek out wrongdoing and discipline the perpetrators, as they also professed they would do after the criminal convictions. In failing to investigate properly, and by ignoring evidence of widespread wrongdoing, News International and its parent News Corporation exhibited wilful blindness, for which the companies’ directors — including Rupert Murdoch and James Murdoch — should ultimately be prepared to take responsibility.” The MPs found James Murdoch’s “lack of curiosity” and “wilful ignorance” about the scandal “astonishing.” Page 70 of the report states, “We conclude, therefore, that Rupert Murdoch is not a fit person to exercise the stewardship of a major international company.”