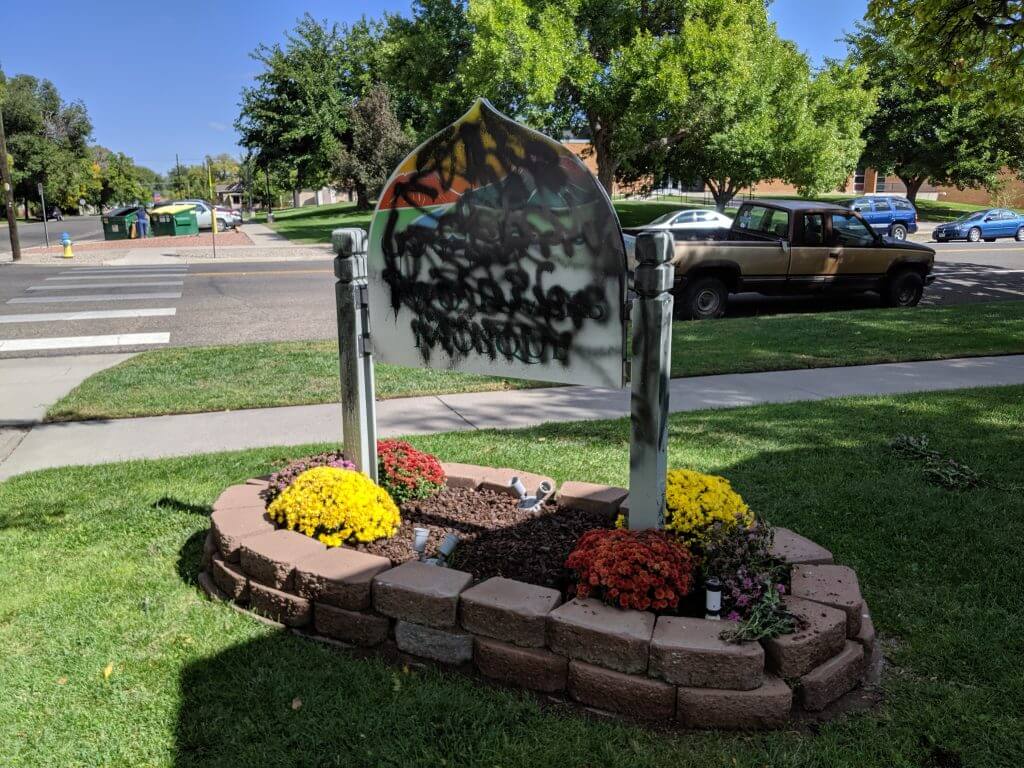 On August 31, the Islamic Center of Grand Junction unveiled a colorful new sign installed in front of its new Two Rivers Mosque at 8th and Gunnison Ave. and held a community barbecue to celebrate. About 50 people attended the barbecue, and it was an afternoon of peace, friendship and great food.

Not three weeks later, the sign was vandalized beyond all recognition.