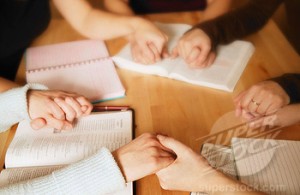 An anonymous women’s prayer group sent an email to Mikey Weinstein, the founder of the Military Religious Freedom Foundation (MRFF), in which they promised to pray for women who work for MRFF or who are related to Weinstein to get incurable breast cancer as punishment for the organization’s activities. The Military Religious Freedom Foundation works to ensure that all members of the United States Armed Forces get the Constitutional guarantee of religious freedom to which they are entitled by the Establishment Clause of the First Amendment. Doing this sometimes requires that MRFF point out when fundamentalist Christian programs and activities step over the line of separation of church and state. This has earned MRFF some powerful detractors, and while hate mail is routine for the organization, this email was particularly misguided. The authors of the email specifically named the women they would target in their prayers, saying (note errors are in original)

“Our prayer circle has never failed to achieve our hosts granting of the scripture we pray. for direct intervention against you as you are a true demon to America. Luke 9:1 We will not stop our prayers until you stop the evil you do with Lucifer on a daly basis. Luke 9:1 But not against you Mickey. We know by your internet site and your book who it is to be. Now for our prayer, we pray that the women who work in your MFRR and the women in your family will befall fast moving breast cancer which can not everbe cured.” The email then listed the names of 14 women associated with MRFF. The last line of the email stated, “[K]now that we pray and pray hard all the days until you stop your destruction of our American army and accept Christ Jesus as Lord and join His army.”

The MRFF says that the organization’s “significant base of Christian supporters often shares their horror at the actions” of fundamentalist Christians like those who wrote the email “that give all Christians a bad name and awful reputation.”