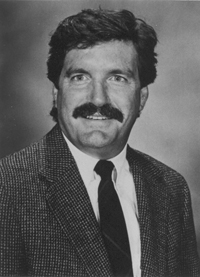 Citizens of Lakewood, Colorado, this spring pushed to enact a stricter smoking ordinance in their city, but met resistance from the Colorado Restaurant Association (CRA), a longtime ally of the tobacco industry. Citizens wanted to make outdoor dining areas, all parks and recreation areas and sidewalks around hospitals smoke free. They also recommended prohibiting smoking inside tobacco retail businesses, to protect employees from exposure to secondhand smoke. In 2001 (pdf), Philip Morris created a front group called the “Colorado Indoor Air Coalition” (CIAC) to promote the notion that providing adequate ventilation in restaurants was the only solution to the problem of secondhand smoke  — a tobacco industry strategy to block workplaces from going 100 percent smoke-free. One of the organizations helping Philip Morris head up the CIAC was the Colorado Restaurant Association. So it was no surprise that in 2012, Pete Meersman of the Colorado Restaurant Association appeared at Lakewood City Council meetings to lobby against the changes citizens sought, saying “The anti-smoking people will not be satisfied until no one smokes.” Opponents argued that the new, stricter smoking rules would be unfair to businesses that made capital outlays to meet the older smoking law, like installing more powerful ventilation systems or creating separate patios for non-smokers. But an ever-increasing amount of data now show that heart attacks fall precipitously when effective smoking restrictions are enacted. In Greeley, Colorado, one study (pdf) showed that heart attacks fell 27 percent after a tough new smoking ordinance was passed in 2003.  A similar study in Pueblo, Colorado found approximately the same reduction in heart attack admissions to hospitals after a smoking ban went into effect. In the end, though, the City of Lakewood caved to tobacco industry arguments and enacted a watered-down ordinance that failed to include many of the new provisions citizens sought, showing Big Tobacco is still a powerful force on the local level in Colorado, aided by its ally, the Colorado Restaurant Association.