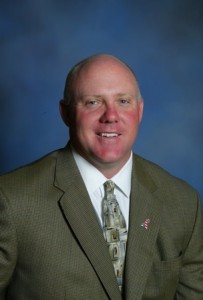 Mesa County, Colorado County Commissioner Craig J. Meis epitomizes the self-important, small-town elected official. During his stint as County Commissioner, Meis has repeatedly broken the law and then used his elected position to pressure law enforcement officers to drop actions against him. In 2007, police showed up at Meis’s home in response to a loud party complaint. Meis dropped the names of prominent local Republican elected officials attending his party to pressure the officers to stop demanding he turn the music down. Then, in 2010, Colorado State Parks officer Craig Johnson issued Meis a $50 ticket at Mesa County’s Highline Lake State Recreation area for allowing his 14 year old son to operate a personal watercraft on the lake in violation of the law. In his report about the incident, Officer Johnson wrote that Meis repeatedly tried to use his elected position as a county commissioner to pressure him to reduce the ticket to a warning. According to the report, during the encounter Meis boasted repeatedly that he was good friends with the District Attorney. After Officer Johnson refused to reduce the ticket to a warning, Meis complained about him in an email to the director of the state Department of Natural Resources, saying officer Johnson exhibited a “lack of discretion” in issuing the ticket. Meis copied the email to a long list of other public officials. When asked about the incident, Meis claimed Officer Johnson lied about the statements he made during the incident. Meis then insisted on taking the ticket all the way to a jury trial, was found guilty and had to pay a $78 fine.  Now, just this month, a Chaffee County Deputy ticketed Meis for lighting an open grill in a forested area during a highly-publicized, state-wide fire ban that came amid severe drought and extreme fire danger. After getting the ticket, Meis wrote an email to the Chaffee County Sheriff explaining that he was aware of the fire ban but didn’t understand what a fire ban “truly means.” He wrote that he is “getting educated on it daily.” Meis argued that the disposable charcoal grill he used was far too small to be troublesome and asked for “discretion” regarding the ticket.
Chaffee County Sheriff Pete Palmer emailed Meis back saying, “It’s not often I receive a request to have a ticket fixed, and yours is the first from a county commissioner.” Palmer pointed out that either Stage I or Stage II fire bans had been in effect for weeks, and the information had been posted publicly for over a month on the Chaffee County Sheriff’s website. At the time, Colorado’s Waldo Canyon fire — the most destructive wildfire in state history — was raging and had destroyed hundreds of homes, killed one person and caused over 30,000 people to have to evacuate their homes. Yet amid this disaster, Meis cavalierly lit an open fire, and then tried to avoid the legal consequences. Throughout his time in elected office Craig Meis has constantly shown he thinks his position as county commissioner puts him above the law. His behavior has been an embarrassment to Mesa County and caused the County added expense. Help us get Commissioner Meis to leave his position by adding your name to our petition, Mesa County Commissioner Craig Meis: Resign.