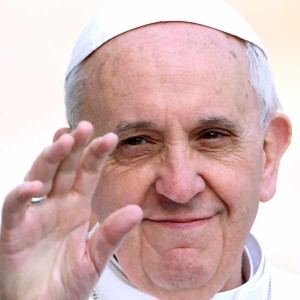 In a startling departure from the previous Pope’s line of belief, Pope Francis in his morning homily said that atheists should be viewed as good people if they do good, explaining that goodness is determined by people’s acts, not their faith or lack thereof.  “We all have a duty to do good,” Francis said, “Just do good, and we’ll find a meeting point” with atheists, the Pope urged. Francis further urged the church to “come out of herself” saying intolerance will not benefit the Church. “Instead, this ‘closing off’ that imagines that those outside, everyone, cannot do good is a wall that leads to war, and also to what some people throughout history have conceived of: killing in the name of God. And that, simply, is blasphemy. To say that you can kill in the name of God is blasphemy.” The Pope’s comments come at a time when religiosity is increasingly creeping into lawmaking bodies, for example over the issue of reproductive health law, and the Supreme Court case about the constitutionality of town councils persistently hosting Christian prayers.