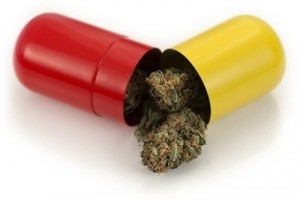 States that legalize marijuana experience significantly lower death rates from pain medication overdoses, both from prescription painkillers and illicit drugs like heroin, according to a study in the Journal of the American Medical Association.

Authors studied states where medical marijuana laws were fully in effect between 1999 and 2010 and found these states had a 24.8 percent lower average annual death rate from opioid overdoses compared to states without such laws. Authors included all 50 states in the study. The longer the states had their laws in place legalizing medical marijuana, the lower the death rates they experienced from opioid analgesic overdoses.

Marijuana is considered an alternative non-opioid treatment for chronic pain, which is also a major indicator for medical cannabis. The study’s authors conclude that laws making cannabis available may be affecting overdose mortality rates from opioid painkillers.

The study was funded by the National Institutes of Health and the Center for AIDS research at Albert Einstein College of Medicine and Montefiore Medical Center.