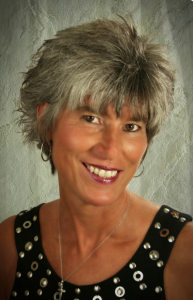 Shelly Donahue, an abstinence-only teacher from Elevate Youth, a religious ministry based in Plano, Texas, who was hired to give trainings to Delta County School District Students last October. The sole funder of the program was a religious ministry.

News about the pending distribution of atheist and Satanic literature in Delta County schools April 1 is encouraging more students, parents and even teachers to come forward with information about what they say is a persistent pattern of state/church violations, religiously-based discrimination and even outright bigotry, harassment and demeaning of atheist and non-believing students occurring within the Delta County School system.

Parents from Delta County contacted Western Colorado Atheists and Freethinkers (WCAF) Tuesday morning (3/22/16) to alert the group to what they feel is pervasive Christian proselytizing occurring in Delta County Schools. They say they and their child have suffered to a great extent from the school district’s persistent embrace of religious promotion.

In one example, the parents pointed to an abstinence-only training that the Delta County School District put on in middle and high schools during the week of October 26, 2015. The sole funder of the program was a Christian religious ministry (pdf), the Delta Pregnancy Resource Center, and it featured a speaker named Shelly Donahue from a religious group called “Elevate Youth,” whose mission statement” is to

“uplift teens’ faith with a Biblical foundation to rise above the temptations of our culture. We work to pave the way to a brighter future for teens desiring to live a life serving Jesus Christ.”

Donahue’s biosketch at the Denver Speakers Bureau describes her as “passionately committed to Jesus Christ as the ultimate answer.”

While Donahue did not directly promote Christianity during her presentations in Delta schools, a student reported that Christian religious symbols appeared on some of the slides she used. The Denver weekly Westword has reported that Donahue has been cited for using shame and guilt in her presentations, as well as providing medically inaccurate information, while receiving state and federal subsidies to the tune of hundreds of thousands of dollars to put on her abstinence-only programs in public schools. The training is called WAIT Training (“Why Am I Tempted).

Colorado law requires that if a school district offers a human sexuality curriculum, it “shall maintain content standards for the curriculum that are based on scientific research.” The parents who contacted WCAF said the Delta School District violated this law because the abstinence-only program put on in Delta schools did not provide the required factual, medically-based information, nor did the students who attended the receive at least an equal amount of factually-based sex education afterwards.

Donahue tells her young audiences that sexual intercourse is unnecessary for pregnancy to occur because if sperm gets anywhere near a girl’s vagina, her vagina turns into “a little Hoover vacuum” and sucks it up. She likens boys’ brains to waffles and girls’ brains to spaghetti to describe differences in boys’ and girls’ thinking and behavior, and tells students she wants them to have “fireworks sex,” not “squirt gun” sex, saying “fireworks sex” only happens after marriage, and before that, all sex is “squirt gun” sex.

In her presentation, she uses a piece of packing tape to demonstrate how premarital sexual encounters ruin women and their ability to bond to men. Donahue tells students that the tape represents a girl, and then sticks the tape onto the arm of a male student, telling the audience it represents his girlfriend. She then tells the male student the relationship didn’t work out, and he needs to remove the “girl” from his arm, and endure the pain. The young man then rips the tape from his own arm as ordered, and gives it back to Donahue. At this point, Donahue says the “girl” is now covered with the boy’s hair, DNA and skin, and then selects another male from the audience to be the “girl’s next boyfriend.” She then has the second young man place the same piece of tape on his arm and then tells him that that relationship didn’t work out, either, and he, too, has to break up with the “girl” and rip the tape off his arm. After getting the piece of tape back again, Donahue points out to students how it now has even more hair, DNA and skin on it, and how it now sticks less effectively, using the tape as a metaphor for how women become ruined and have a harder time bonding to men after having premarital sex with someone other than the partner she marries.

The parents who contacted WCAF said Donahue was paid $2,000 for her presentations in the Delta schools, but that figure has not been verified. 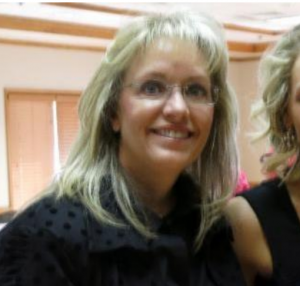 The parents were outraged about Donahue’s presentation and complained about it to the Delta High School principal, who was sympathetic but referred them to Delta County School District Superintendent Caryn Gibson. As she has done with Delta Middle School parents who were upset over Gideon Bible distribution, Gibson assured the upset parents of the high schooler that all was done in accordance with applicable school district policies and laws requiring separation of church and state.

Dissatisfied, the parents contacted the state Department of Education, which told them school districts in Colorado have extensive autonomy to education children as they see fit. The state department told the parents that they have no authority over local school boards, and their only recourse was to run for school board themselves. The parents also contacted their state representative, who similarly offered no help.

Upon hearing about these and other egregious church/state separation complaints and incidents of harassment, WCAF put the parents in touch with the American Civil Liberties Union-Colorado, which has recently taken a strong interest in cases like this in western Colorado, as well as attorneys from the Freedom From Religion Foundation, who are currently working with WCAF to distribute the alternative literature to students April 1. 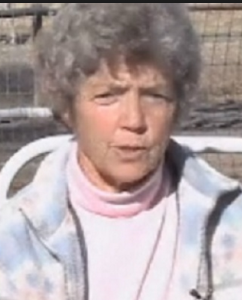 The parents also told WCAF about how a recently-retired former Delta County School Board member named Kathy Svenson made national news in 2013 after commenting on local TV and radio news shows that transgender boys should be castrated if they want to use a girls’ locker room. KREX in Grand Junction carried the story.

Svenson made her public remarks after the Colorado Civil Rights Division ruled in June, 2013 that a 6 year old transgender girl, who was born male, could use the facilities for girls at her school.

“Massachusetts and California have passed laws relating to calling a student, irrespective of his biological gender, letting him perform as the gender he thinks he is, or she is, and I want to emphasize, and they’re actually talking about joining girls sports teams going in the girls locker rooms and bathrooms, and I just want to emphasize, not in this district. Not until the plumbing’s changed. There would have to be castration in order to pass something like that around here.”

Svenson later said she had no regrets about the comment and said she didn’t believe homosexuality actually exists or that people are really transgender. Rather, she thinks people are just confused.

On her Delta County School District bio page from 2011, Svenson described herself as the founder of an evangelical Christian ministry in northern India and a volunteer teacher at a Delta-area Sunday School and Bible camp.