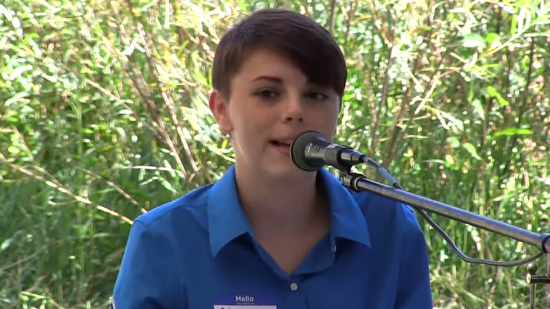 On Monday, August 15, 2016 Western Colorado Atheists and Freethinkers (WCAF) will award a $4,325 college scholarship to Cidney Fisk, the newly-graduated Delta High School student who exposed the pervasive Christian proselytizing in Delta County’s public schools. WCAF will hand over the check to Cidney at noon in front of Delta High School in Delta, Colorado.

Cidney is an award-winning, A+ student who excelled in speech and debate, but was punished for her opinions about the school.

The scholarship is WCAF’s largest to date. The group gave a $1,000 gift to the Mesa County Public Library Foundation in July of 2013 to help with construction of the new downtown Central Library, and in spring, 2016 donated $100 to Delta Middle School to help with minor repairs in the girls’ and boys’ restrooms in the school’s cafeteria.

Cidney graduated from Delta High School last May and was outspoken about the school bringing in Christian-based speaker Shelly Donahue, who gave an abstinence-only-before-marriage talk to students. This talk was nominally secular, but contained crucifixes in all the slides and Donahue told the students that having premarital sex “puts 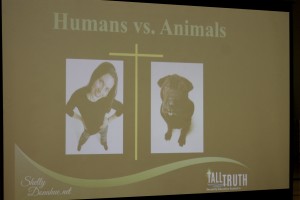 them further from God.” This talk the only “sex ed” most DHS students ever received from the school district, but it contained none of the state-required information about contraceptives, sexually-transmitted diseases, HIV/AIDS or other information the state says public schools must give students if districts choose to teach sex education.

Cidney also served as student body treasurer at DHS and was critical of the school’s lopsided expenditures on athletics at the expense of academics. She pointed out publicly that the school lavished tens of thousands of dollars on items like a new gym floor and new wrestling mats, while Delta High had no library, all of the computers in her journalism classroom were broken and DHS students were using psychology textbooks from the early 1980s. The school also does not supply textbooks for Advanced Placement (AP) students, but makes parents of AP students buy their children’ textbooks, putting a substantial burden on low income parents of academically-advanced children.

Cidney’s student government teacher gave her Fs because of her opinions about the school and for questioning authority, and her academic counselor threatened to damage her standing in student government and her ability to get grants and scholarships to college as long as Cidney kept criticizing the school.

Cidney told her story in a local blog titled “What it’s Like to be a Student With a Brain in the Delta County School District.” The blog got over 17,000 views in less than 36 hours, from all over the world. As a result of widespread interest in Cidney’s story, at the suggestion of a reader WCAF set up a scholarship fund to help Cidney go to college in Denver this fall, and donations poured in from all across the U.S. and four foreign countries. Some people even donated twice.

The scholarship funds will help Cidney pay for her college education. Cidney says she plans to major in political science and economics.

21 comments for “WCAF to Award $4,325 to Student Who Exposed Christian Proselytizing in Delta Public Schools”