Willett’s bill seeks to give counties “investment authority,” which would allow them to withhold some of the money the Department of Local Affairs (DOLA) gives to Federal Mineral Lease Districts and invest it in a permanent fund. This request for and composition of the bill originated with the Mesa County FMLD. The other counties in Colorado that have Federal Mineral Lease Districts are Garfield and Weld County. 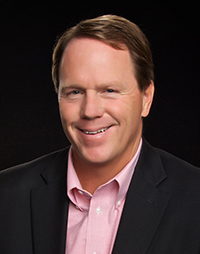 FMLDs get a portion of the federal government’s royalty payments from oil, gas and mineral extraction leases on federal lands within the state. The companies that do the extracting pay royalties to the state, which then in turn disperses the funds to municipalities through grants given by the Department of Local Affairs (DOLA). Counties with FMLDs receive their portion of the royalties, then award the funds to local projects through a grant application process. Mesa County’s three-member FMLD Board decides where the funds will go.

Here are the rules governing use of FMLD funds:

The Federal Mineral Lease Act of 1920 and it’s Amendments give participating Counties the task of “exercising an essential public function: to alleviate social, economic, and public finance impacts resulting from the development of natural resources on Federal Lands within our counties.”
Federal Law limits how the Lease payments distributed to the County FML Districts can be used: The distribution may only be used by the state or its political subdivisions for: 1. planning, 2. construction and maintenance of public facilities, or 3. provision of public services 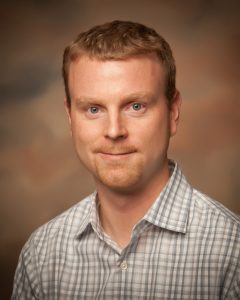 David Ludlam, Executive Director of the West Slope Oil and Gas Association, one of the three members of the FMLD Board

Weld County’s FMLD mission statement says it “is a separate legal entity responsible for the administration of all of the funding the District receives from the Colorado Department of Local Affairs for the purpose of distributing the funds to areas within the unincorporated areas of Weld County that are socially or economically impacted by the development, processing or energy conversion of fuels and minerals leased under the Federal Mineral Lands Leasing Act of February 25, 1920.”
Weld County’s allotment has two direct areas of funding: public works and service. The first is the Haul Route Program (HARP), designed to improve roads impacted by the oil and gas industry’s heavy hauling on county roads. The second is the County’s Water Testing Program, which tests for volatile organic compounds (VOC’s) in water. It is free to all Weld County residents on well water.
Garfield County’s FMLD mission statement reads: “In order to alleviate social, economic, and public finance impacts resulting from the development of natural resources on Federal lands within Garfield County, the Garfield county FMLD will, expeditiously and through sound financial practices:
— ensure that the financial resources it receives from Federal Mineral Leasing activities are distributed to communities impacted by the development of natural resources, as allowed by law.
— deliver services to communities impacted by the development of natural resources, as allowed by law;
— and provide the greatest use of these financial resources for the greatest number of citizens.”

Mesa County’s FMLD mission statement is substantially different: It states that it “Serves a mission to enhance positive social and economic impact in Mesa County from the development, processing and energy conversion of fuels and minerals leased under the Federal Minerals Lands Leasing Act through grants, partnerships and leadership.” This deviates significantly from the “alleviate impacts” intention, and it was created with the business community to serve Mesa County Economic Development priorities. According to Mesa County’s FMLD, “This approach was selected because of the business-driven Mesa County Economic Development priorities.”

It is apparent that Garfield and Weld County’s FMLDs have contrasting mission statements and direct distribution styles that are quite different than those of Mesa County’s FLMD. These two counties’ missions are more aimed at helping improve quality of life for their counties’ residents. Mesa County’s mission statement, though, goes in quite a different direction: It is geared towards helping businesses.

CMU Has Gotten the Lion’s Share of the FMLD Money, and Used Much of it to Benefit the Oil and Gas Industry

In essence, the Mesa County FMLD’s heavy investment in this “Unconventional Energy Center” became a promotional, technical research and regulatory reduction center to serve the Oil and Gas Industry. It was estimated that CMU would earn $100,000 per year off this investment. Garfield County was offered the opportunity to contribute their first year’s $1.6 million allotment to help create the CMU Unconventional Energy Center, but declined.

During the spring 2013 grant cycle, CMU was awarded $556,998 toward its Ground Source Heat Exchange Expansion Project. In the spring grant cycle of 2015, CMU was awarded another $504,560 for the Tomlinson Library Renovation, Expansion and Technology Project. By contrast, in the fall of 2015, the Mesa County Public Library District was granted $49,969 for their 970 West Studio project. 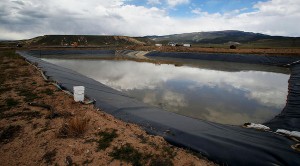 It would seem to laypersons of Mesa County that these particular FMLD grants, totaling $2,706,998, have not fulfilled the purpose for which they were intended. They certainly did not reach beyond the boundaries of CMU to the rest of Mesa County, which continues to reel from the boom-and-bust nature of the oil and gas industry.

To be sure, the Mesa County FMLD has awarded funds to other projects: The Town of Palisade street reconstruction, the Clifton sanitation system upgrade and the City of Fruita Parks and Public Works Maintenance Facility all received Traditional Grants in addition to other projects in the County. A joint program by the City of Grand Junction and CMU received funds toward a Colorado Law Enforcement and Fire Training Center Project, and Western Colorado Community College (which, by the way, is associated with CMU) received Line Worker Training Building funding. However, as either the lone recipient or in partnership with other entities, CMU has received significantly more monies than any other single entity.

Another Problem with Mesa County’s FMLD: The Questionable Make-up of It’s Board 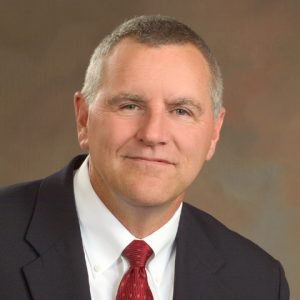 Craig Springer, President of Home Loan Insurance, sits on the 3-person FMLD Board

The membership of the Mesa County FMLD Board of Directors calls into question a clear lack of compliance with the Colorado State Statute which says, “Members of the [FMLD’s] board of directors may be county commissioners from the county that created the district, representatives of the governing body of municipalities, or other officials representing the interests of areas impacted by mineral lease activities.” In direct contradiction to this statute, David Ludlam, the Executive Director of the West Slope Colorado Oil and Gas Association, has served as the President of Mesa County FMLD Board since its inception. Questionably, Craig Springer, who was recently reappointed to another term on the Board, is the President of Home Loan State Bank and was connected to the coal industry. The third member of the Board is Mesa County Commissioner John Justman.

Other Areas of Mesa County are in Desperate Need of FMLD Funds, But Aren’t Getting Them

In consideration of Rep. Willett’s proposed legislation, HB-1552, to withhold monies from the Districts to invest, it will be imperative to question the need for, and wisdom of continuing to withhold financial aid in Mesa County.

Our county is suffering from infrastructure needs; county staff is being cut, services to residents are being terminated, the county has long had a hiring freeze in place and county employees have not been given raises. District 51 schools are crumbling, people’s homes are being foreclosed upon and the Deer Creek oil and gas wastewater pond in Whitewater is sickening children and forcing families to move because of the stench and toxins it emits. Our Sheriff and County Attorney explained that “Since 2005, there has been a 507% increase in violent crime in unincorporated crime in Mesa County.”

Sociologically, the FMLD Board has largely ignored Mesa County residents in favor of the Economic Development Council, the Grand Junction Area Chamber of Commerce and CMU “partnerships” which keep us from having a balanced, functioning, healthy community and leave many residents of the county without much-needed assistance.

In connection with Mesa County’s FMLD monies, Rep. Willett might better help our County Commissioners if he urged them to look more closely at the county’s FMLD Mission Statement, examine whom it is really serving, and determine how it could be re-written to better comply with state statute and serve Mesa County residents more equitably. We also need to collectively start questioning the relationship between CMU and its Mesa County FMLD funding source. Impacted areas of the county, and county residents who have actually suffered negative impacts from oil and gas extraction activities should not continue to be ignored, nor should they have to compete with CMU for funding! To contrast with what is going on in Mesa County with other FMLD counties, there is NO evidence that any of Weld County’s FMLD funding has been given to the University of Northern Colorado. In addition, the make-up of the Mesa County FMLD’s three-member Board needs to be revamped, removing folks with obvious conflicts of interest and adding members who more directly and realistically represent the impacted residents and areas of our community.

————
*Information in this piece was obtained from the Mesa, Garfield and Weld County websites; the Mesa County Board of County Commissioners meeting minutes and the Grand Junction Daily Sentinel newspaper.

5 comments for “What is the Mesa County Federal Mineral Lease District, and Why Should We Care About it?”