He Won’t Show Them. People Are Suspicious Why.

Trump is the first American president in modern history to refuse to release his returns. Judging by the signs seen in marches across the country, many Americans believe Trump is hiding his taxes because they reveal financial links to hostile foreign governments like Russia and China. In fact, just today the UK Independent published an article titled “‘Concrete evidence of collusion between Trump team and Russia’ handed to official investigation,” which says that there is now  “specific, concrete and corroborative evidence of collusion” between people in Donald Trump’s presidential campaign and Russian agents regarding the use of hacked material.

Anti-Trump protests in Grand Junction have been some of the largest protests the western slope has ever seen, and today was no different.

The weather could not have been better for a protest march in Grand Junction. The skies were clear, the sun was shining and the temperature was about 70 degrees. Several hundred people with signs packed the plaza in front of Grand Junction City Hall prior to the march. Meanwhile, four or five darkly-clad open-carry proponents wearing T-shirts said things like “Come and Take it!” stood sternly around the perimeter of the crowd, earpieces in their ears as though they were playing “Secret Service” and their arms folded sternly. When asked their purpose for being there, they claimed it was “to protect the crowd.” They stalked marchers from across the street over their entire route and were stopped numerous times by the Grand Junction Police, who kept close tabs on them and asked to see their permits. 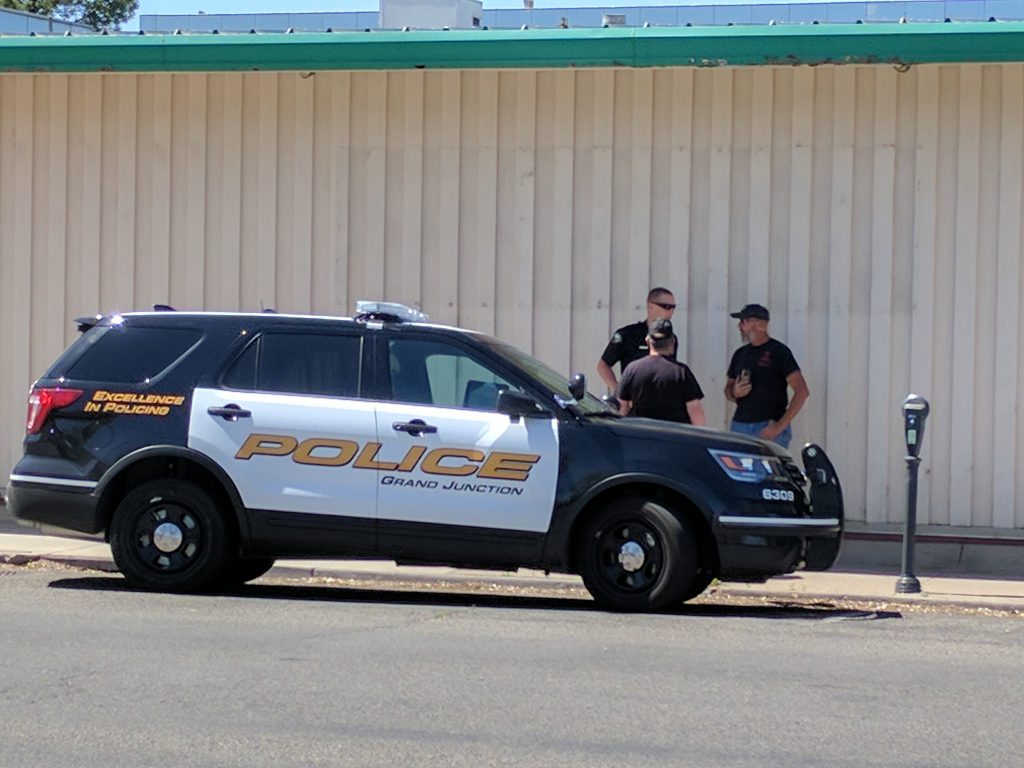 False Claims About Not Being Able to Release His Taxes

Trump has claimed that he can’t release his taxes because he is being audited by the IRS, but there is no law barring people from releasing their own tax returns during an audit.

See many more photos and videos of tax marches across the country at this link on Twitter. 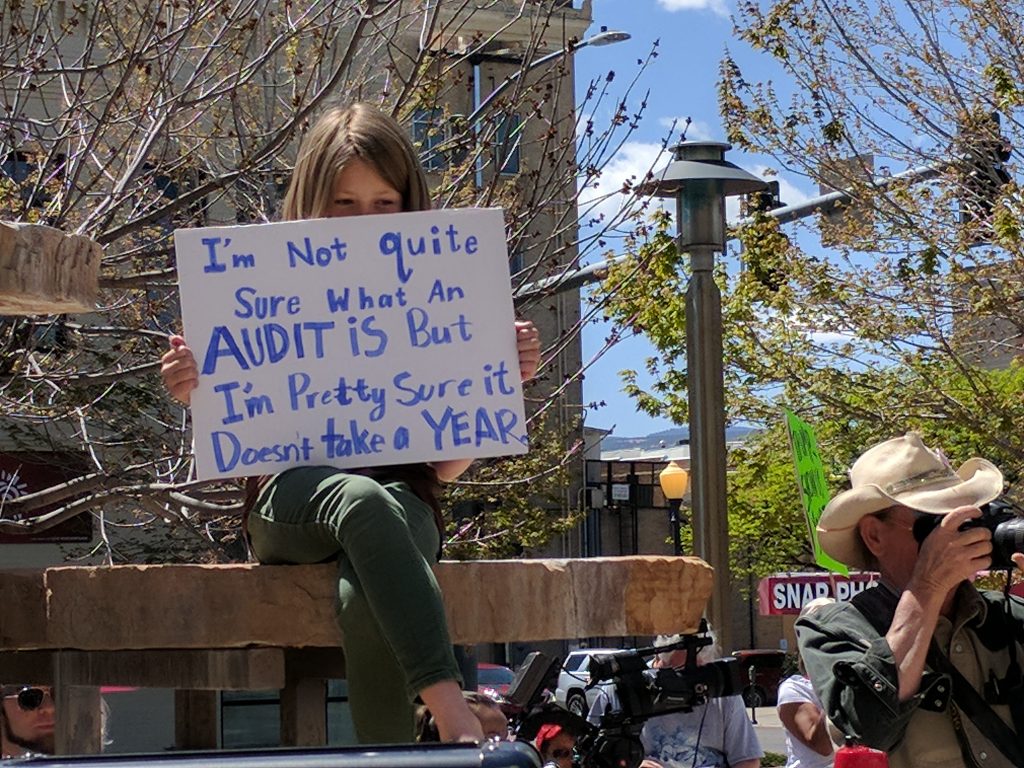 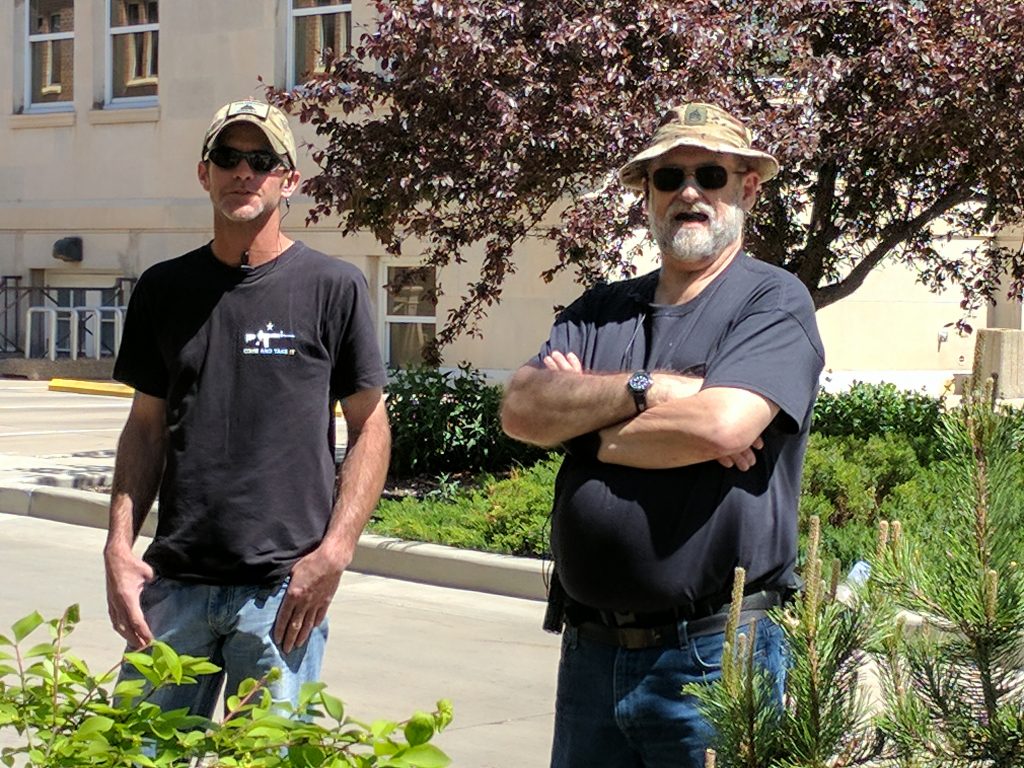 Open-carry dudes at the tax day march, playing Secret Service with earpieces. There is a rumor they were “Oathkeepers.” This is unverified. 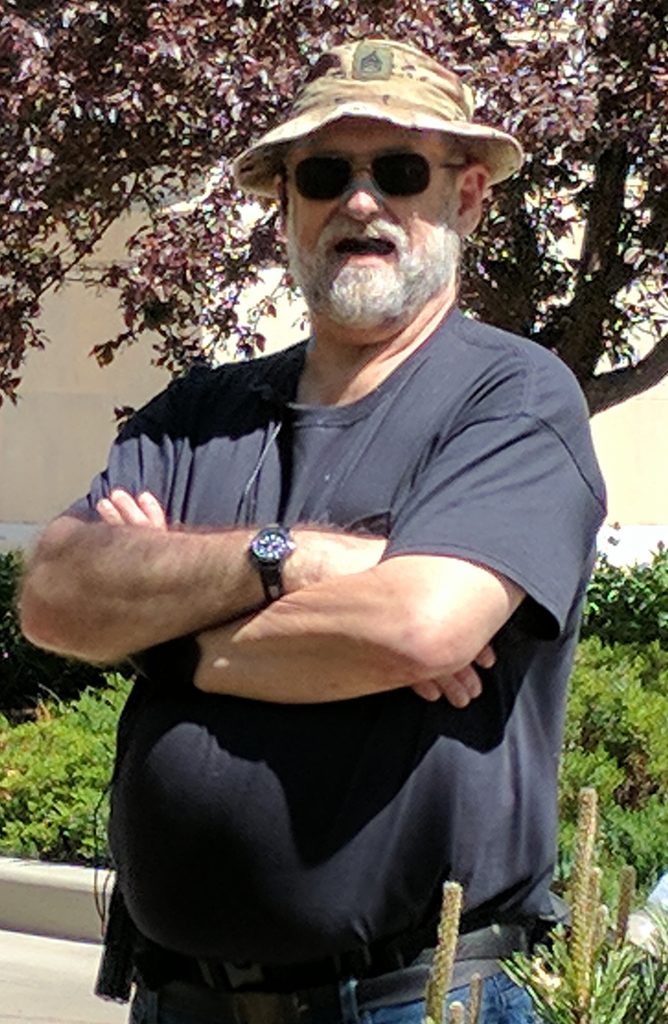 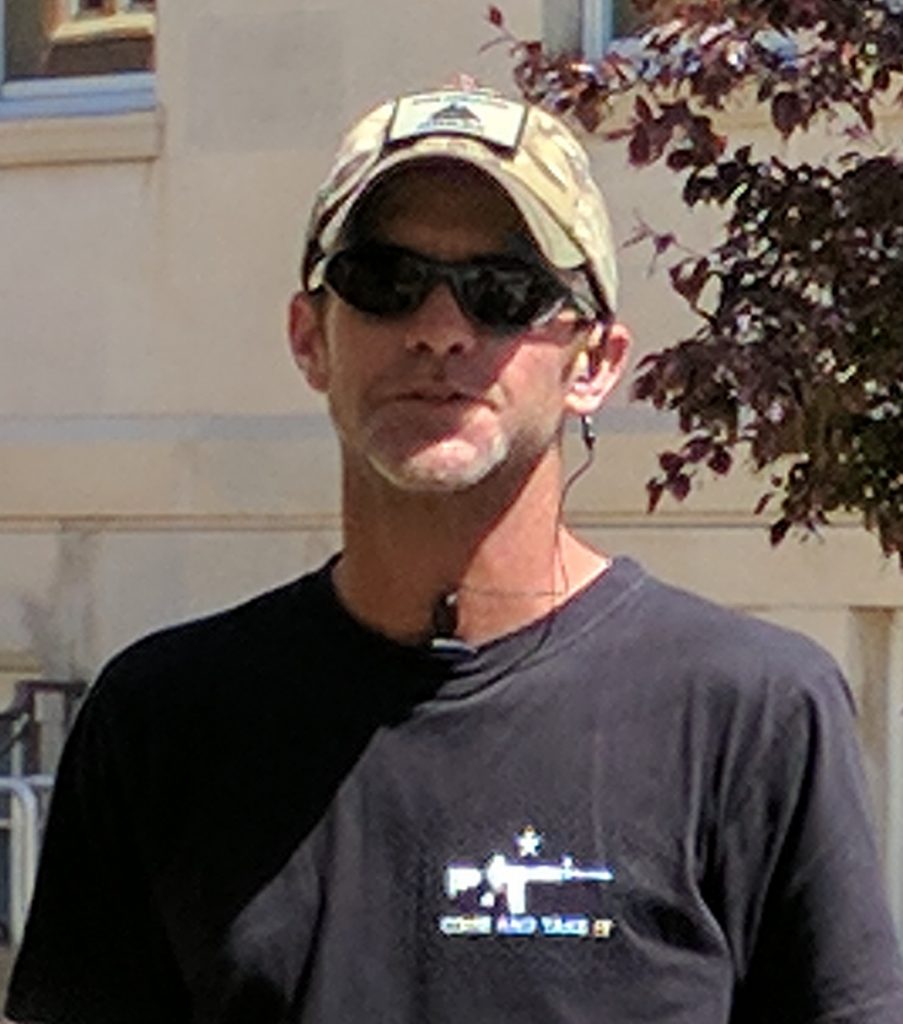 Close up of open-carry dude with “Secret-Service”- style earpiece stalking the march. Word is there were nine of them.