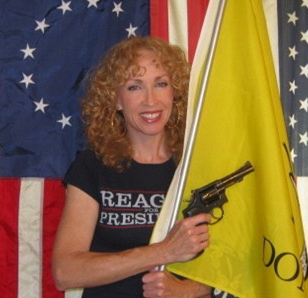 However uncharacteristic, prominent local conservative Marjorie Haun, who bills herself as “ReaganGirl,” has found a tax she likes, and she’s urging others to like it, too — and vote for it.

Haun backs a proposed sales tax increase on the next local ballot that will help support the Mesa County District Attorney’s office and the Mesa County Sheriff Department.

It’s a very weird thing in Mesa County when normally tight-fisted, vocal local conservative goes all out to support a tax.

In January, 2014, Haun a blog written by a third party titled “Taxation: the Enemy of Free Enterprise,” and she normally rails against the evils of taxes in a capitalist society. In addition to opposing taxation, Haun promotes the use of firearms and has written in her blog, “ReaganGirl.com,” that poverty is a lifestyle choice, white privilege is a myth and marijuana use “turns young men into biological young women.”

For the moment, though, ReaganGirl is acting like a good liberal by putting her community’s needs above her own conservative dogma of keeping as much money as one possibly can to oneself. 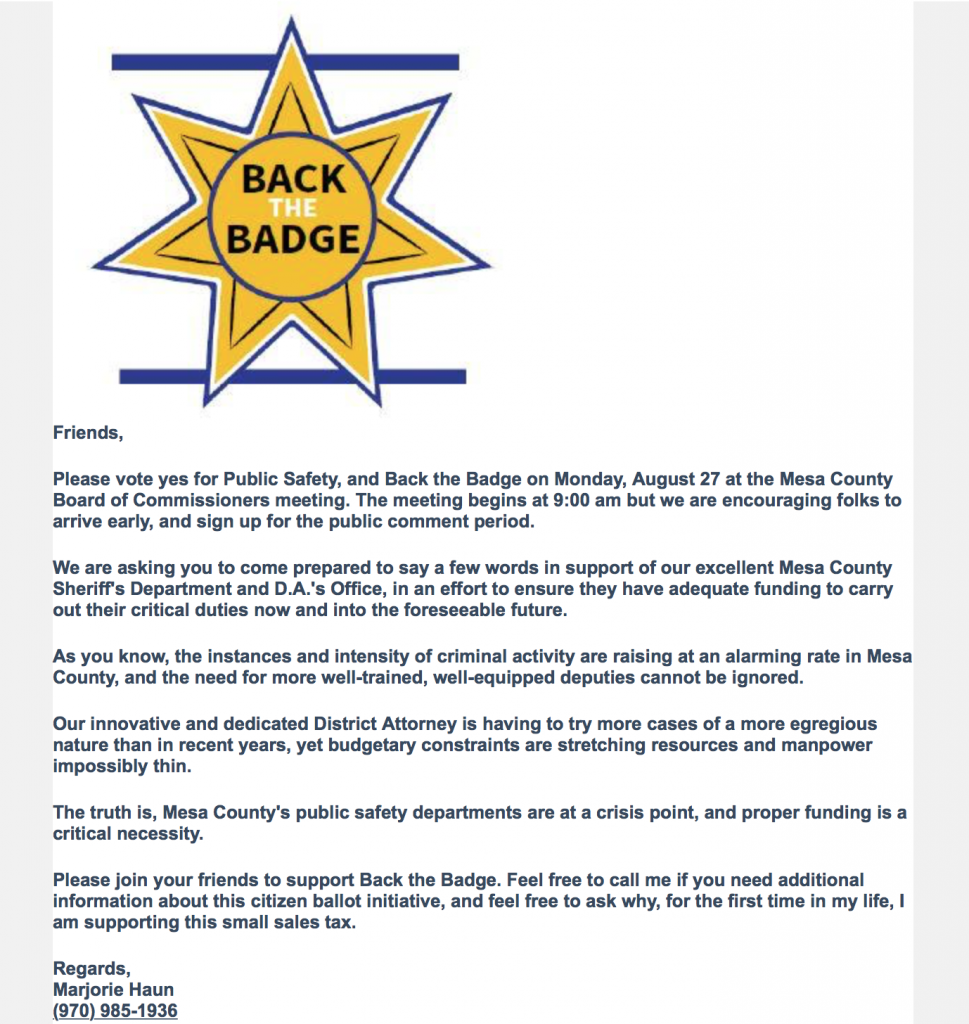 Conservative “ReaganGirl” Marjorie Haun supports raising the local sales tax, but got the date of the Commissioners meeting wrong