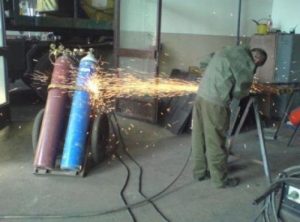 Workplace hazards face just about everyone who works on a job.

Do you work in oil and gas or construction? Trump is eroding your workplace protections.

Together the oil and gas and construction industries account for about 13% of all of Mesa County’s jobs, and people who work in these areas need to know that President Trump is not on your side. He signed an executive order last fall eviscerating five workplace safety panels created by law decades ago to advise the Department of Labor on how to improve workplace health and safety and protect whistleblowers who report dangerous conditions. Trump issued an executive order last fall formally abandoning the groups.

One panel was in the middle of recommending ways to prevent workers from being killed by large trucks backing up. Another committee Trump shut down had put three years into creating recommendations for the Occupational Safety and Health Administration (OSHA) on how to better train and monitor temporary workers, who are especially susceptible to death and injury on the job. Trump also allowed a nuclear advisory board to lapse, whose job was helping sick workers get medical benefits. Trump has also rolled back health and safety reporting requirements which helped OSHA track workplace injuries and deaths.

You can count on Republicans to lavish privilege on big business owners by gracing them with perks like big tax cuts while cutting  protections for consumers and people who work for wages, and while erosing the social safety net for middle and poorer classes.