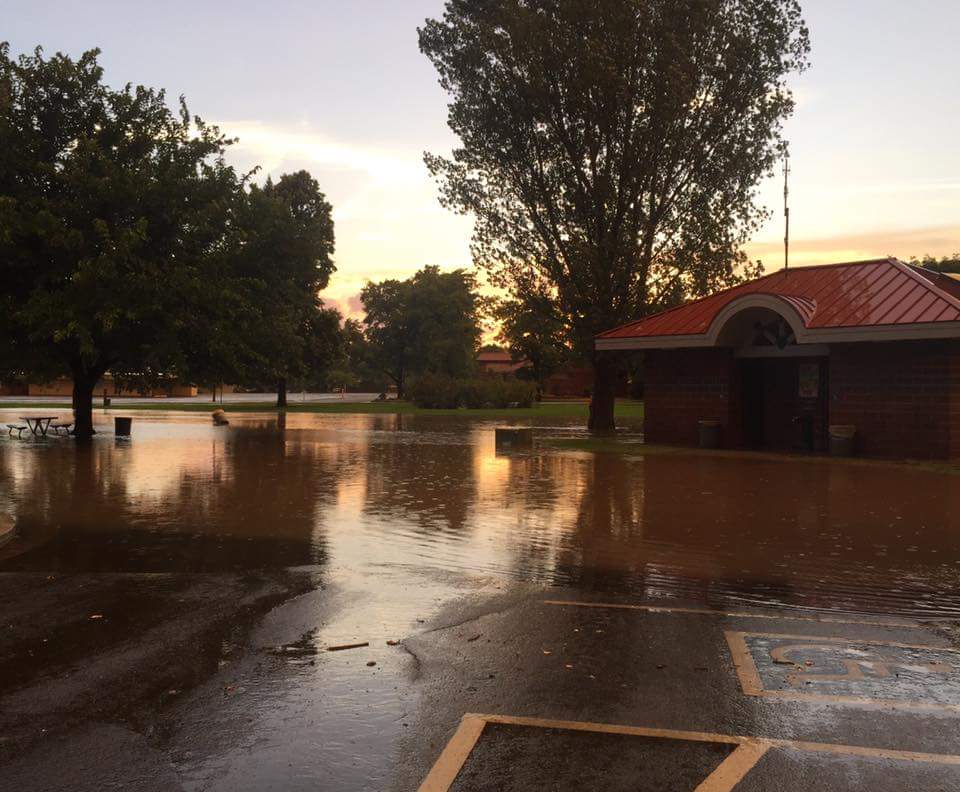 Mark your calendars: there’s a local election coming up that Grand Valley progressives and intelligent voters can actually win if they just get out to vote: It’s an election in which typically only about 200 people turn out vote, so one or two dozen extra voters coming out could really tip the entire election in a good way for our valley. It’s for the District 3 seat seat on the Grand Valley Drainage District (GVDD) board, and it’s coming up May 8. (pdf)

The difference between the two candidates is stark. It should make for a very easy decision by voters.

Here’s a briefing on the candidates:

One of the two candidates running for the Drainage Board District A seat is Mary Brophy. She is originally from San Diego, has resided in Palisade for about two years, is a dental hygienist, owns a peach stand and has no background in stormwater drainage. She has never attended any meetings of the Grand Valley Drainage District or any meetings of the 5-2-1 Drainage Authority, a drainage partnership between the City of Grand Junction, the City of Fruita, the Town of Palisade, Mesa County and the Grand Valley Drainage District. She answered questions from the G.J. Chamber about the GVDD’s goals and funding and her candidacy with one or two-line answers.

The other candidate for the District 3 Drainage Board seat is Dave Edwards. He has served as Mayor Pro Tem of the Town of Palisade for eight years, and served that entire time on the board of 5-2-1 Drainage District. For six of those years served as Chair of the 5-2-1 Drainage Authority. Dave has served on the Executive Board of the Colorado Municipal League for 6 years, and this past year was its Vice Chair. Dave has attended meetings, trainings and workshops of the Colorado Stormwater Council, and attended sessions at the Colorado Municipal League and the Special District Association on stormwater and public works. He subscribes to and reads several periodicals on public works and on stormwater. Dave is also a Certified Public Accountant and an attorney with an LLM Master of Laws (cum laude) in Administrative Law and Taxation. He has an MBA from the University of St. Thomas, St. Paul, Minnesota. He answered  the Chamber’s questionnaire about the GVDD’s goals and funding, and his candidacy by breaking his answers down into subject areas the GVDD covers of stormwater drainage, separation of stormwater from sewage water, and stormwater quality. 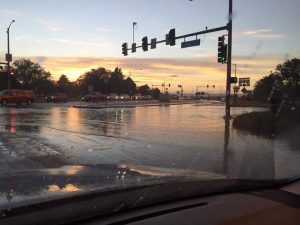 Why drainage matters: Flooding at First and Grand in Grand Junction, after 1/2 inch of rain fell in an hour in a summer rainstorm a few years ago.

O.K., now guess which candidate the Grand Junction Area Chamber of Commerce has endorsed for the District 3 Drainage Board seat?

You guessed it: The G.J. Chamber is endorsing Mary Brophy.

It fits perfectly with the Chamber’s longstanding track record of endorsements, though. After all, the Chamber endorsed Rick Brainard for Grand Junction City Council in 2013 (Brainard got arrested for assaulting his girlfriend four days after he was elected, and plead guilty); they supported the Brady Trucking Rezone in 2014 (promising a “yes” vote would bring “Jobs and Trails” to town that never materialized); they supported large-scale gambling in Mesa County in 2014 against the wishes of about 2/3 of the electorate; they supported the Riverside Parkway ZigZag Project in 2015, the downtown Event Center proposal in 2016 and they supported changing the name of North Avenue to “University Boulevard” in 2017. Also in 2017, the Chamber backed Thomas Keenan, a candidate who couldn’t put together a coherent sentence, for the District E School Board seat, and also backed Dusti Reimer for school board. Dusti numbered her answers on her Chamber questionnaire “1, 2, 3 and 5.”

So now you know everything you need to know about what endorsements by the Grand Junction Area Chamber of Commerce  in local elections actually mean. The Chamber pays no attention to a candidate’s mental or emotional suitability for a position, or their qualifications or track record of public service, or their areas of previous experience or background.

Okay, okay. Drainage doesn’t sound very exciting, but drainage is actually an extremely important part of our infrastructure, and one we almost never see or pay any attention to until it’s too late, usually after people lose property or someone loses a life in a flood. We need intelligent people who really care about drainage on this board, and preferably someone with experience.

Now mark your calendars and GO VOTE if you live in GVDD’s District 3.

How to vote in the Drainage District election:

So make a difference in our community, and get out and vote in the Drainage District election May 8 and make sure the truly better candidate wins.

4 comments for “Flex your muscle by getting out and voting in the May 8 Drainage District election!”