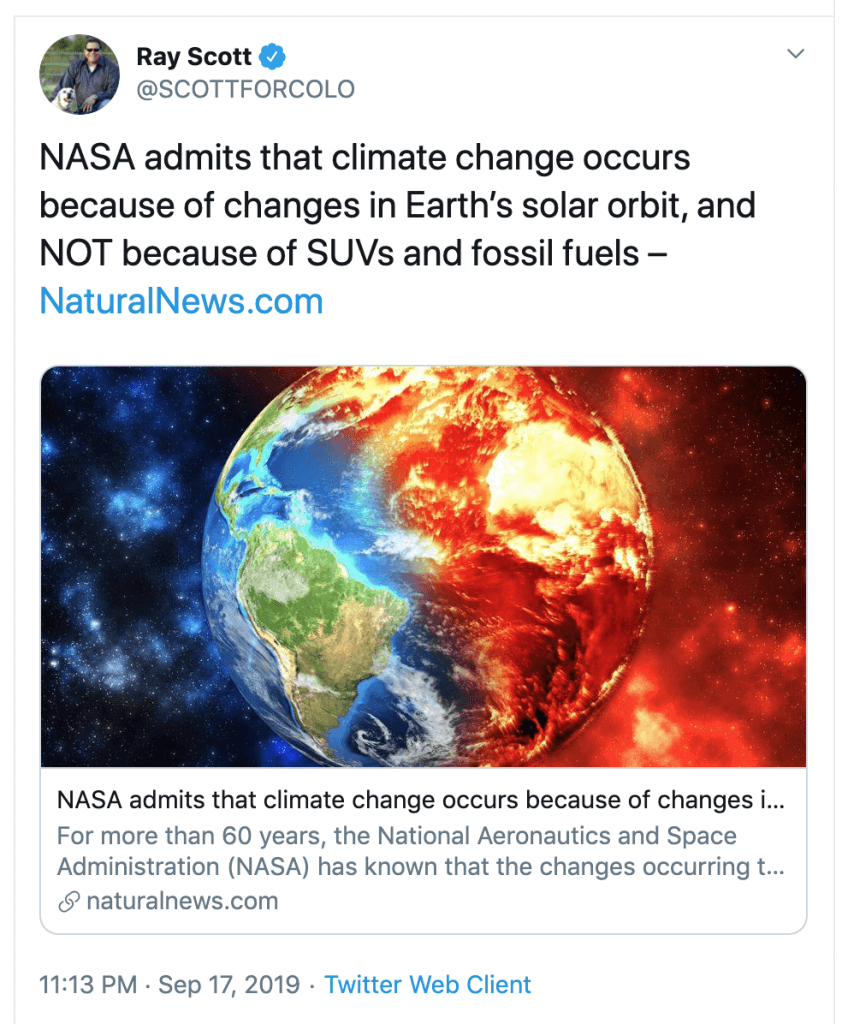 NaturalNews.com has been roundly discredited as a completely off-the-wall, full-on wacko conspiracy website, to the point that it was rated #1 on a list of the Top Ten Worst Anti-Science Websites.

The founder of the NaturalNews is Mike Adams, who has been preaching global apocalypse for 20 years. Adams intersperses far-out conspiracy rants about things like chemtrails and misleading anti-vaxx claims with ads promoting things like organic broccoli sprout capsules and Groovy Bee Organic Maca Root Powder. Adams is often likened to conspiracy theorist Alex Jones of Infowars.

This is who your duly elected official, State Senator Ray Scott, is citing as a source he considers as offering legitimate research. What’s worse is that he believes the nutty fake news this site spews over our country’s most pre-eminent scientific agencies.