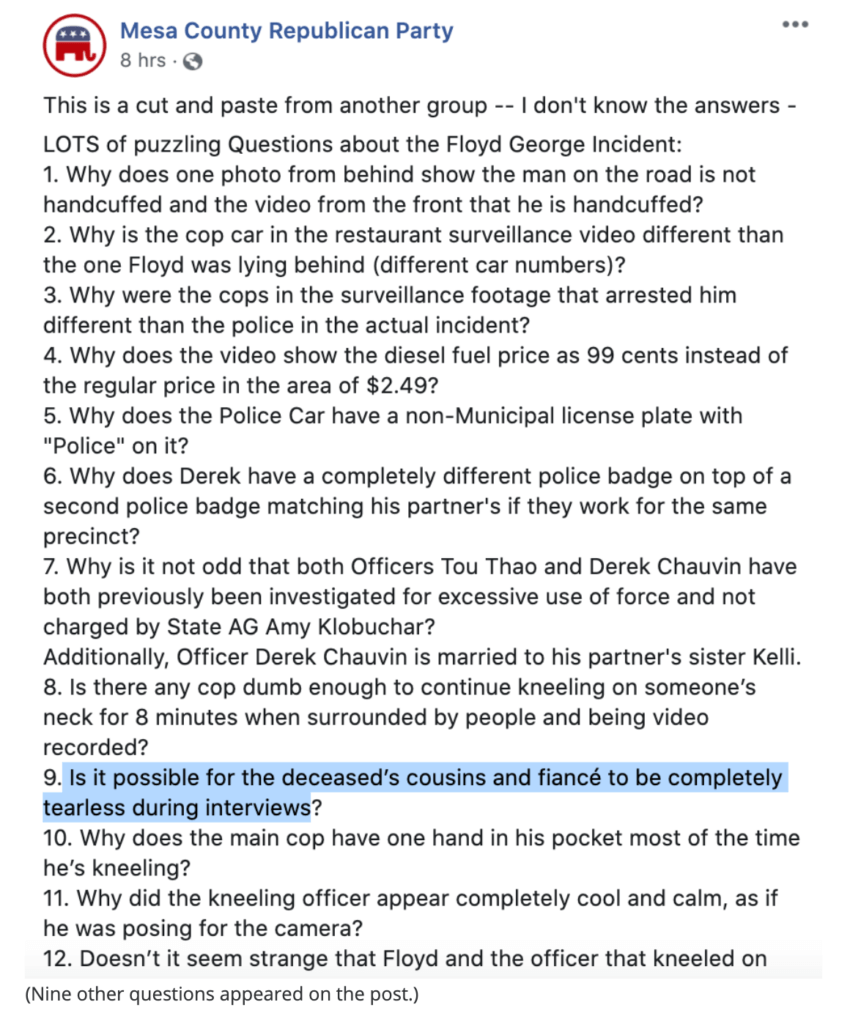 The Colorado Times Recorder reported June 3 that the Mesa County Republican Party removed a post from its official Facebook page that suggested George Floyd’s murder by Minneapolis Police on May 25, 2020 was faked.

The post contained a list of questions about the incident meant to imply it was staged, including:

“Why does one photo from behind show the man on the road is not handcuffed and the video from the front that he is handcuffed?”

“Why does the video show the diesel fuel price as 99 cents instead of the regular price in the area of $2.49?”

“Why does the police car have a non-municipal license plate with “Police” on it?”

(NOTE: The police car has a license plate that says “Police” because many Minneapolis Police cars have license plates on them that say “Police.”)

When asked why he removed the post from the page, Kevin McCarney, Chair of the Mesa County Republican Party, told the Times Recorder, “It’s not the position of the Party.”

…and another post from McCallister’s personal Facebook page from 2018 comparing House Rep. Maxine Waters to an alien beast: 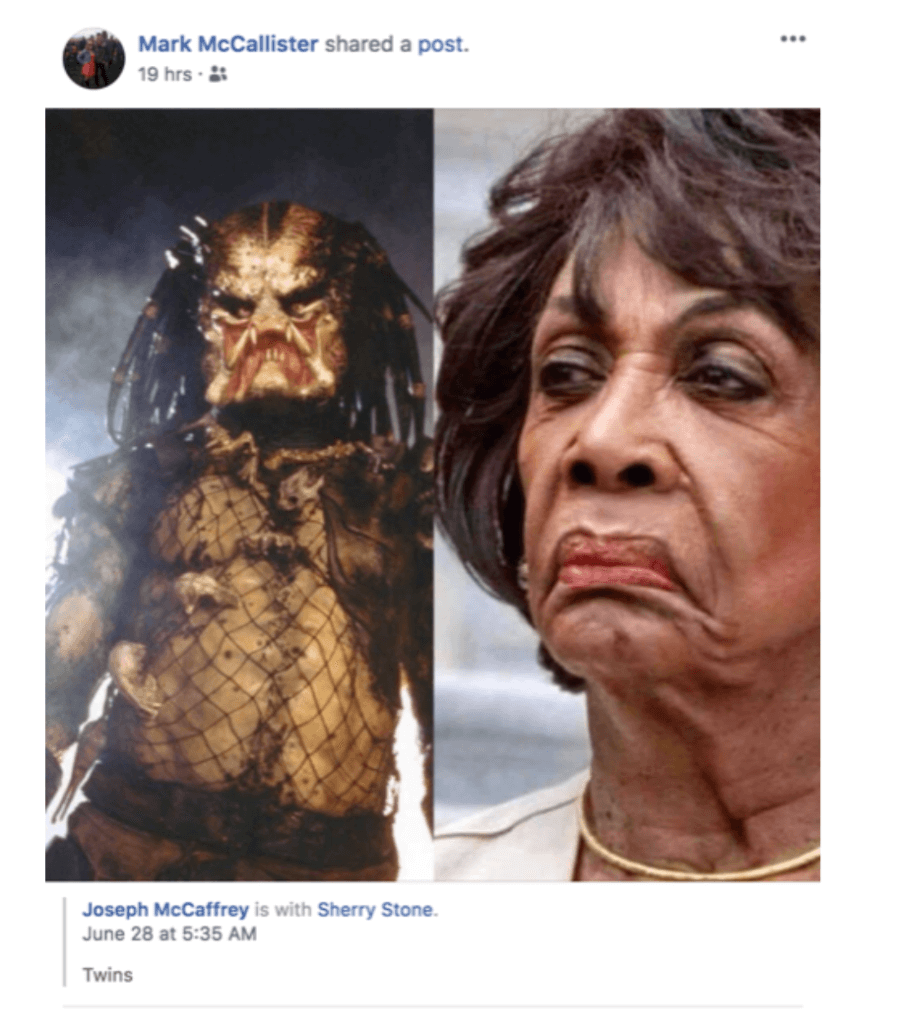 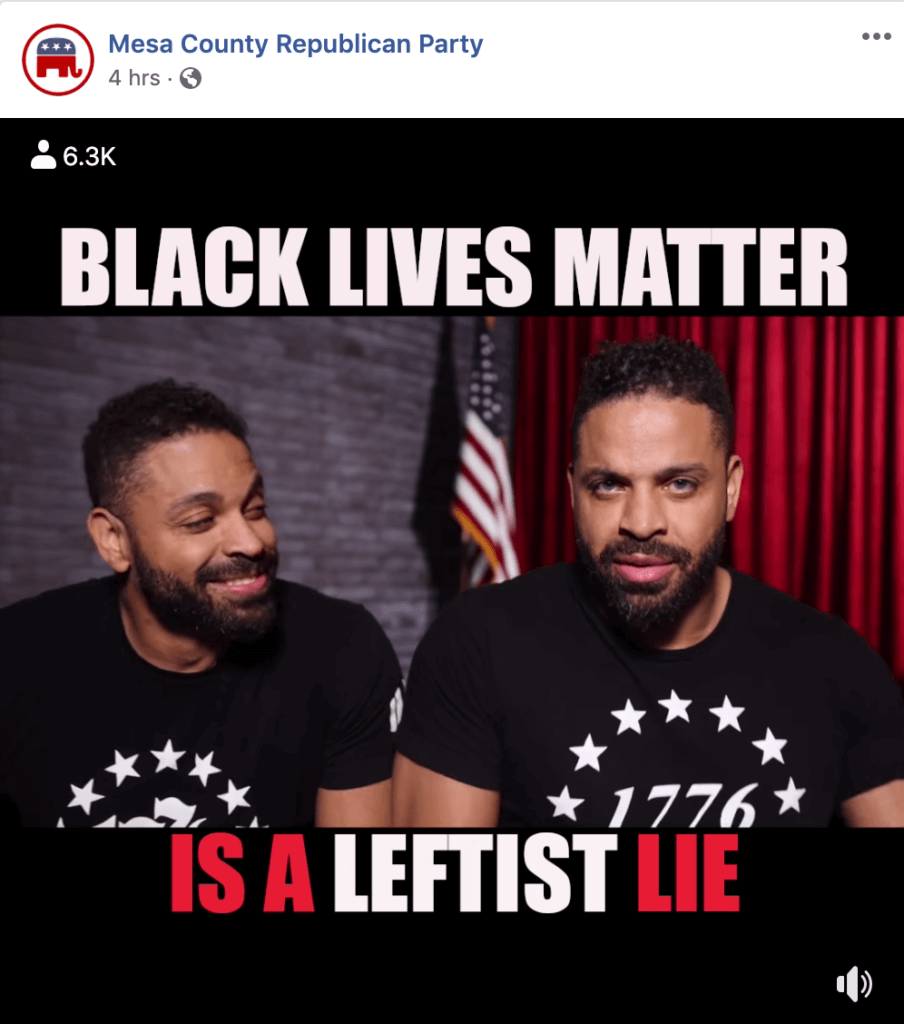 For more documentation of the recent manifestations of racism among the Mesa County GOP, enter the term “hate” in the search box on the right side of the front page of this blog. Keep in mind that members of the “Mesa County Deplorables” group are a self-selected subset of the Mesa County Republican Party.