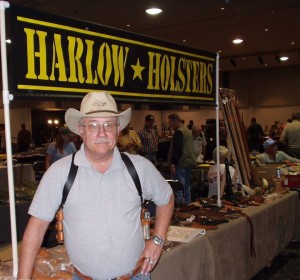 What is a surprise, though, and a huge embarrassment for Mesa County citizens, is that Harlow got the endorsement of anyone at all.

Harlow’s smugness and extreme hate-filled views reveal one thing: he is a ticking time bomb waiting to go off.

If his writings are any indication, contempt and hostility ooze from Harlow’s every pore.

One only has to spend time reading about Mr. Harlow and seeing what he has written publicly to see what drives him.

In a June 2, 2014 article in the Western Slope Watchdog, Harlow expresses his admiration for Richard Mack, the former Arizona sheriff who planned to line women up to get shot first in the armed standoff between BLM officers and right-wing militia members at Cliven Bunday’s Nevada ranch last April. “We were actually strategizing to put all the women up at the front,” Mack said of the right-wing snipers with rifles who stood ready to fire on BLM officers in the standoff. “If they’re gonna start shooting, it’s gonna be women that are gonna be televised all across the world getting shot by these rogue officers,” Mack said. The important thing to Mack was not public safety. He wanted to make certain that women would get shot first to create a good photo opportunity for the media.

This is actually one of Harlow’s heroes.

In a July 5 post on his Facebook page that he titled “Attention Useless Eaters,” Harlow likens the central American child refugees amassing at the southern U.S. border to cockroaches. He writes,

Then on July 13, 2014, Harlow posted another xenophobic rant on his Facebook page titled “Operation Wetback,” in which he defends use the term “wetback.”

“The term wetback can not be racist, as it’s not race-specific,” Harlow says. “Since we are apprehending invaders from Yemen, Iraq, China, Iran Guatemala, Honduras, Nicaragua, etc., it’s impossible that the term could be racist,” he explains.

“Dope and prostitution are why Mexican border towns exist,” Harlow further writes, forgetting — or maybe never knowing — that California, New Mexico and most of Texas once belonged to Mexico, before the U.S. ever existed.

In his July 12 Facebook post, Harlow proffers a “test” to see if you are a conservative or not. The “test” reveals even more of his ugly and embarrassing “us against them” mentality. He refers to poor people as “parasites” and calls Japan and Germany “third world toilets.”

A more ignorant, hate-filled and intolerant face of Mesa County probably couldn’t exist. Someone who harbors this much antipathy towards so many different members of society has no business whatsoever holding any public office, ever, let alone a leadership position at a public safety agency.

But this is America, albeit an America Harlow clearly hates. He is free to hold his views and write about them as much as he likes. Mesa County citizens are free to read them too, and as long as he is posting them publicly all Mesa County voters should read them. But the idea that anyone would openly and proudly support a candidate for public office who harbors this kind of disdain toward other human beings makes a very sad and shocking statement about the kind of people who live on Colorado’s western slope.