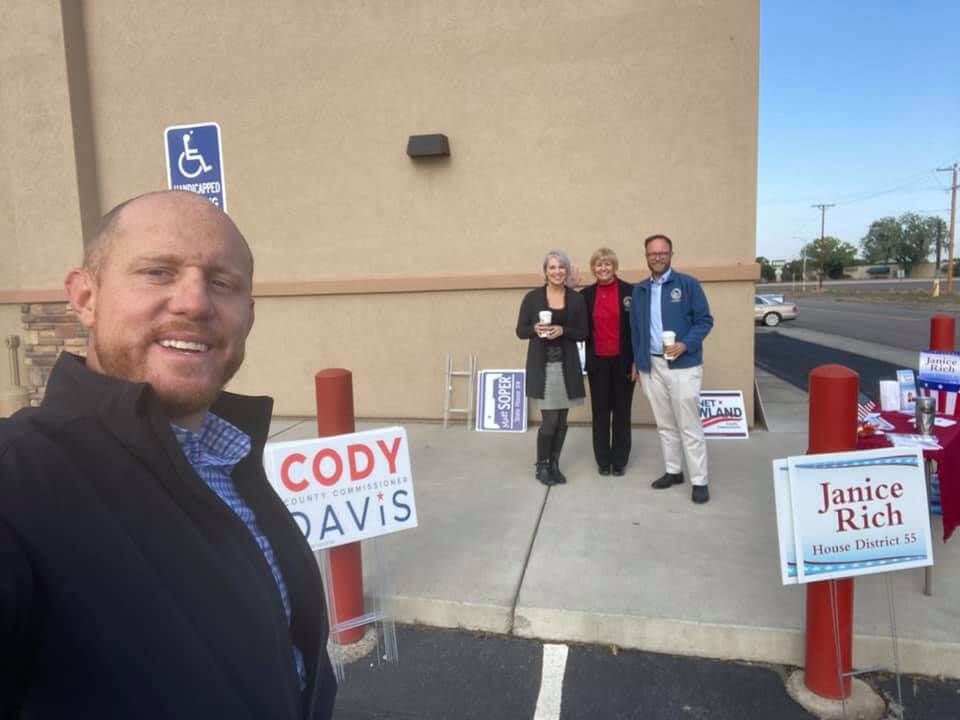 GOP County Commissioner Candidate Cody Davis takes a selfie of the candidates at a GOP “Meet the Candidate” event on Friday amid a lack of attendees. (Photo Credit: Cody Davis/Janet Rowland)

Rowland posted information about the event on her Facebook page saying “We had a great time at our first Meet the Candidate event. Thankful to have young and old show up.”

She meant one young person and one old person showed up.

Photos of the event show fewer than a handful of attendees, revealing a potential lack of enthusiasm for the slate of GOP candidates in Mesa County in November. 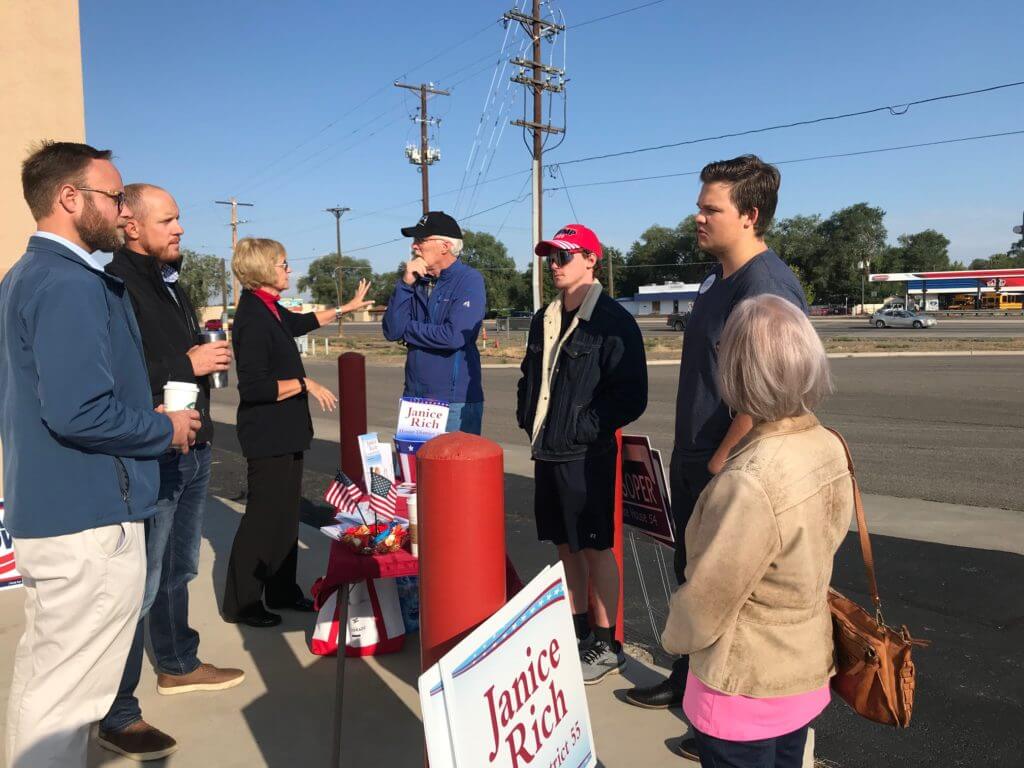