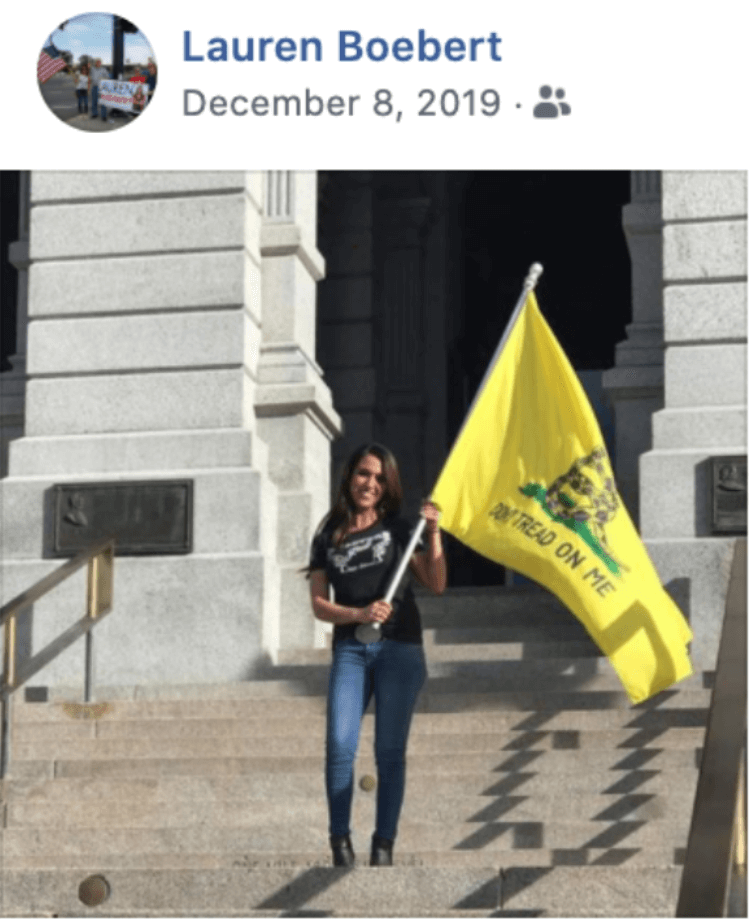 Lauren Boebert shown n December, 2019, carrying the same flag carried by many of the insurrectionists who attacked the U.S. Capitol on January 6, 2021

The government watchdog group Accountable.us has filed a complaint (pdf) with the Office of Congressional Ethics requesting an investigation into House Rep. Lauren Boebert’s exorbitant mileage reimbursements in 2020. Boebert claimed to have driven 36,868 miles in 2020, enough to circumnavigate the globe almost one and a half times, even though there were several months in which there were no posted public campaign events.

By contrast, her predecessor, former District 3 Congress member Scott Tipton,  reimbursed himself a total of $12,255 from his campaign coffers for travel over the entire decade he held the office.

The Denver Post did an exhaustive analysis of how much driving Boebert would have needed to do in order to attend all of the 80 public campaign events listed on the “Events” tab of her campaign’s Facebook page. They used GPS in their calculations to gauge road distances and assumed that she left from and returned to her home in Silt after every event.