So this appears to be the big news from Mike Lindell’s cyber symposium. They are saying Jena Griswold, the Colorado Secretary of State, along with Dominion “raided” the elections department of Mesa County Clerk Tina Peters (with a search warrant). pic.twitter.com/PvSSpxYq8E

The Daily Sentinel reported today that Republican Mesa County Clerk Tina Peters’ office is under criminal investigation by the Colorado Secretary of State (SOS) for an alleged election system security breach in which secret passwords to Mesa County’s voting machines were leaked and exposed on a right wing blog called GatewayPundit. 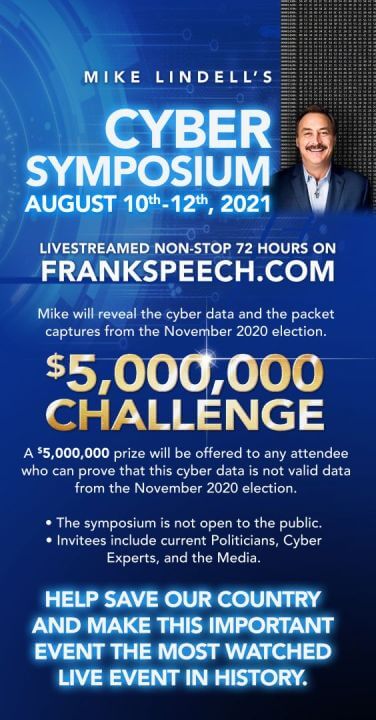 An August 9 press release from the Secretary of State called it “a serious breach of voting system security protocols.” Another press release from today said the SOS’s office is sending a team of civil servants to investigate the breach. Peters’ office was given just three days to produce copious amounts of material for the investigation including chain of custody logs, surveillance camera videos, proof of background checks on all of her employees and other data.

So where was Tina today? Sweating bullets over a criminal investigation of her office?

She was a guest speaker at Mike Lindell’s 3-day Cyber Symposium in Sioux Falls, South Dakota, at which she was portrayed as a “whistleblower” who is “speaking out.”  Lindell, the “My Pillow” guy, is using the symposium to try to prove that the 2020 presidential election was hacked by a foreign country. The event was only for invited politicians, cyber experts and the media. In a tweet

Last January 3, Peters tweeted from her personal Twitter account about just how unsafe and insecure local elections are and how easy it is to hack the election. Peters posted the Tweet “as the one that administers elections in my county.” She boasted about how one can count ballots that favor a certain candidate more than once, or how it is possible to “change algorithm in a voting machine.”

Her office also drew scorn for forgetting to collect 574 ballots from the 2019 election, and then, after discovering them in February of 2020, refusing to count them or inform the voters who were disenfranchised. 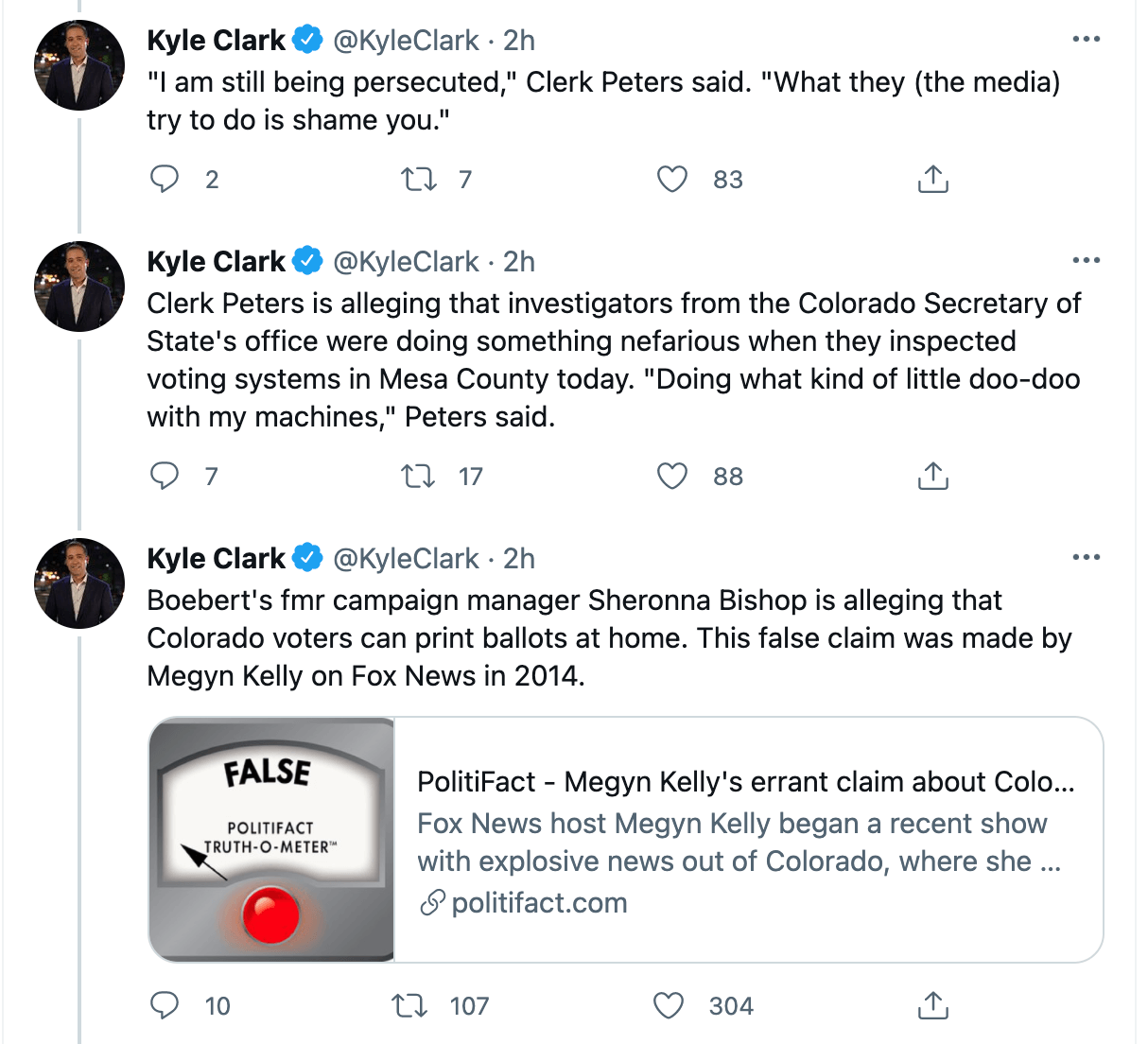 There’s lots of blow-by-blow on the symposium and additional information about Peters, Lindell, Bishop at the event in Kyle Clark’s Twitter feed.