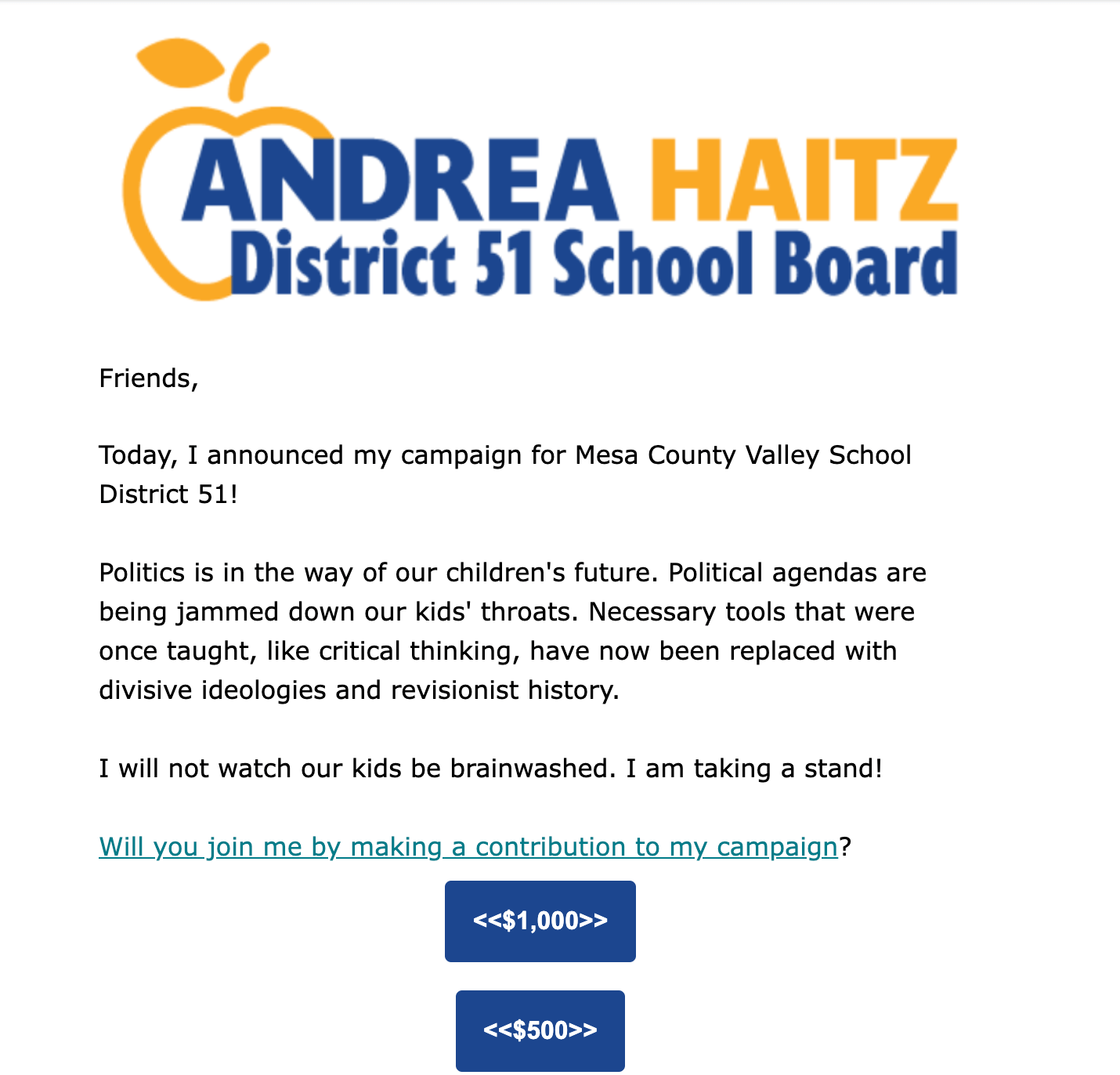 School District 51 Board Candidate Andrea Haitz sent out a red-meat fundraising email in July that offended teachers, parents and D-51 employees who have been working hard to give kids the best education possible while struggling with all the difficulties imposed by the coronavirus pandemic.

“Politics is in the way of our children’s future. Political agendas are being jammed down our kids’ throats. Necessary tools that were once taught, like critical thinking, have now been replaced with divisive ideologies and revisionist history.

I will not watch our kids be brainwashed. I am taking a stand!

Will you join me by making a contribution to my campaign?”

The email was a dog-whistle designed to extract donations from far-right conservatives who fear “Critical Race Theory,” (CRT) a body of legal and academic scholarship that proposes that race is a social and not a biological construct, and that discusses how race and a history of institutionalized racism have created and perpetuate a system that broadly disadvantages people of color in American society. CRT proposes that America’s history of racism has led to pervasive and discriminatory social and legal practices like redlining, seizures of land from indigenous peoples, and poorer treatment of people of color in the justice system in education, health care, etc.

CRT is an advanced concept taught at postgraduate levels, so District 51 does not teach CRT.

But that didn’t stop Haitz from inferring that CRT is taught in D-51, ginning up hatred and anger toward the school district and its employees along the way in order to raise money for her campaign. 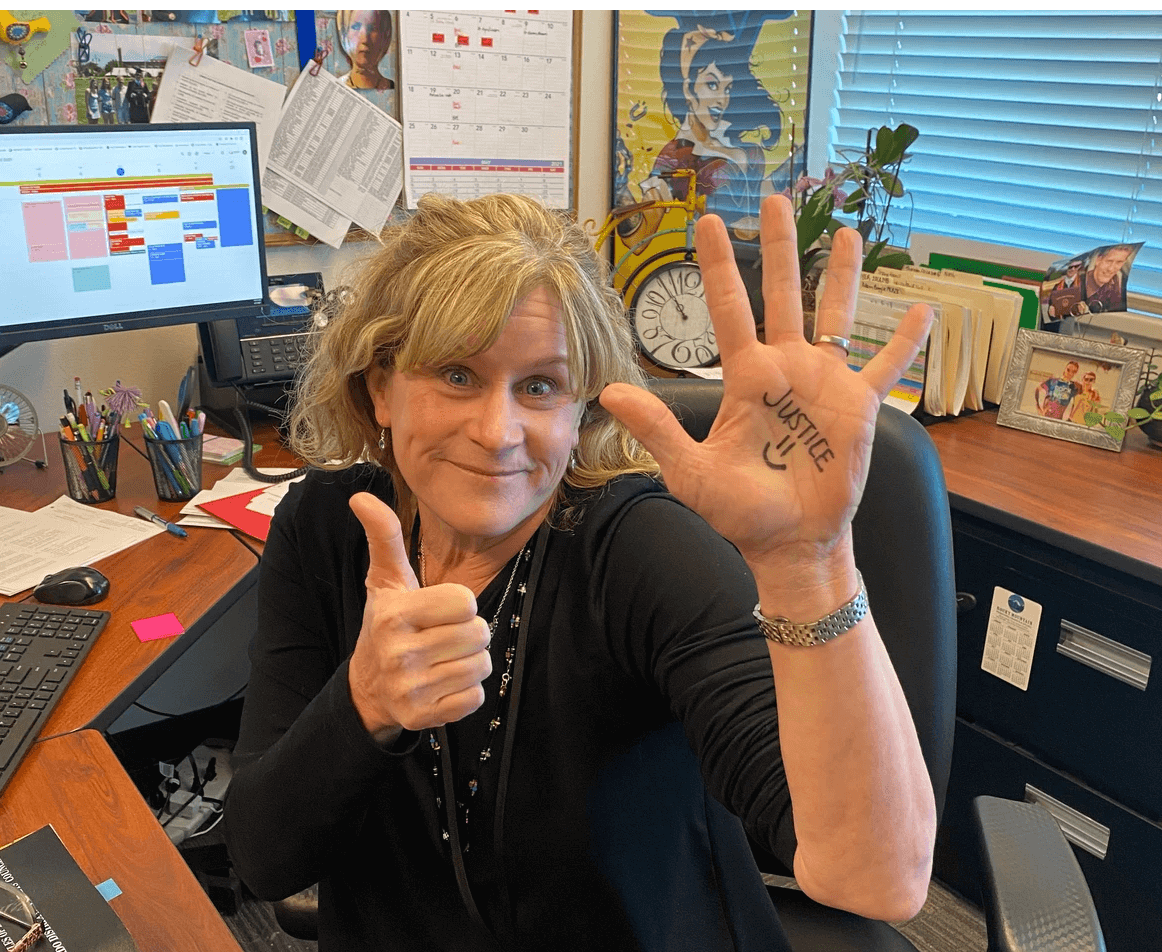 One person associated with D-51 who got the email said,

“Personally, I find this insulting for teachers and those who have invested so much in kids…”

“Ridiculous rhetoric, and paranoia. … There is a great meme about teachers and CRT: ‘If we could brainwash them, we would start with getting them to do their homework.'”

Haitz is running for the District C seat currently held by Mesa County Chief Deputy District Attorney Trish Mahre, who is running to keep the seat.