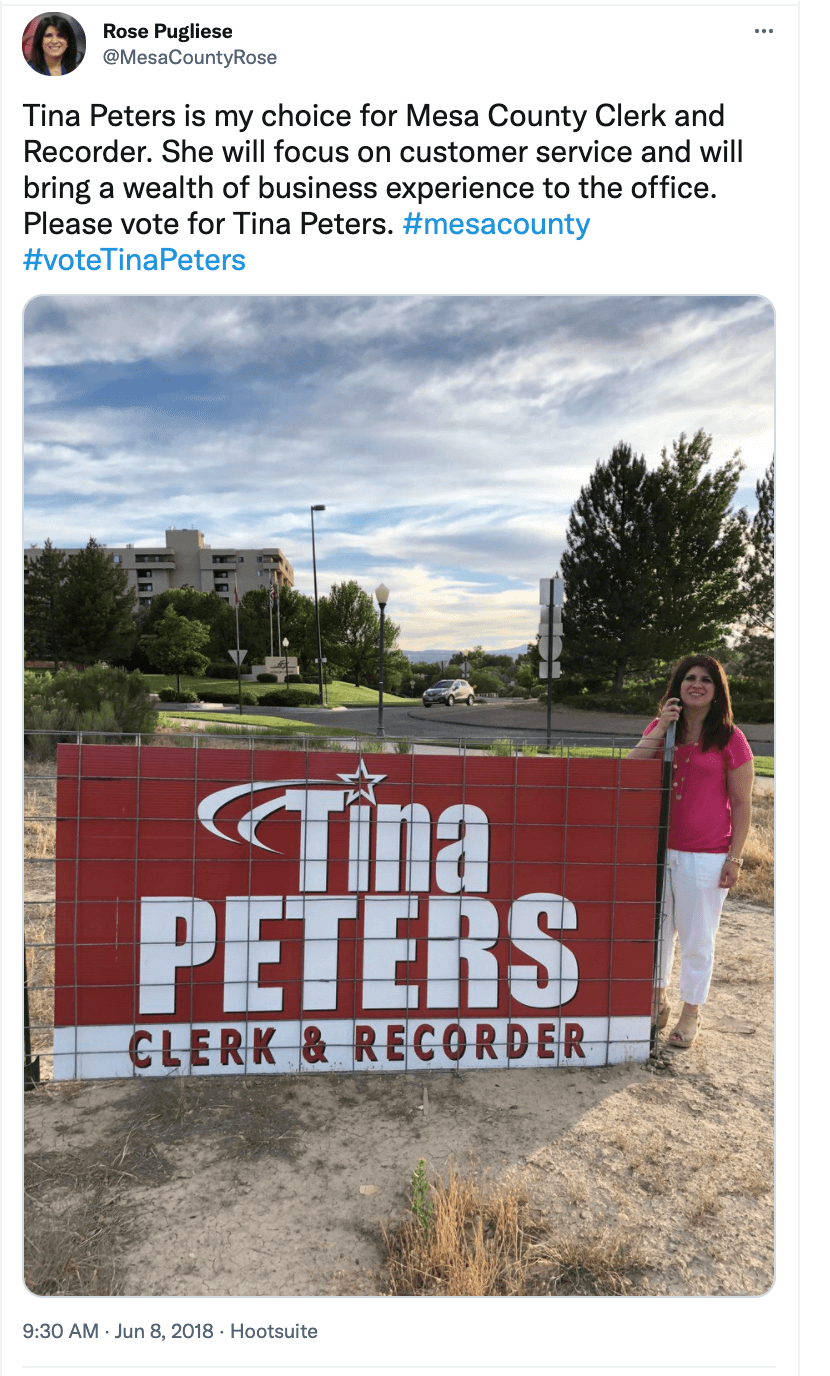 But the circumstances surrounding Rose’s endorsement of Tina make it far, far more egregious than most people realize.

Never has a more blind, ridiculous, stomach-turning, partisan endorsement caused so much anger, frustration, difficulty and expense for Colorado voters and taxpayers than Rose’s 2018 endorsement of Tina Peters for Mesa County Clerk.

The most qualified candidate for County Clerk at the time was a complete, total no-brainer. 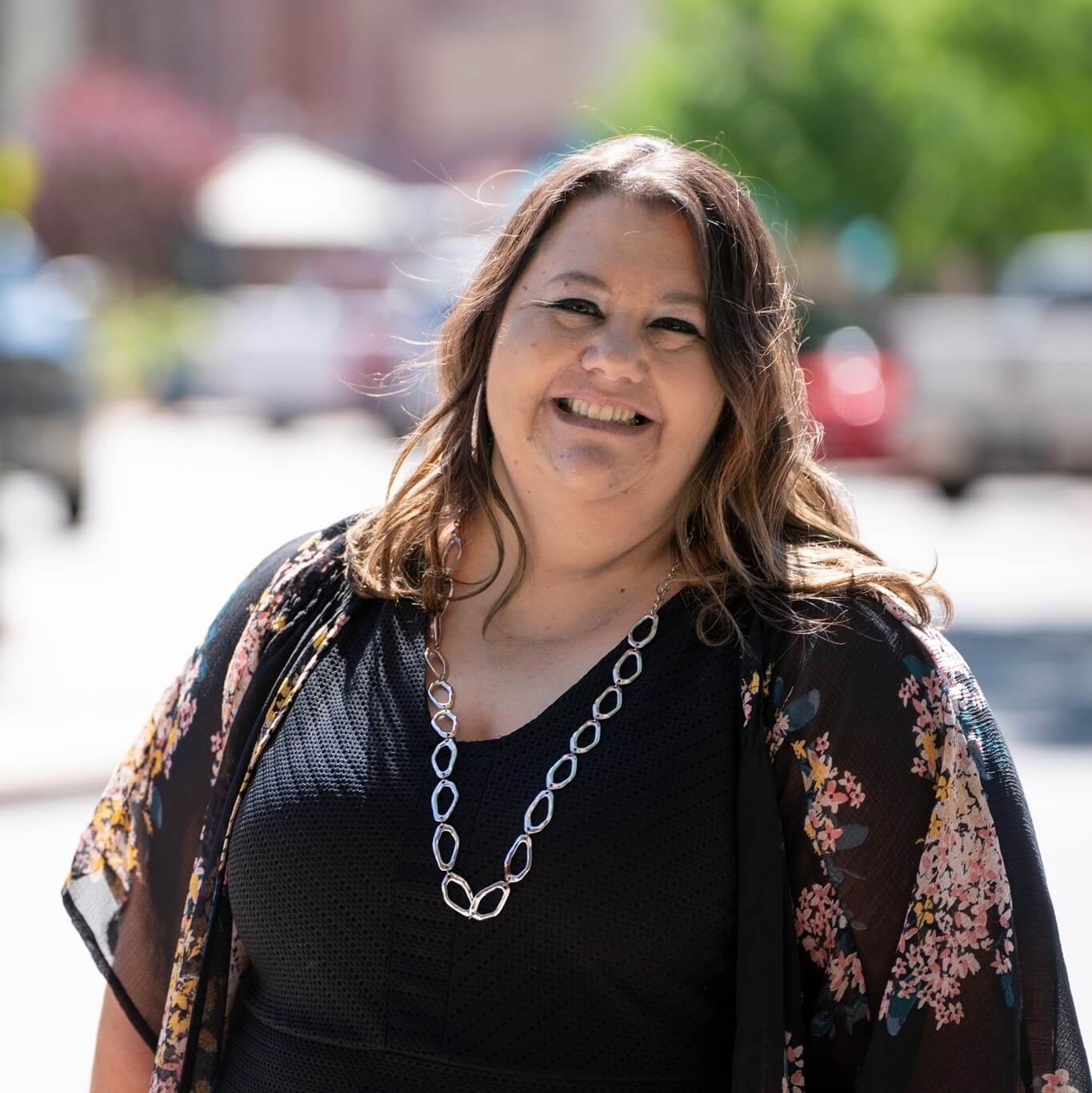 Fortunately we can right the wrong that was done to Mesa County by Rose’s endorsement in 2018. Bobbie Gross will run again for Clerk and Recorder in 2022

One candidate was Bobbie Gross, a Republican with more than 10 years of increasingly responsible experience working in the Mesa County Clerk and Recorder’s Office. Gross had worked her way up to being the Motor Vehicle Manager at the time, and oversaw 19 of the then-30 employees of the Clerk and Recorder’s Office. She had co-directed the 2016 presidential elections for Mesa County, was a Certified Elections Official and in July of 2018 was about to become certified as a National Elections Administrator.

The other candidate was Tina Peters, a former flight attendant who had done the books for a construction company, worked for a Hollywood talent agency, had done multi-level marketing and had a degree from the now-defunct Clayton College of Natural Health, an online school that was shut down in 2010 after its students brought a class action lawsuit against it for breach of fiduciary duty.

To get reductive, quotes from each candidate at the time they declared their candidacies were all that was needed to determine the best candidate for this office:

“I’ve had 31 years as a private business owner. I’ve homeschooled my kids, and I’ve worked as a flight attendant. I’ve been out in the public and I know what it takes.”

“I’m the certified elections official in Colorado. I’m going to be nationally certified as elections administrator in July of this year. I bring the dedication and experience in both recording, elections, and motor vehicle.”

Forget all the other egregious things Rose Pugliese has ever done as a citizen activist and an elected official. Based on her 2018 endorsement of Tina Peters alone, she should be drop-kicked out of Colorado politics forever.