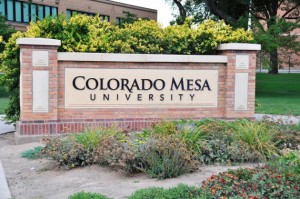 Toward the end of the article, the Sentinel wrote,

“Isolated students attend class via Zoom and have meals delivered to them, [Amy] Bronson [of CMU’s Physician’s Assistant Program] said, and there is plenty of wraparound care such as games to keep them occupied while in isolation….There was one minor communication issue in which an isolating student wasn’t clear on some of the procedures for ordering food, Bronson said, but that has been cleared up and some language on one of the posters in the dorm has been changed to make it more clear.”

The student’s parent read the article and responded,

“It states my son was ‘unclear’ on the procedures when in fact the procedures memo he was given was incorrect and outdated on how to get and order food. This was admitted to my son by the university official he spoke with on Monday. In fact, he said she apologized and laughed, saying that he was the only student who actually read the procedures memo and followed it to the letter. It specifically stated that he could only order food Monday through Friday before 4 p.m. for the following day and weekends. That was just one ‘miscommunication’ of several others…”

The student was admitted to quarantine on a Friday afternoon, leaving no time to order food for the weekend.

“I can certainly see how the timing of all this was an issue, but getting sick with Covid doesn’t run a Monday through Friday schedule, and there should be a better plan to handle these things when a student is quarantined, not two days later.”

He added the school did apologize to the family, and he wanted to thank this blog and our readers for bringing this situation to light and getting some action taken to help his son.

“It really shows the spirit of the Grand Junction community,” he wrote. “Thank you so much.”

It is also notable that the Mesa County Public Health Department (MCPHD) has not been including outbreak data from CMU on its Covid-19 Data Dashboard. MCPHD’s Covid Dashboard claims to report on outbreaks in the county and be updated weekly, yet while it displays information on outbreaks at 22 local schools (and as recently as three days ago it listed 16 schools), it makes no mention of CMU, which has had 27 positive cases just this week, and 56 so far this semester.

CMU’s Covid dashboard also contains an odd chart MCPHD doesn’t have, titled “Campus Protective Immunity.” The chart reports this factor at “80-90%,” without defining what “protective immunity” means — whether it means 80-90% of students and staff have been immunized against Covid-19, or whether 80-90% of students and staff have been documented to have antibodies against the disease, or just how the school determines this number. Without information and more context about how data for this chart is collected and measured, the chart itself is meaningless and smacks of purely being a PR move.

Also, the Daily Sentinel has failed to ask CMU what this chart means, or how the school defines and measures “protective immunity” on campus, leaving people to guess.

MCPHD promise to include data on CMU so far unfulfilled

When a concerned citizens contacted MCPHD Director Jeff Kuhr about why CMU’s cases have been missing from the list of Covid outbreaks in the county, Kuhr responded: 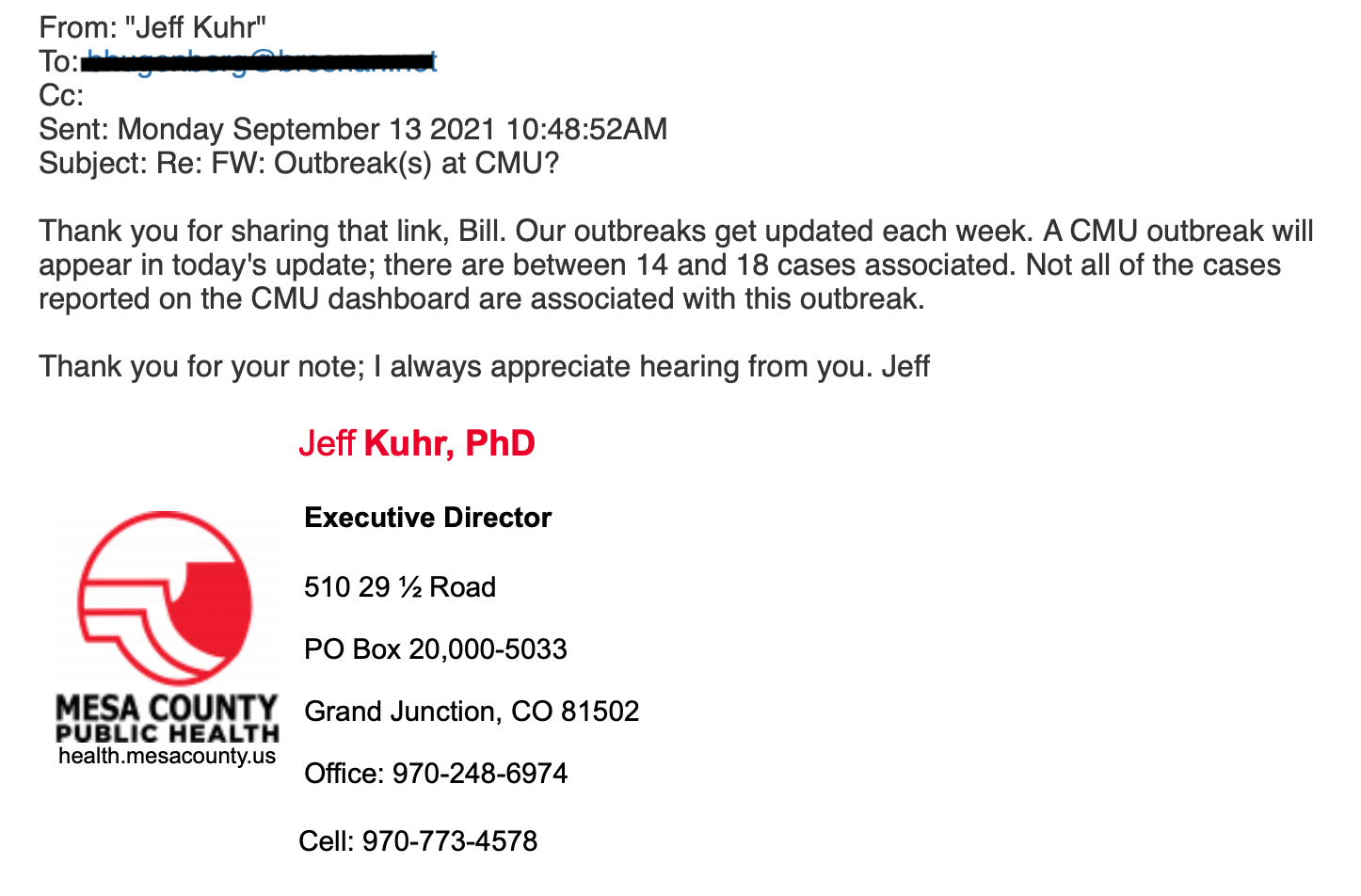 Despite this response, as of today, Wednesday, September 15, MCHD’s Data Dashboard chart of Covid outbreaks still shows no information about Covid outbreaks at CMU, despite the above assurance from Director Jeff Kuhr that the chart would be updated on 9/13 to include it. Instead, the most recent outbreak on the chart is dated August 18 — almost one month ago.