“Mesa County’s Chief Elections officer had her home searched by the FBI yesterday. They were there in connection with an elections security breach that put sensitive information in the hands of clerk Tina Peters’ fellow conspiracy theorists. Peter’s house, the homes of three associates, including congresswoman Lauren Boebert’s former campaign manager, Sherronna Bishop, were all searched by the federal, state and local investigators on their respective cases. Clerk Peters, who previously fled Colorado under the protection of My Pillow Guy Mike Lindell, went on the Pillow Guy’s online show yesterday to call the raid ‘terrifying.’ The Attorney General’s office clarified today that no force was used in serving the search warrants and that Clerk Peters was around the house, making breakfast, while agents collected evidence.:

Mesa County Clerk Tina Peters and the My PIllow Guy, Mike Lindell, at the “Cyber Symposium” in South Dakota

Clark then castigated the Colorado Republican Party for failing to answer a simple question he has asked them repeatedly over the last three months: Do they still support Mesa County Clerk Peters?:

“Clerk Peters has lost the support of Mesa County’s Republican Commissioners following that election security breach. She’s been stripped of her elections duties, and former Republican Secretary of State Wayne Williams has called on her to resign. Colorado Republican Party Chairwoman Kristi Burton Brown will not tell us whether they still support clerk Peters. We first asked them 97 days ago, and several times since, including today, with no response.”

Finally, Clark reprimanded journalists for the way they have been utterly failing to hold House Rep. Lauren Boebert accountable for the avalanche of vile, cruel and false things she says practically daily, simply because there is so much of it to cover.
He said:

“Representative Lauren Boebert launched an Islamophobic attack against fellow Congresswoman Ilhan Omar on the House floor today, suggesting that the congresswoman from Minnesota is involved in terrorism, calling her a member of the “Jihad Squad” and repeating an unsupported smear that Omar had married her brother. 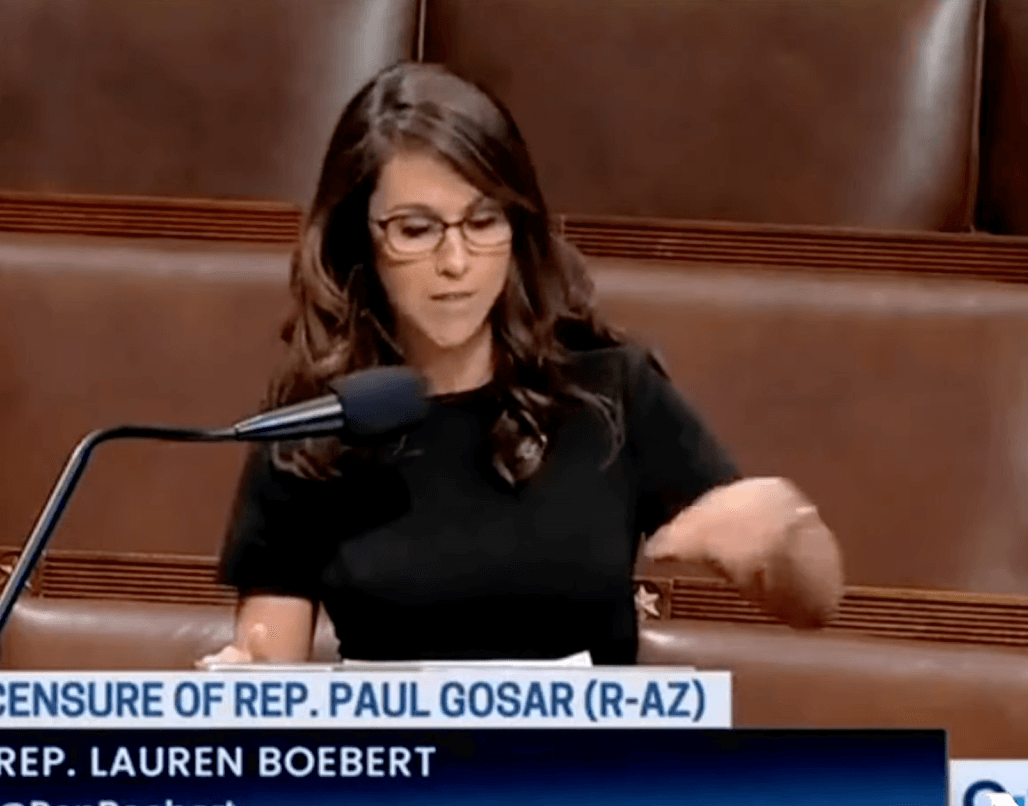 Lauren Boebert insulting her colleague on the House floor

Video of Boebert on the House floor, saying: “The Jihad Squad member from Minnesota has paid her husband, and not her brother husband, the other one, over a million dollars in campaign funds. This member is allowed on the Foreign Affairs committee while praising terrorists.”

Clark then summed up the problem:

It’s time that we acknowledge something that may be obvious by now: We hold Republican Congresswoman Lauren Boebert to a different standard than every other elected official in Colorado. We hold Congresswoman Boebert to a far lower standard. If we held her to the same standard as every other elected Republican and Democrat in Colorado, we would be here near nightly chronicling the cruel, false, and bigoted things that Boebert says for attention and fundraising.

This is not about politics, assuming politics is still about things like taxes, National Security, healthcare jobs and public lands. This is about us, as journalists, recognizing that we will hold a politician accountable if they say something vile once, but we won’t do it if they do it every day. Our double standard is unfair to all the elected officials in Colorado, Republicans and Democrats, who display human decency.