SFTC opposes election integrity while telling people they support it

The group blocked a commenter from their Facebook page after they wrote under a video of a pro-Tina Peters rally at the Courthouse December 1, that the only person in the County who has ever openly refused to count hundreds of legitimately-cast ballots is Mesa County Clerk Tina Peters herself, and that Peters still has a box containing 574 uncounted ballots from the 2019 election sitting in her office. When pressed about why she never counted them, Peters has essentially said it was because she didn’t think they mattered.

If Stand for the Constitution really embraced election integrity, they would be pushing Peters to count and record every last one of those ballots, but they aren’t.

They are just providing the local populace with a heavy dose of Constitution theater. 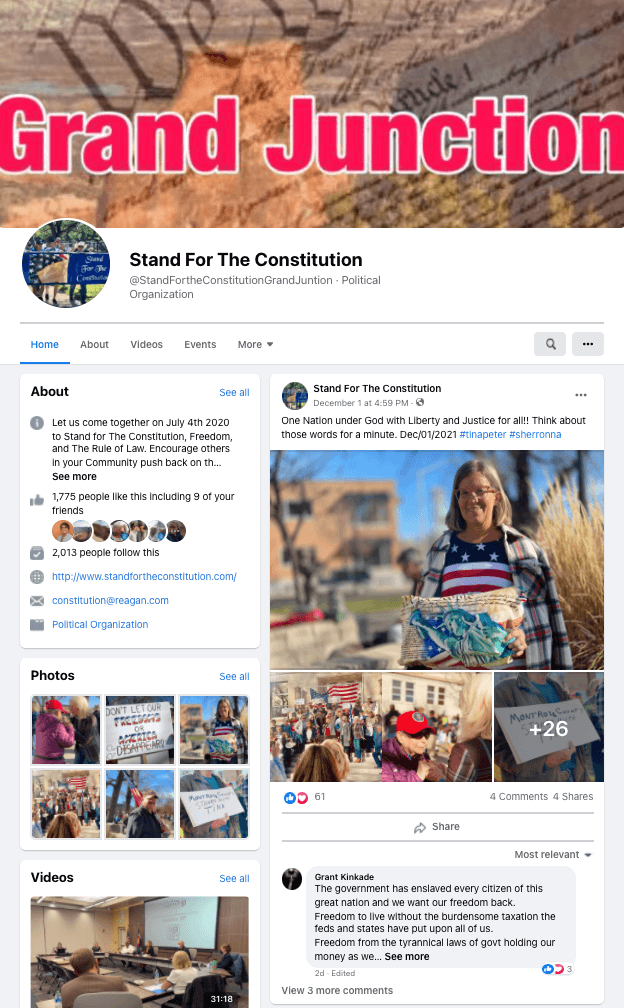 “Stand for the Constitution” provides a heavy does of Constitution theater, without actually defending rights enshrined in the constitution or the right to have every legally-cast ballot count