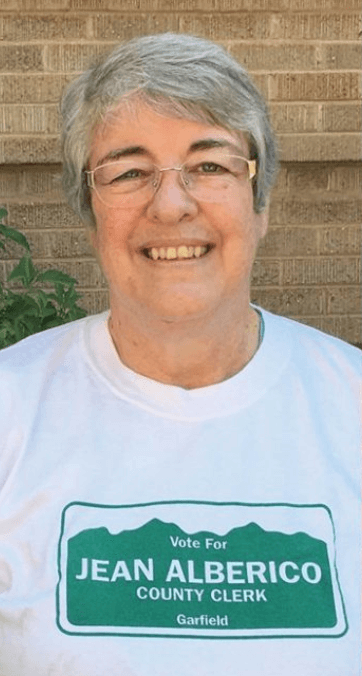 Garfield County is feeling some ripple effects from the Tina Peters scandal, and there’s growing concern about it.

After four terms as Clerk and nearly 40 years of working in the Clerk’s office, long time Garfield County Clerk Jean Alberico, is retiring this year, which means there will be a contested election for the office of Clerk and Recorder in Garfield County for the first time in many years this election cycle. Normally few people care about the Clerk and Recorder’s office in their county, but Garfield County voters need look no further than Mesa County next door to understand the importance of this office and the disaster that can unfold if the wrong person is elected to it, as happened here in Mesa County.

Add to this situation that indicted Mesa County Clerk Tina Peters’ puppet master, Sherronna Bishop, lives in Garfield County, and was acting as Tina’s campaign manager for her run for Secretary of State. With Tina’s recent felony indictments for election tampering, and with the Colorado Republican Party publicly calling on Tina to suspend her campaign, Sherronna has likely lost her current political gig and will no doubt next be looking for some other way to get an election denier in office while making money from the effort. Sherronna could even run for County Clerk herself, since the job pays an attractive $104,000 a year — pretty good money for a mobile day spa operator with few qualifications. And as we’ve seen with Tina, running for the job has no prerequisite of understanding Clerk’s office operations. For now, Sherronna has escaped criminal indictment herself, and she has deep-pocket money man and election denier My Pillow Guy Mike Lindell in her corner. Clerk and Recorder is a real job that involves real work and real accountability, which may put Sherronna off, but we wouldn’t put it past her to aspire to the office purely as a way to grandstand, draw attention to herself and parade her extremist chops, like Tina has.

The office of Clerk and Recorder, even in an outlying county like Garfield, is a good jumping-off platform to run for higher office. Anyone, Republican or Democrat, with state-wide political ambitions could be interested in this office. It’s just the kind of thing that Bishop would be all over, one way or another.

Garfield County needs to assure they elect a responsible, law abiding citizen as their person operating elections. To this end, the GarCo Democratic Party is working to find a reality-based candidate who solidly supports American democracy to run for county clerk. This isn’t a far-fetched notion, either, because in GarCo, it is an actual realistic possibility that a Democrat can get elected.

To that end, GarCo Dems are reaching out to Mesa County citizens seeking a few donations to put together $3,000-$4,000 to run some targeted social media ads to raise awareness of the open Clerk & Recorder seat and to help them find a qualified candidate to run. Social media ads are relatively inexpensive, but they’re not free. Please consider helping Garfield County by putting some money in their hat by following this link: https://secure.actblue.com/donate/actionplan