Kyle Clark of 9News in Denver reported yesterday (video) that convicted felon Rod Blagojevich will headline a Saturday, May 14, 2022 fundraiser for indicted Mesa County Clerk Tina Peters‘ campaign for secretary of state. The fundraiser will be held at Dunafon Castle, a wedding venue in Lakewood, Colorado owned by Debbie and Mike Dunafon, who also own Shotgun Willie’s strip club in Glendale, Colorado. The Dunafons are hosting the fundraiser. The cost to rent the venue on a Saturday for a group of up to 150 people is $9,400.00. 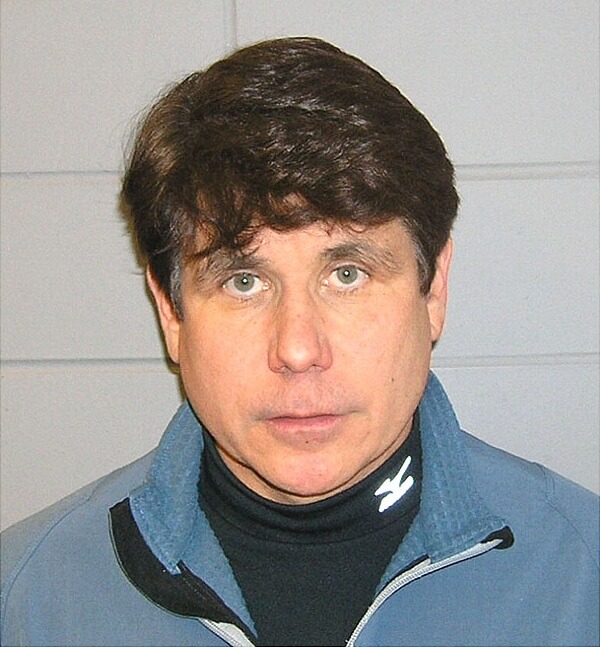 Tina Peters’ mugshot for her arrest on 3/9/2022, charged with 8 felonies and 3 misdemeanors related to election tampering

Blagojevich is the former Illinois governor (2003-2009) who was arrested for trying to sell Barack Obama’s open Senate seat after Obama was elected President in 2008. On January 9, 2009, the Illinois House of Representatives voted 114-1 to impeach Blogojevich on charges of public corruption. The state’s Senate then voted unanimously to remove him from office. Blagojevich was then tried by the federal government and convicted on June 27, 2011 on charges of wire fraud, attempted extortion and conspiracy to solicit bribes. On December 7, 2011, Blagojevich was sentenced to 14 years in prison, and on March 15, 2012, he reported to the federal correctional facility in Englewood, Colorado.

Tina Peters has been indicted on multiple felony charges related to election tampering, as well as contempt and misconduct charges.

Clark also reports that as of the last campaign period filing, Peters has “seriously out-raised” Pam Anderson, her closest competitor in the Republican primary. Unlike Peters, Anderson does not believe the 2020 election was stolen or rigged in any way, and does not believe massive voter fraud occurred. According to the Grand Junction Daily Sentinel, Peters has raised three times more than Anderson, with a large majority of Peters’ money coming from out of state. Only 3.5% of Anderson’s donations have come from out of state.