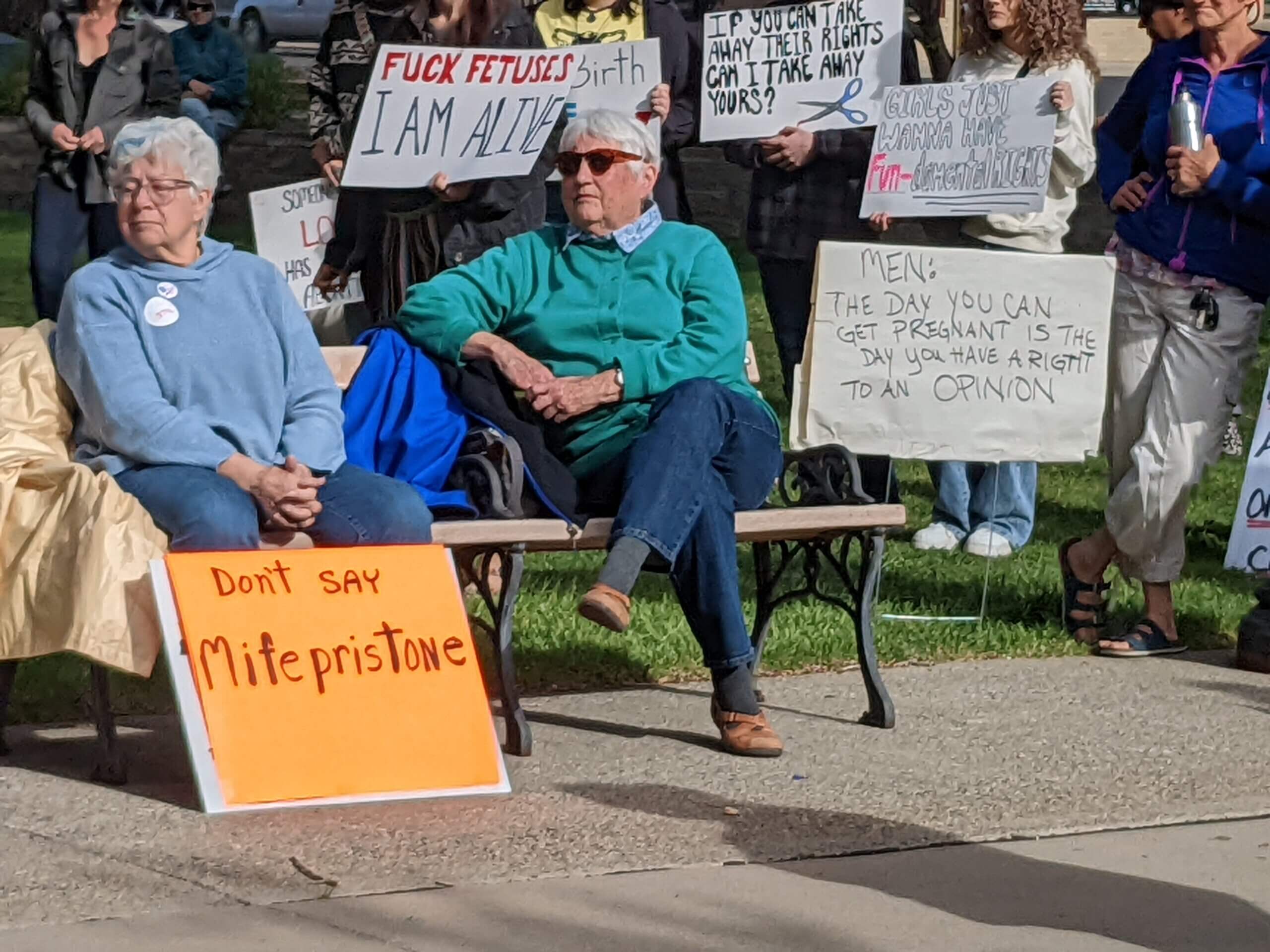 Supporters of abortion rights attend a hastily-called rally in front of the old Mesa County Courthouse on 5/3/22 to protest an impending Supreme Court decision that threatens American womens’ right to obtain an abortion.

The Mesa County Women’s Right Action League organized a rally on short notice today in response to a leaked draft of a major Supreme Court decision published by Politico that indicates the far right majority on the Court will vote to eliminate women’s constitutionally-guaranteed right to obtain an abortion, a right women have had for 50 years. The rollback of womens’ freedom would be unprecedented.

Featured speakers included Jennifer Hancock, a board member of Cobalt, a Colorado-based organization that that helps people get access to abortions, Heidi Hesse of One Colorado, Jeriel Clark and Pastor Valerie Carlson of the American Lutheran Church.

Hesse told the crowd, “The reversal of Roe, even the hint of it, devalues more than half or our country’s population, and it must not be tolerated nor taken lightly.” She encouraged people not to feel defeated by the Supreme Court leak, but to use it as a motivator to get others to register to vote and get active. Pastor Carlson spoke about on how Christianity should not stand for unwarranted intrusions into other people’s personal lives. Clark discussed personal experience with becoming pregnant at 16, and the difficulties she encountered in trying to access assistance.

Attendees at the rally expressed anger, despair, frustration, and exhaustion at having to constantly fight for fundamental rights. Some people decried having to fight the same battle they fought 50 years ago. Others expressed frustration at having other people’s religious beliefs foisted upon them to the point where their bodily autonomy was threatened.

About 75-100 people attended the rally, which was called only a few hours prior to 5:00 p.m., through social media. 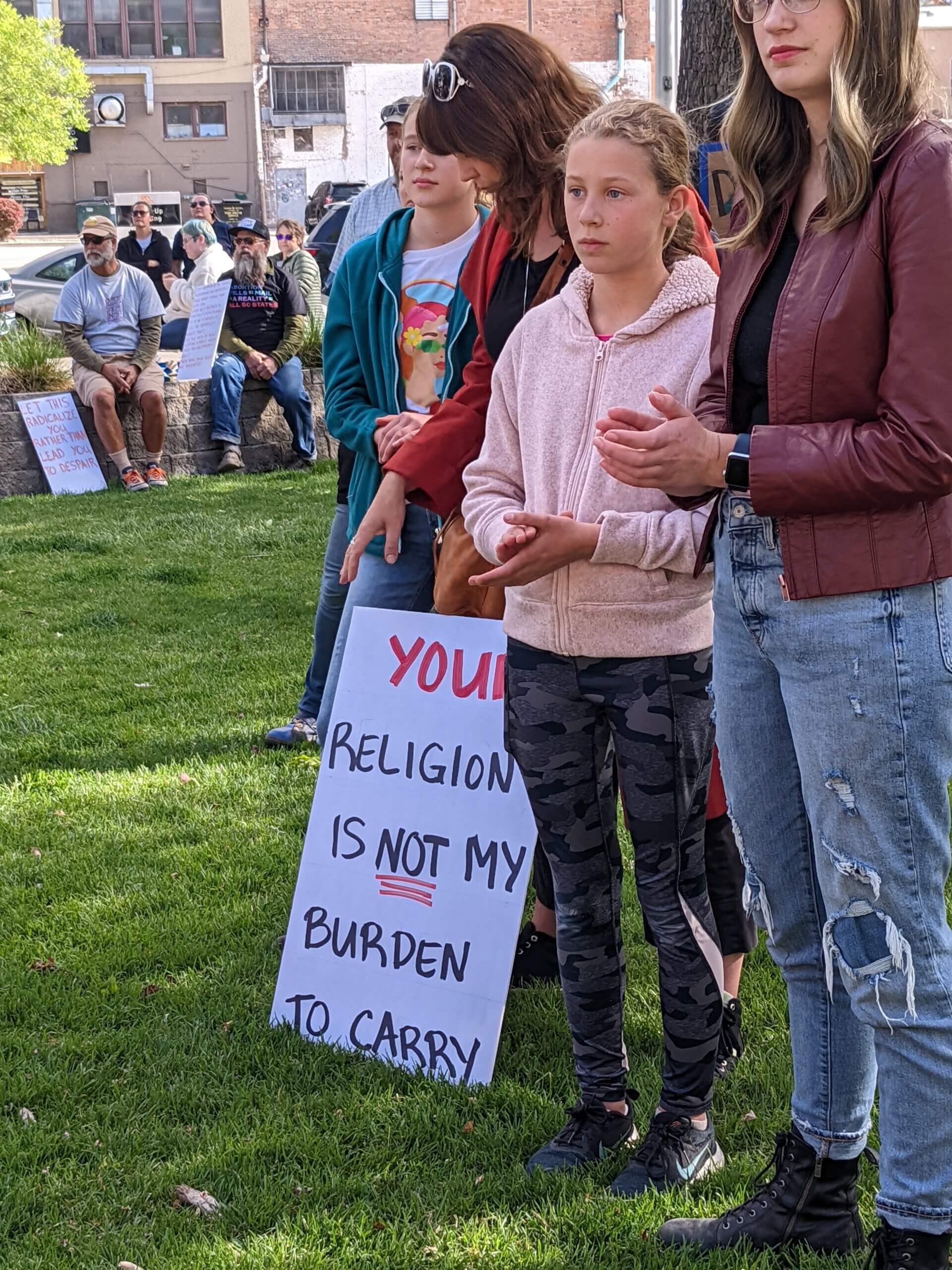 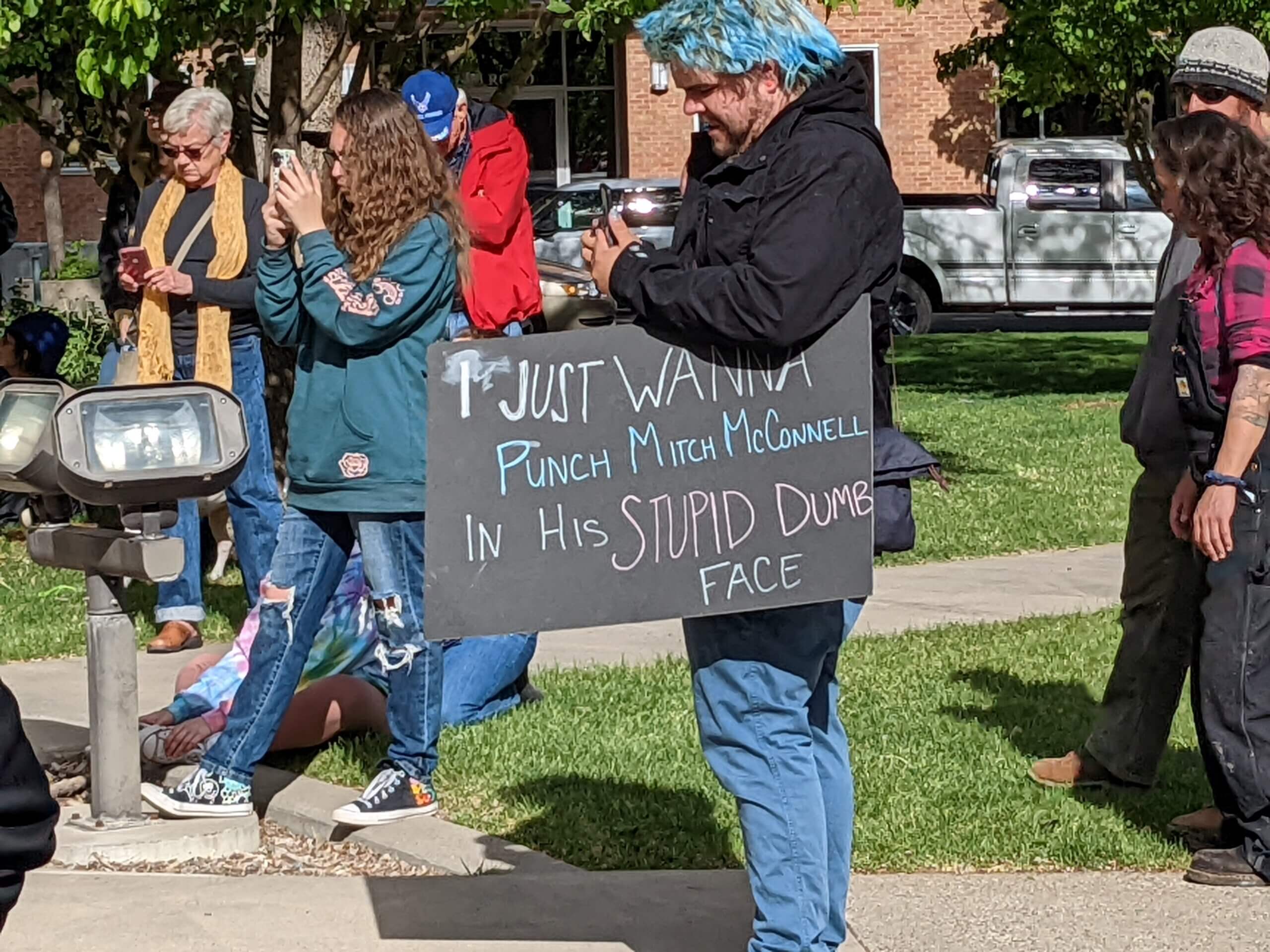