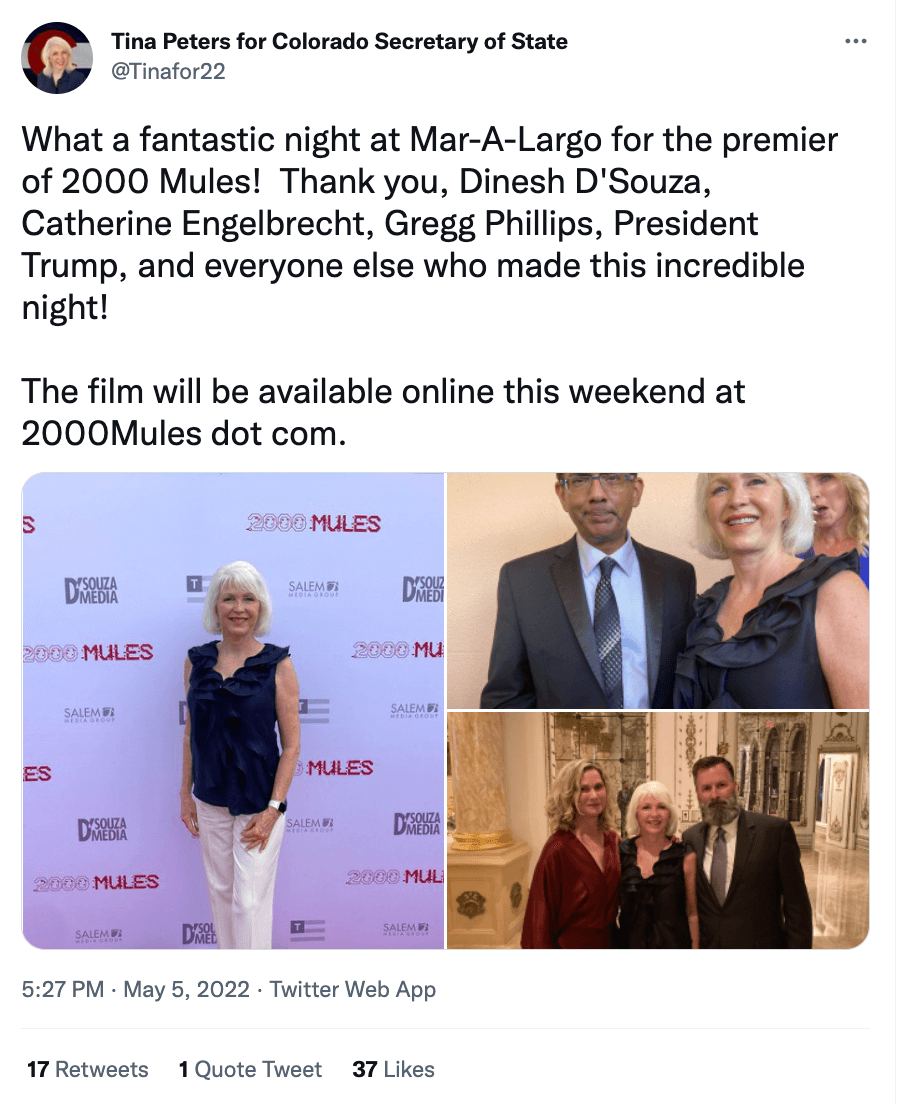 Tweet Tina Peters posted on May 5, 2022, about her trip to Mar a Lago, Florida

Indicted Mesa County Clerk Tina Peters, who is out of jail on $25,000 bond, went to an event at Donald Trump’s estate in Florida on May 5.

As a term of her bond, she was ordered not to leave the state, and would have to have obtained approval from the court before making this trip. The only exception the Court granted to this requirement, made at the time Judge Matthew Barrett lowered her bond from $500,000 to $25,000, was for Peters to attend the funeral of her father, who died in North Carolina during the night she spent in the Mesa County Jail, according to Peters’ attorney. It is unclear whether Peters sought or received approval from the Court for this trip. UPDATE: Peters has now been granted permission by the Court to leave the state.

At the time her bond was lowered from $500,000 to $25,000, District Attorney Dan Rubenstein asked that Peters not be allowed to travel outside the state, citing that Peters had left the state, gone into hiding and remained in unknown locations for about 5 weeks after the data breach of election equipment she facilitated last August was publicly disclosed. Peters’ weeks in hiding were facilitated by the multi-millionaire CEO of the My PIllow company, Mike Lindell.